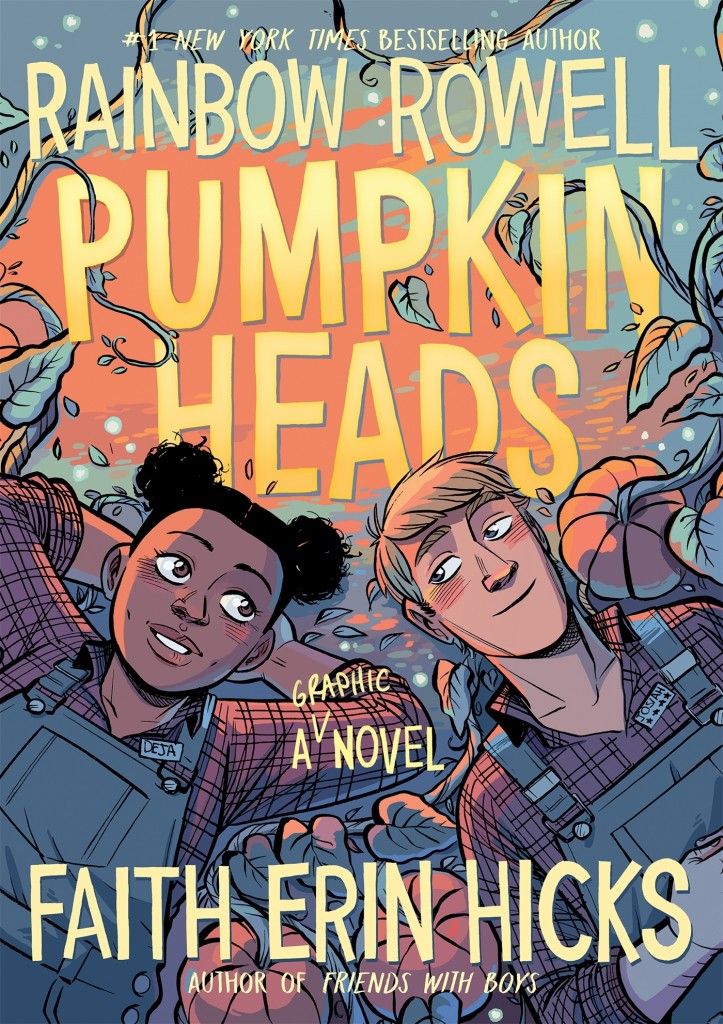 Two friends, one last year of working together, one last moment to do things.

A cute October book (though I totally forgot about it until the day after October, oopsie). It is about two best friends who work at the same place each fall and all they do and get into on their last day.

When Josiah finally meets up with his crush.. well things happen and he finds out things. I will put it under spoiler tags.

I had quite a laugh at seeing the goat pop up at times and see people run away from it and people trying to capture it.

I did like Deja and Josiah, though I have to say that I found Josiah looking way older than he is. I would rather say he is in his twenties rather than 18-ish. I did love how dedicated he was to making sure that the guests had a good time, sure, maybe at times he was a bit too obsessed with the whole employee of the year. But maybe that is because it is such an US thing and it seems like something that would work against people and being a team.
Deja was quite cute, though at times a bit too pushy. I did love how much she loves food and how she went to try out every food and the mishaps that happen with that.

The art was cute though, really cute even! Then again Faith Eric Hicks is one of my favourite artists. <3

All in all, even with the odd ending (which was cute, but no, I am not going to talk more about it), I had tons of fun reading this one. I loved seeing the place, seeing Deja and Josiah, I loved the autumn vibes that just flowed out of the pages.