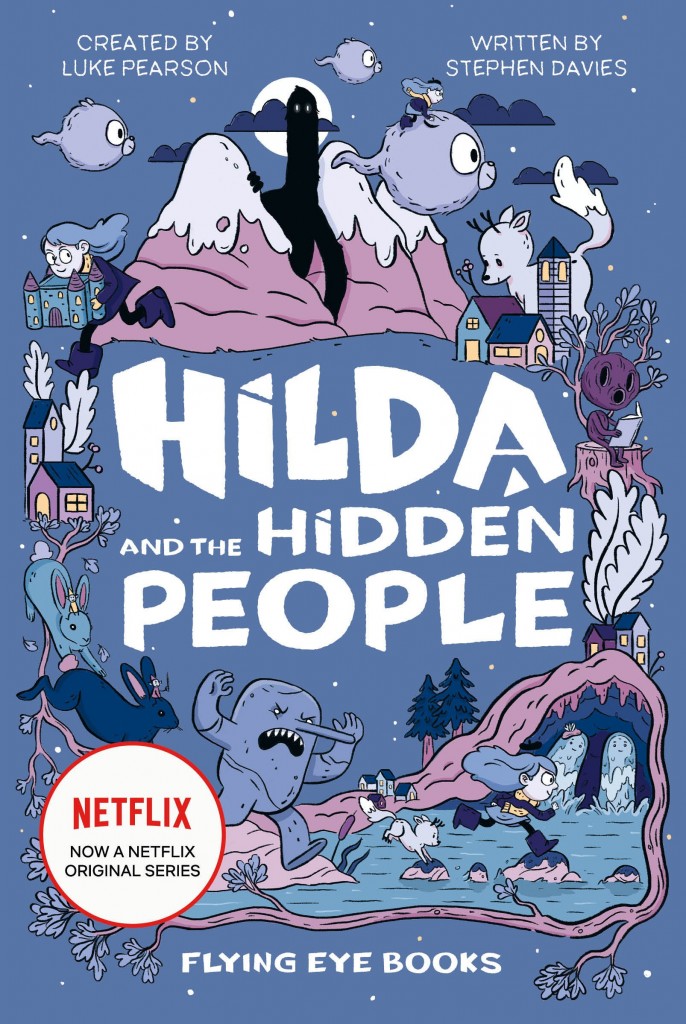 Read this book in Dutch, will write a review in English. This was a lot of fun!

I am giant big fan of the Hilda series. I read the graphic novels 2 times, saw the Netflix show twice, and was definitely eager to try out this book series as well. It was warned that it would be pretty much the same as the Netflix show, but I knew I wouldn’t mind it. Anything to go back to Hilda’s very interesting world of awesomeness.

In this one we follow the events of the first two episodes. We meet Hilda as she explores the mountains surrounding her tiny house. We see her meet a troll (girl, really, you should not disappear so much in drawing when so close to dangerous things), and then we see how Hilda and her mom are under attack from the elves (I am still not a fan of those critters, I mean come on, if you guys just showed yourself and maybe explained that Hilda and her mom are smackdab in the elf territory I am sure they would have understood. Instead you guys are being mean and rude.). I loved that Hilda wasn’t going to let some elves run over her and her mom. And her precious home that is in the middle of nature. She sets out to fix things, with the help of a new friend, Alfur who is an elf. Their adventure to set things right go very far and I loved it. I loved how Hilda didn’t shy away from any adventure and any riddle set in front of her.

In the meantime we meet a big giant, or at least for most of the book Hilda just sees him pop up around midnight and sees big footsteps. He will be part of the story much more later on and get entangled with the elf story.

We also get a first glimpse at Trollberg, as Hilda’s mom is out looking for a new home. You may just imagine Hilda’s reactions to it, and I could understand. She only knows all the freedom, no school, no restrictions, just pure nature and all the magic. She can explore as much as her heart wants and Trolberg does mean no more of that. Or at least.. that is what Hilda thinks. Those of use who have seen and read the series know that Hilda’s adventures will continue and get more wild than she may every have expected.

I loved how well this was written. Yes, it was the story from the series, but it also had a different vibe along with the already present vibe that I know and love from the series (GN and Netflix). I flew through the book and before I knew it I was at the end of the book. All I want now is more of it. More of this series. Because despite it following the series to the letter it was just fabulous. And another way to tide me over to the next season that is set to come in 2020.

There are also illustrations throughout and I loved them. They made the story come to life even further and made it so much fun.

All in all, I need the rest of this series and I hope that this author will keep on writing as there are plenty of episodes and story left to tell. I would recommend this one to everyone.