A happy weekend and a magical welcome to the Book Blitz for Basics of Spellcraft by L.C. Lawson. A gorgeous cover, magic, romance, and oh yes boarding school (I love books with that).

For today’s blitz I got an excerpt from the book, a giveaway (open for everyone), and book/author information. 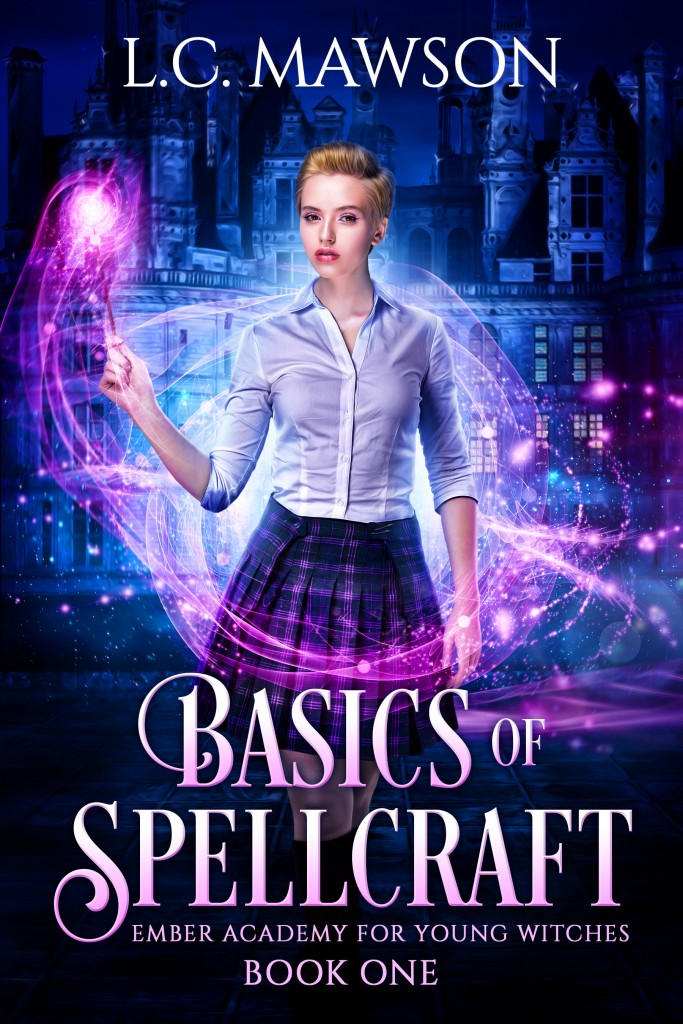 Ancient curses. Blocked memories. And an Academy for young witches that might just hold the answers.
I should have known something was wrong when my weird aunt arrived in town just as I started getting killer headaches.
But how was I supposed to know that it was a sign of repressed magic?
Or that an ancient witch had escaped her tomb and sent demons after me?
Demons who cursed my mother.
I wanted to stay with her, even if she wouldn’t wake, but I was sent to Ember Academy for Young Witches instead. Somewhere the demons hopefully can’t get me.
I need to find a way to lift the curse, but there’s a block on both my magic and memories that everyone is refusing to lift.
A block that might hold the answers as to why an ancient witch is after me in the first place.
If I can figure her out, maybe I can figure out this curse.
My teachers don’t want me digging into it, worried about the danger.
But I don’t care.
My mother was cursed because of me, and I’m not going to rest until she’s safe again.
BASICS OF SPELLCRAFT is the first book in the Ember Academy for Young Witches YA Urban Fantasy Academy series. If you love kick-ass heroines, Sapphic slow-burn romances, and magical boarding schools, you’ll love this latest fast-paced series in L.C. Mawson’s Snowverse. 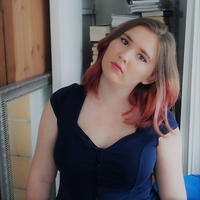 Some say she’s an ancient creature of nightmare that was unleashed from beneath the ocean, come to devour the souls of men. Others say that she’s a cosmic being from the beyond the stars that has taken corporeal form to learn our ways for some unknown end…
In truth, L.C. Mawson lives in a tower in the middle of a haunted forest, far from civilisation and is definitely (probably?) not a witch who curses those who trespass upon her land. And she definitely cannot turn into a dragon that flies over cities in the dead of night and whose cries are often mistaken for an approaching storm. Where did you hear that? That’s absurd…
The only contact she has with humanity is publishing a book once a month, which is definitely just for fun and not part of an ancient contract with a trickster god.

I checked my phone, sure that it must be late into the night.

But no, I hadn’t even been studying for an hour yet.

And ‘studying’ was an exaggeration. It was more like staring into space as my mind jumped between what had happened with the attack, thinking over everything I had learned about magic so far – which was frustratingly little – and brainstorming ways to figure out what kind of curse my mum was under.

If I hadn’t been paying attention, and I couldn’t focus enough to study this afternoon…

But if it was more than one… What if I was this distracted for the next week? Or two?

If I fell behind, I would never catch up, and I certainly wouldn’t be able to catch up once I started learning about magic.

What if I failed my A-levels and couldn’t even get into the local red-brick uni?

What if I couldn’t get into uni at all?

I stood up, closing my textbook.

I needed to do something else.

I was tempted to open my laptop and start up a game of Civ, but I knew that while it would likely distract me, I would be giving up completely on getting any work done this afternoon.

As much as I knew I probably wouldn’t get any done anyway, I wasn’t ready to give up on it so completely.

I groaned. It would be so much easier if I was learning about magic, instead of boring Human stuff.

Not that I found my chosen subjects boring in and of themselves, but it was as if they chose the most boring parts of it to teach us for our exams.

Sometimes, when I needed the kick, I would look up the parts that interested me on Google Scholar and remind myself why I was interested in the subjects in the first place.

I just had to get through this part first.

But I couldn’t deny that I would much rather be learning about magic.

I frowned, looking down, out of my window, to the building Natalie, Charlotte and Lena had headed to earlier.

Yes, magic classes might not be on my timetable yet, but surely there wouldn’t be a problem with me going early and just observing?

And if it kept my attention, then the afternoon wouldn’t be a total waste.

Not to mention, if I knew more about magic, I would probably understand more about what happened to my mum.

That made the decision for me, and I grabbed my bag before heading out of the room.

I straightened my back as I realised that I was skulking.

I was still in the dormitories. I was allowed to be there. It wasn’t as if I was confined to my room or anything. And if anyone asked where I was going, I could just say the library.

I headed downstairs, only to pause at the sound of people in the common room.

Shouldn’t they all be in classes?

But then I remembered that these were the dormitories for people who had yet to come into their magic.

No one here had afternoon classes.

Maybe someone else had tried to join in the magic classes early before. Or maybe I could find a study partner to keep me on-task with my Human work for now.

I peered into the room and froze as I looked at the girls within.

No one looked over twelve, and they were young twelves at that.

What was it Victoria had said?

Fourteen is late, sixteen is an aberration.

And it looked as if no one else in the school was even a little bit late.

No, no one else here had even hit puberty yet.

I headed out of the room, stalking towards the magical classes building, determination in every step.

If I was so late into my magic, I should be able to sit in the classes so that I wasn’t so behind my peers when I finally broke through.

Of course, once I got into the building, I had no idea which room I should try.

Obviously, I would prefer to be in a class with my new friends, but I had no idea which classes any of them were in.

I peered through the small window in the door to one classroom.

No one seemed to be practicing magic yet, all just sitting and listening to the teacher talk. She was tall and had a kind smile that I could barely see through her mass of curly dark hair.

I was about to knock on the door when I heard a voice from down the hall.

“Amelia,” I corrected, having grown attached to using my full name, before turning and freezing at the sight in front of me.

At the crimson eyes and the chill that went down my spine.