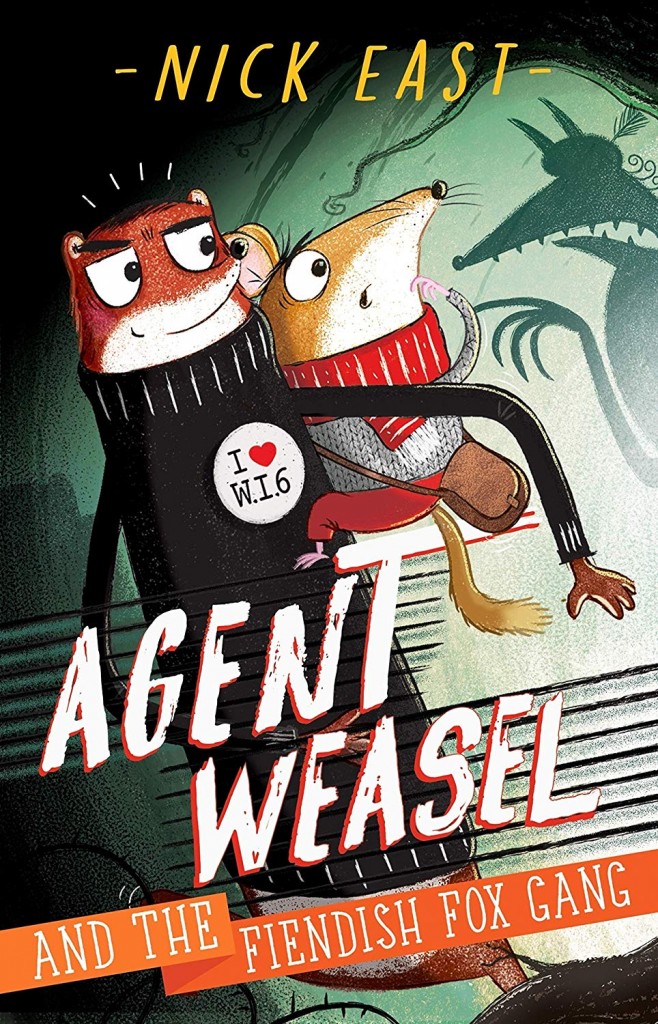 Weasel, agent Weasel here to save the day with his magical fox dance. 😛

This was such a delightful and funny read about WI6 (yes really) and Agent Weasel who works there and gets a new job! The foxes are up to something bad and it is up to Agent Weasel to find out what is going on and to fix it.

I have to say that at times it felt more like a book 2 or 3 in a series. But from what I can find this is truly book 1. But at other times, confusingly, I was wondering why everyone was so hyped about this guy. I mean he busts his disguise/hideout in just mere minutes after the foxes appear, he cannot battle unless he gets his weasel dance activated, he gets captured easily. You would think a top agent would have more brains and more understanding of how to do things. He was an idiot at times..

But I did love this weasel. I loved that he was a weasel, because while I can name various foxes, cats, mice, and other animals, I just cannot think of a book with a weasel as the main lead. I loved that he is a superspy and that he gets cases like this. Exciting cases. Oh, and I love that, despite blundering through things, he still does his best and has some brilliant ideas (like when they found out why Von Fluff was so angry he had a magnificent plan to make her happy again, which is wonderful). And come on, his dancing was pretty hypnotising and awesome. And deadly… I guess. 😛

I loved the case and I loved seeing what the foxes were up to, in the end I hadn’t even expected that, but I can imagine she became grumpy, I would have become grumpy to. No worries, I won’t shave any badgers bottoms if I get grumpy.

I am so happy with Vic and Viv and I hope that they will get a prominent role in the next books because I just love the twins(? I am thinking they are giving their build/looks/names).
I also loved Doorkins, one wouldn’t expect it but this is one brave mouse and I loved how well he works together with Weasel. Plus their friendship was just the sweetest (like for instance instead of complaining about the horrible singing Weasel did once a week he just put a sock over his ears because he knows Weasel loves singing).
Then there are various other characters. Like H the Hedgehog. The stag beetles. Agent Mole. Oh, and we cannot forget Muriel the moth! I never thought I would see a moth being used as a messenger.

The book is also heavily illustrated and I can only say that I am an absolute fan of them. Their style just fitted with this spy + humour book perfectly.

All in all, I want the second book, and I want it now. I want to see what is next in line for our superspy and what kind of animals he will meet this time.