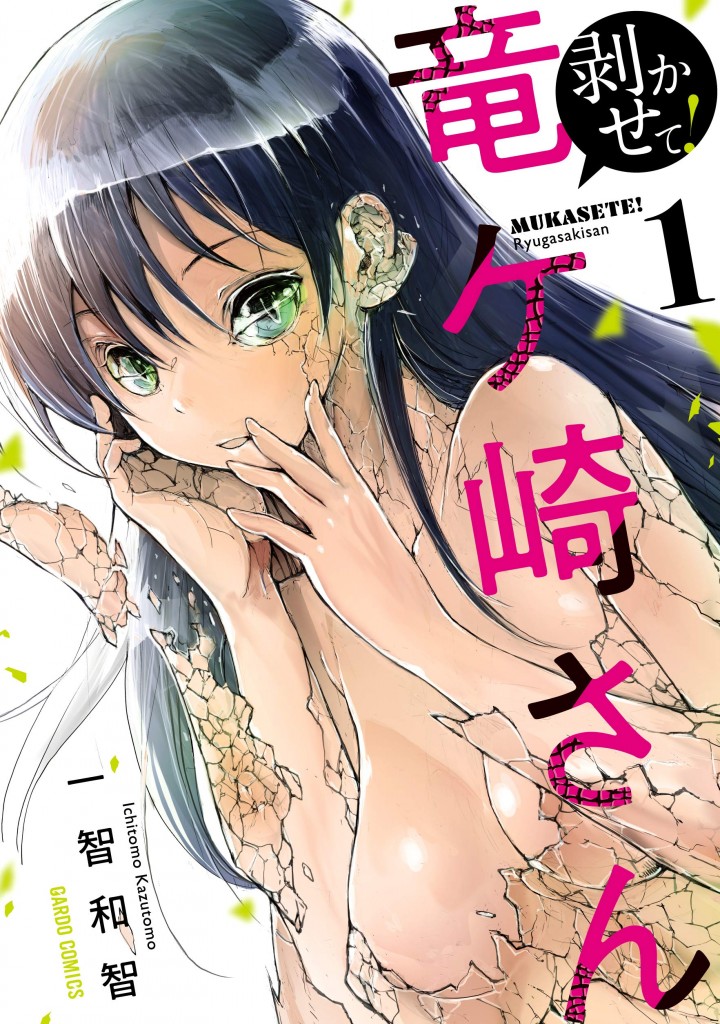 A girl who is half lizard and a boy who just loves lizards and them molting. It sounds cute.. but it got real creepy.

I fell in love with the cover, and then especially with the girl’s eyes. They are quite stunning. But I also liked the blurb as I was kind of interested about the girl and why the boy loves her shedding her skin so much.

But this one just mostly creeped me out. Oh, and pissed me off to no end. The guy is just a disgusting dude. From the first chapter alone I already had a big NOPE when we saw what he was building from the molt/skin that Ryugasaki threw away (later we learn she did it on purpose as she saw him drooling over the fact she was about to shed). How did the girl react? Oh, she didn’t mind apparently. What the hell girl? I would be super pissed off at the idea that someone build THAT from my skin. And then probably reporting him.
And for the rest of the book he mostly cares about her leaving a molt as his previous molt (again stolen from the trashcan, ewww) kind of fell apart. It goes so far that the girl even waits with shedding so he can have her skin. Which ends in her having terrible pain as she should have shedded already.

Then later it seems things go better… but then they don’t. At times I see that he can care about her beyond what she is (aka a lizard who can shed its skin), but at times he is just such a dick.

I do love the girl though, she is sweet and caring, though she needs to have better taste in guys. For real. If you pick a guy who is mostly interested in your skin. And does those things with it. I would say run run run fucking run. I totally doesn’t get why she is in love with him, but I guess love makes blind (and stupid).
I loved seeing the various lizardy things she has, from molting to gecko sticky hands. It is quite interesting what we learn about her throughout this volume. Plus, her eyes were gorgeous.

I do have questions. Are there more people like her? Are there also other animal/humans wandering around in the world other than her family? I would like to see this explored a bit further so that we can get a better idea of the world and the people in it.

But yeah, with that horrible guy.. I am just not sure if I want to continue.