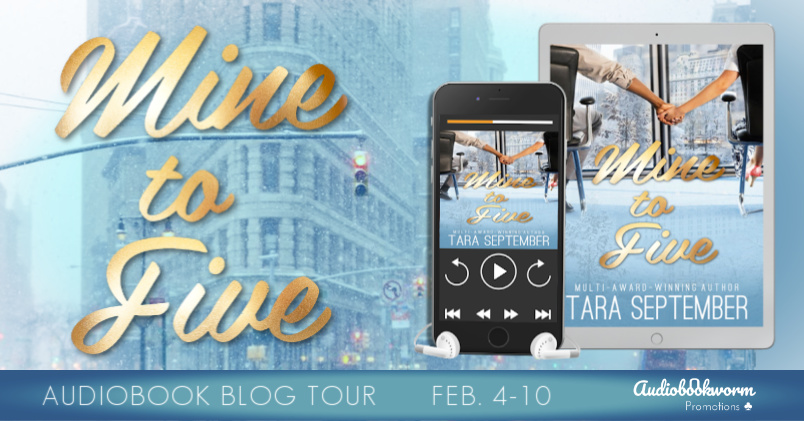 Welcome to the Blog Tour for Mine to Five by Tara September and narrated by Verla Bond~ Yep, I am here with a new kind of tour (audiobooks) and I signed up with a new tour host: Audiobookpromotions!

For today’s post I got an audio excerpt you all can listen to, plus I got information on the book + author and narrator~

Let’s get this tour started~ dances 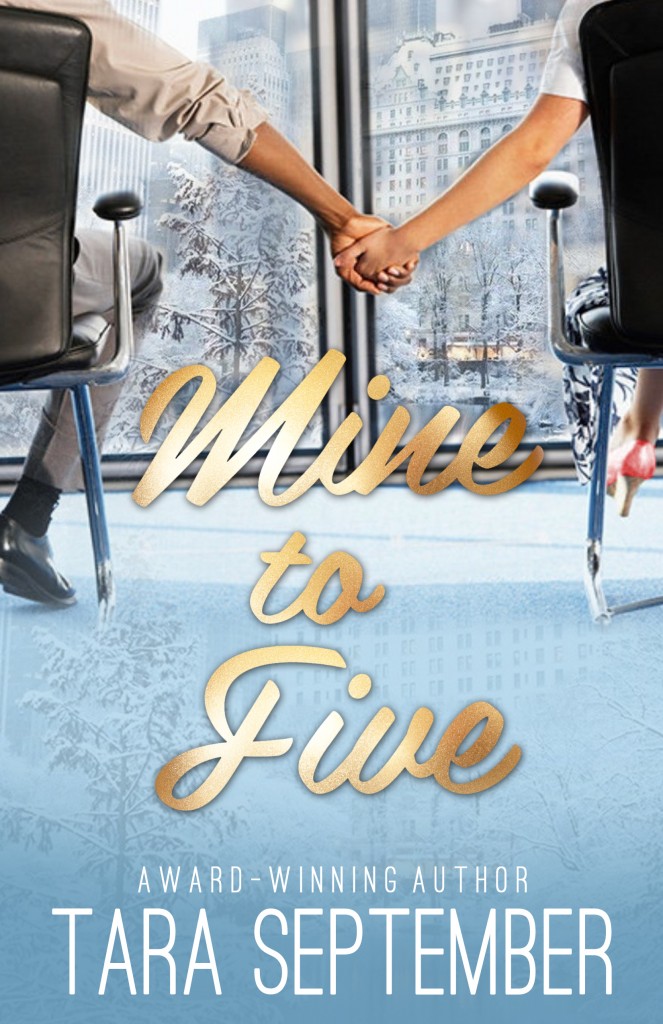 ’Tis the season for an office romance!
Working beyond nine to five and barely getting by, Melanie Thomas is eager to celebrate the impending holiday season and to toast the start of her dream marketing job over drinks with her boyfriend. Unfortunately, he has different plans – like seeing other women.

Indulging in a pity party with tequila, Melanie confides in a sexy stranger at the bar. It’s almost Christmas. One night of letting go won’t hurt anything, right? Turns out, it just might, when the stranger is her new boss. Determined to succeed at her job, Melanie won’t be scared away. This is her chance, even if her hot boss has her feeling all merry and bright and wishing for a less-than-professional relationship.

Matthew Ryans is burned out and on thin ice at the company he helped build, unless he gets his head back in the game. Yet, his head, both upper and lower, are quickly becoming obsessed with his new assistant. Still, he can’t seem to fully begrudge Melanie’s distracting presence and the Christmas joy she brings with it. Especially considering that her enthusiasm has him reenergized.

For once, he is longing for Mondays, but with his heart and job on the line, he can’t risk blurring the lines no matter how strong the lure of holiday mistletoe is.

Will their holiday passion be able to fuel mutual career success, or will it only get in their way in the New Year?

Tara September is an award-winning… and losing contemporary romance writer living in Southwest Florida.
Tara is proud to be the world’s most okayest mom to clones (identical twin boys). When not writing out her daydreams, she blogs over at When Tara Met Blog @tarametblog, a lifestyle and parenting blog of 14 years.
Holding a master’s degree in journalism from NYU, she previously was the Corporate Communications Manager at WWE and PR Manager for The Walt Disney Company, Consumer Products.

Verla Bond is an American actor, improvisor, and storyteller, who makes her home in Los Angeles, California. She enjoys performing on the stage and screen, but especially loves recording audiobooks, where she gets the privilege of playing all kinds of diverse characters, such as British vampires, Irish leprechauns, and Southern gentlemen.