Welcome all to the Blog Tour for Playing for Keeps by Ashley Bostock! A book about fake dating (and fake marriage) but I am sure that in the end these two will not call it fake any more.

I got many things for you for this Blog Tour. You can read an excerpt from the book (with the marriage), I got sexy teasers, there is a giveaway, and of course I got book/author information for you all to read!

Let’s get this tour on the road~ 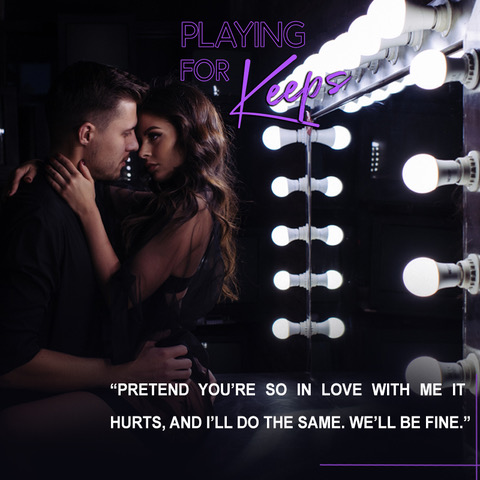 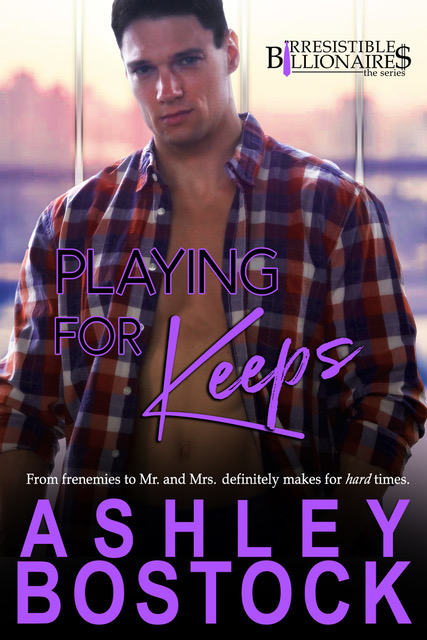 CEO Justin Hollinsworth’s playboy ways have his board of directors in a tizzy. Apparently, him bedding a different beauty every night somehow offends the company’s morality clause. The penalty of which could be sharing his CEO title with his brother. So far, his billionaire status has bought him the upper hand. But time is running out. His only option is to find a wife and pretend to settle down, in hopes of appeasing his uppity board.

Who better to ask than his ex-best friend?
Mercedes Nicholson isn’t a careless business owner. When she fronted money to an associate, she trusted she would be paid back. That was her first mistake. She was fearing it would cost her a lifetime of work to dig herself out of that hole, when Justin came back into her life with an unconventional offer. One that might just save her business.
But Mercedes has a secret it will be impossible to keep hidden. To her, Justin was always more than a friend. He was the boy that stole her heart when she was a gangly eight year old. Now, she’s a grown woman with the desire to do unspeakably naughty things to him. Can she fake a marriage to the only man she’s ever loved? Or will real emotions get in the way of the perfect ruse? 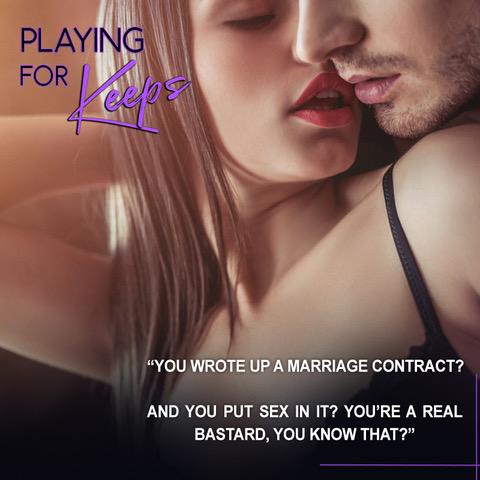 Ashley Bostock was born and raised in Colorado where she currently resides with her husband, two children and her animals. She loves reading, writing, and music and is always trying to find more time in the day to incorporate all three.
Seeking an outlet and pursuing her life-long passion for writing, she began composing her first novel in 2013. She has traveled all over the world, but still has an extensive list of places she would love to visit. Anywhere near a sky-blue ocean will always be at the top of that list.
She carries a Bachelor’s Degree in History with a concentration in Elementary Education from Metropolitan State College of Denver. While she loves children, she now fears teaching, which probably has something to do with being a stay-at-home mom.
She would love if you followed her at any or all of her social media pages!

“Kiss your soon-to-be-bride!”
The group clapped and cheered. The women whistled. Her stomach clenched with anxiety as she knew what was to come.
She watched Justin’s controlled movements as he set his near-empty flute on the table, and before she could down the liquid courage, he took it away and set it next to his.
The look in his eyes was feral.
It was going to be the kiss of a lifetime.
She curled her toes against her sandals as Justin bent his head to hers. His lips possessed hers, taking everything as if it were his. His mouth was hot against her lips, and his teeth were almost too sharp, too demanding, as he plunged his tongue inside her mouth.
Holy fucking hell.
She was dead.
How am I going to keep my feelings for him at bay when he touches me like this—when his hands cup my cheeks?
Her panties were more soaked than they should have been right here, right now, in front of eight other people, a dog, and countless neighbors who were likely wondering what all the cheering was about.
As if he needed to add more to the show, Justin’s hands smoothed down her legs, and she was suddenly wrapped around his waist as his mouth crushed hers. His hands rested against her upper thighs. With any sudden movement, his fingers would find out for themselves how wet she was for him.
Bad. Bad. Bad.
Don’t think of how he feels between your legs.
Do not! Mercedes! Do not suck his tongue.
Ohh, hell. So much for listening to that last thought, especially when a low groan came from his throat. She sucked it again.
Her nipples were so tight and hard against her bra. It was sheer luck that she wasn’t ripping her clothes off in front of everyone.
This has to stop.
Mercedes pushed against his broad chest, and Justin finally unlocked his lips with hers.
Jeez-us. His plump lips were coated with their saliva, and his chest rose and fell as hard as hers did. She hadn’t even realized she’d had her hands moving through his hair until she saw how mussed up it was. Her arms rested on his shoulders. His eyes elicited a challenge like no other, as if saying, Do it again, kitten. I dare you.
He released her slowly and with purpose. He held her tight against his body as she slid down his torso, and his erection rubbed against her in all the right places.
After a lifetime, her toes touched the ground, and a shiver raced a marathon down her spine. “You’re a bastard,” she whispered so only he could hear.
Justin gazed down at her with those heated brilliant blue eyes, that she swore could see what her heart was feeling. “Being a bastard has never felt so good, Mercy.” 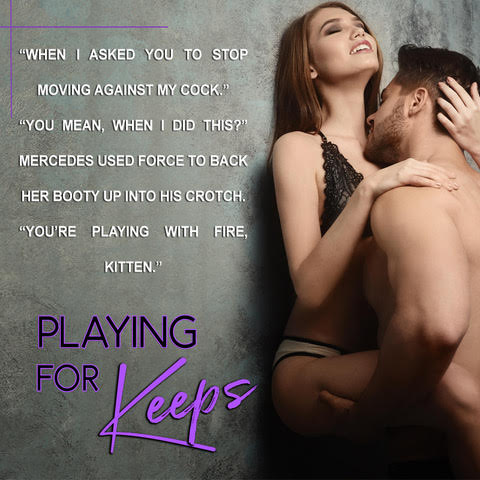 An IRRESISTIBLY SWEET giveaway
The author has a giveaway, just fill in the form here to have a chance to win a lot of fun prices!
This Blog Tour was organized by: