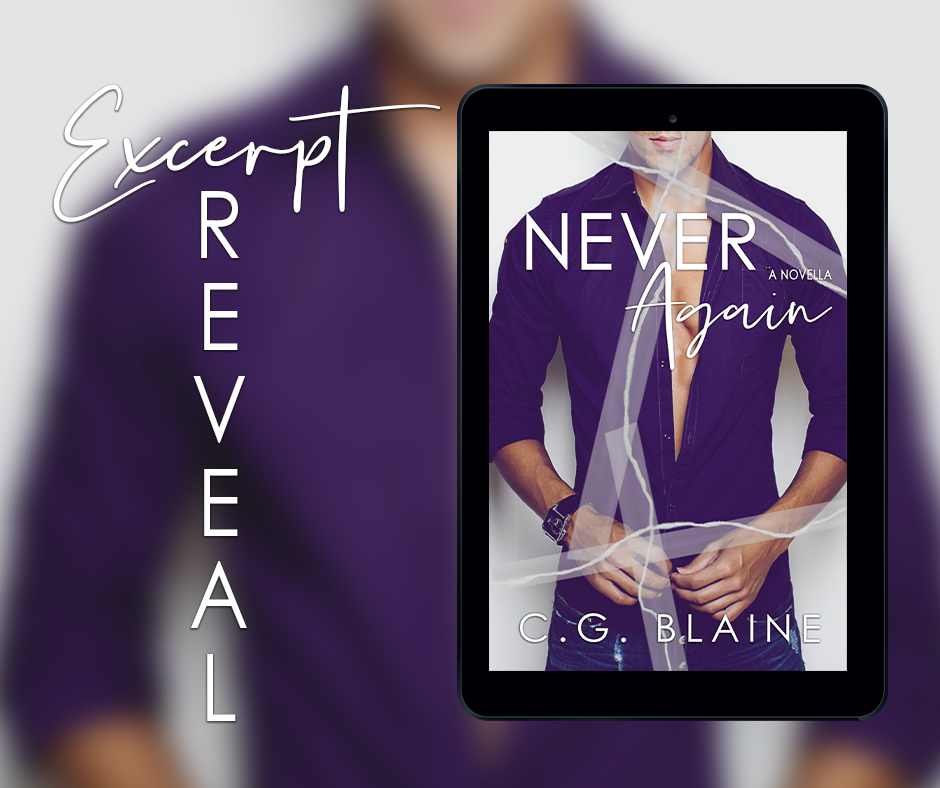 A big warm welcome to the Excerpt Reveal for Never Again by C.G. Blaine! I am happy to reveal the excerpt~

Next to revealing an excerpt, I got information on the book (which is coming out March 6th)/author, and a link to the author’s facebook as you can win an Amazon gift card. 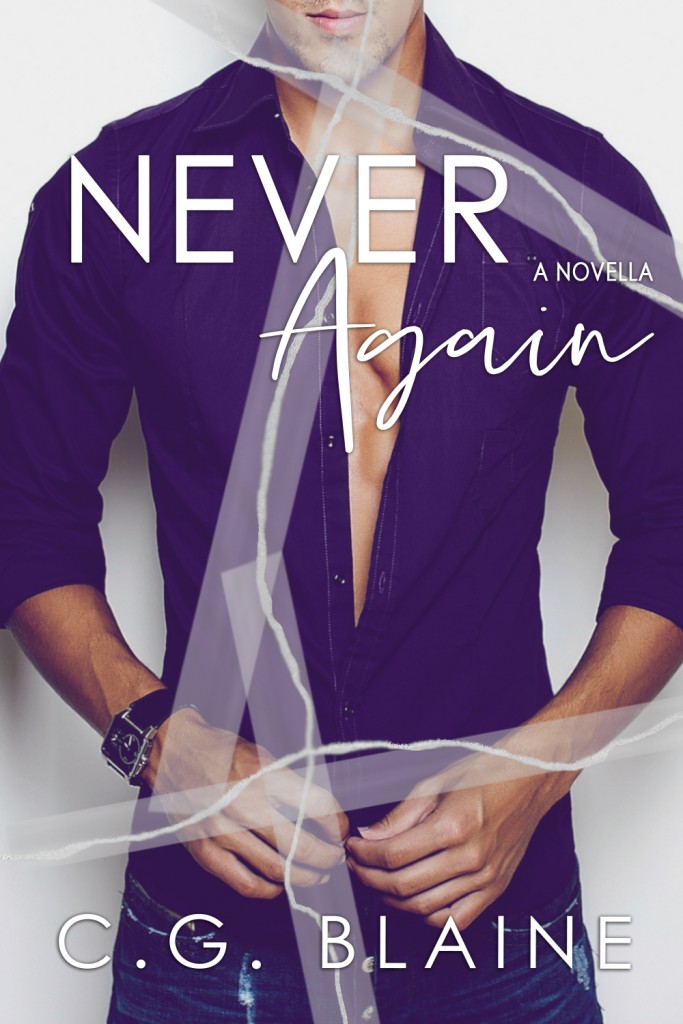 When Emilia Evans told Hudson she never wanted to see him again, she thought never would last more than two years. Now he’s everywhere, determined to win her back. The more he reminds her of everything they once shared, the more she needs to hold on to the reason it all fell apart. Because Hudson St. James is a liar, and if she lets him, he’ll destroy her all over again.
Hudson screwed up when he let Emilia walk out of his life without fighting for her, and he refuses to make the same mistake again. He never lied. Never betrayed her. But since he can’t prove it, he’ll have to find another way to rebuild what they lost—even though he has no idea what really ruined them in the first place.

C.G. Blaine writes contemporary romance and new adult novels. At one time, she was cool. Now she lives in the middle of nowhere with her husband and plays pillow to a forever-hangry, blind cat. She’s terrible at texting back, and if she’s overly nice to you, chances are she’s not a fan.

So this strange thing happens after high school. The memories, the students—they freeze in time. No matter how many years pass, it feels like it happened yesterday, and the people stay their teenage selves in your mind. Even if they develop rippling muscles and scruff on their jaw, beneath it all they’re the same asshole who weaseled their way into your life just to steal your scholarship and drop right back out like it never happened. At least, that’s the person I see when I swing open my door to Hudson St. James.
It’s been over two and a half years since I told him I never wanted to see him again and left him standing on an empty graduation stage. And now he’s darkening my dorm room doorway.
I’d stand and stare in shock if not for the two hundred pounds of dude that barrels in, desperate to reach my roommate on the other side of the room. Anika’s new boyfriend tackles her on her bed, growling and making her squeal while I regain my balance, eyes still locked with Hudson’s on the other side of the threshold.
He looks far less surprised to see me than I do him. As unshakeable as ever. It irritates me, so when he opens his mouth to speak, I slam the door in his face.
“What the hell, Emilia?” Anika crawls out from under her boyfriend and gives me her not in front of Luke look, which she’s perfected in the two weeks they’ve been dating. I hold up my hands in surrender and back away as she rushes to let Hudson in.
Ready to make an escape, I grab my bag off the floor, but when I turn around, she’s waiting for me. So is he, his dark eyes set on me the way they used to be every time I entered a room. Except now, instead of sending my heart bouncing around in my chest, the attention makes me itchy.
“Emilia,” Anika says, clinging to my ex’s arm, “this is Luke’s friend Hudson.”
He lowers his head and looks up at me through thick black lashes. “Hey.”
A Hudson St. James specialty: the sexy gaze and raspy voice. Screw itchy, I’ve practically broken out in a rash being this close to him.
Since it’s unclear if he’s acknowledging we know each other, I give a noncommittal nod on my way around him. The urge to scratch his presence off my skin remains until I round the corner to the stairwell.
The common area downstairs is empty per usual. Most people opt to hang out anywhere other than a musty basement last updated before they were born. I, however, enjoy the solitude and have claimed it as mine. Dropping onto the couch, I cover my face with a pillow and breathe in the combination of stale smells on the fabric. Once I’ve rid my nose of his cologne, I pull out my laptop to watch a film for psych. I slip in my earbuds, determined not to let his sudden reappearance in my life affect me.
It works until twenty minutes in when a shadow casts over me. I glance up to see all six foot three of him in front of me, blocking the light fixture hanging from the ceiling. We stare at each other while Beethoven plays in my ears and Richard Gere directs a symphony on the screen between us.
We’d gone to school together more than three years before we ever said a word to each other. Back then, I was quiet, shy and inconsequential. I was biding my time, working my ass off to earn our town’s coveted Everything Scholarship. Funded by an anonymous donor, it pays out exactly as promised to one senior every year. A student’s grades, extracurricular activities, volunteer work, and even driving record are taken into account, and once awarded, the scholarship covers tuition, books, living expenses—everything—for as long as the awardee continues their education. I had it locked down. Until Hudson and his broody lips and expressive stare.
Yanking out my earbuds, I cut off Mr. Jones when I close my laptop. I slide the computer back into my bag and stand, once again preparing to flee. The space already fills with him. The air warmer from the addition of his body heat, the mint in his gum assaulting me.
Hudson stays in place, not leaving me much room, but I maneuver around him without physical contact. I make it to the door before he says, “Emmy.”
It all floods back. Months’ worth of taps on my bedroom window and lying in the grass in the dark and sweet moments on either side of the bell. Every word he spoke, whispered, and promised. And how he broke them all along with my trust and every part of my heart I’d stupidly let him infiltrate.
I force myself forward, not looking back at him. Down the short hallway and up the cement stairwell with gritty black strips on each step for added traction, his footsteps scrape behind me, following but not chasing. He never chases, never needs to.

Giveaway!
The author is giving away a 10 dollar Amazon Gift Card on their facebook page!
This Excerpt Reveal was organized by: