Welcome to a brand-new Waiting on Wednesday, sorry for the lateness but I just had to bake a big batch of cookies (60+) to feel a bit happier. Yay for baking! Now back to this week’s WoW: The Vanishing Girl which is the first book in the Daphne and Velma YA Novel series. OMG HYPE!

I am big big big Scooby Doo fan, having seen almost all series (with the exception of the newest which I still need to watch, and I dropped the season before that as it was just boring) and almost all movies (if I can get them I watch them). I grew up with Scooby Doo and it is still a big part of me. So imagine my delight when I see that the ladies from Mystery Inc, Velma and Daphne (who at times I also ship) get their own series. This seems to have a whole different spin, no Scooby and no Mystery Inc. I am a bit sad about that, but on the one hand that does open to a lot of possibilities. Though I am still hoping that Fred, Scoob, and Shaggy make an appearance somehow. That they still exist in this universe.

Of course, I am dying to read about the mystery and see how the girls are going at it to solve it. The cover isn’t entirely my favourite, Velma’s haircolour doesn’t seem right (she has reddish/brown hair) and the style of the characters… eh.

Now I just got to wait until next month! Argh! 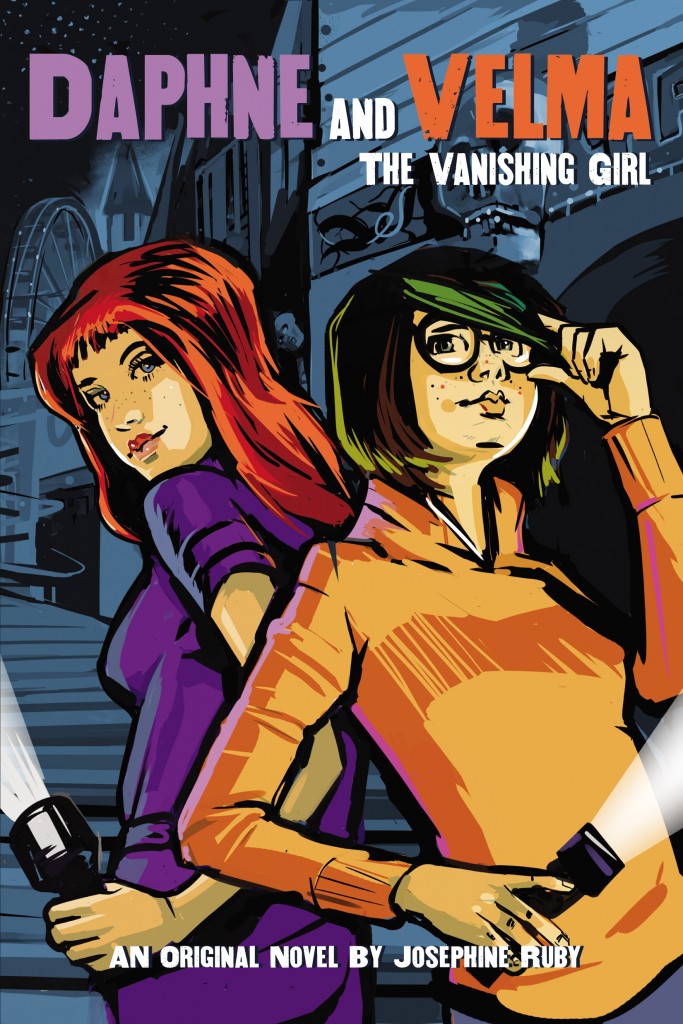 It’s the classic girl detectives like you’ve never seen them before! Daphne Blake and Velma Dinkley have a terrifying new mystery to solve — and this time, the culprit is far more frightening than any man in a mask….
Popular Daphne Blake and über-nerd Velma Dinkley are not friends. They aren’t enemies either, but they don’t have any reason to speak to each other, and that’s how they prefer it. The two girls grew up together—they’d been best friends since pre-K—but when they hit middle school, Daphne dropped Velma and never looked back.

These days, Daphne’s deep in the popular crowd, daughter of the richest family in town, while Velma’s an outsider, hiding from the world behind her thick glasses. When they run into each other in the halls of Crystal Cove High, they look the other way.

But then Daphne’s best friend, Marcy—who happens to be Velma’s cousin—goes missing. A century ago, there was a wave of disappearances in Crystal Cove, and many local people believe that supernatural forces were behind it. Now the whole town believes those same forces are back . . . and up to no good.

Daphne and Velma may be the only ones who can solve the mystery and save Marcy—if they can trust each other enough to try. Especially since the truth might be stranger—and scarier—than either girl can imagine…

2 thoughts on “Waiting on Wednesday ~ The Vanishing Girl”