A spooky and adventurous welcome to the Blog Tour for Legends of Lost Causes, and then specifically the newest book: The Key of Skeleton Peak! This series is written by Brad McLelland and Louis Sylvester.

What do I have for you in today’s Blog Tour? The prologue to the book, a giveaway (US only), and book (plus links to the other two books)/author information!

Are you ready? Let’s get blog touring~ 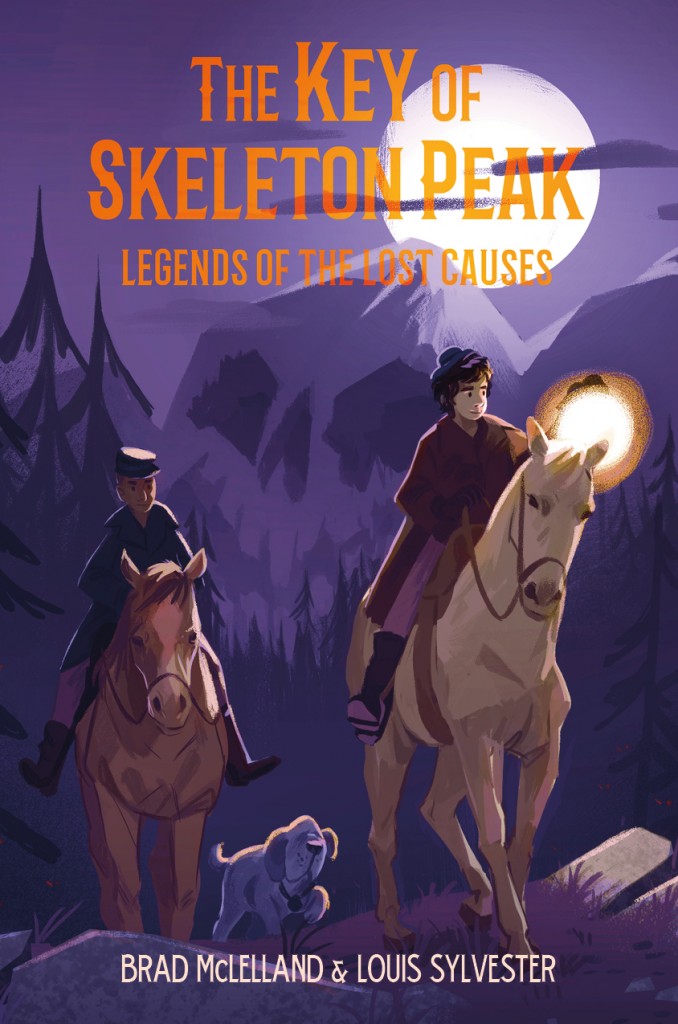 Dark magic meets the Old West in this third installment of the Legends of the Lost Causes, as a group of vigilante orphans go head-to-head against an outlaw sorcerer in pursuit of an ancient and powerful magical artifact!
Keech Blackwood and his fellow Lost Causes have won their share of battles, but the war against the ruthless sorcerer Reverend Rose still rages on.

This time, the Lost Causes face their most perilous trial yet: stopping Rose and his henchmen from retrieving an ancient, powerful object that would help return him to his full, frightening strength. As the vigilante orphans race to the dangerous depths of Skeleton Peak, the sight of the magical object, they’ll have to outmaneuver Rose’s most faithful—and menacing—ally: an inhuman creature spawned by darkness and shadow. But ever in pursuit of justice and vengeance for their fallen families, the Lost Causes won’t give up without a fight.

Grab the first 2 books in the series!
Book 1 (LEGENDS OF THE LOST CAUSES) ||| Book 2 (THE FANG OF BONFIRE CROSSING)

Born and raised in Arkansas, Brad McLelland spent several years working as a crime journalist in the South before earning his MFA in creative writing from Oklahoma State University. A part-time drummer and singer, Brad lives in Oklahoma with his wife, stepdaughter, a mini-Aussie who gives hugs, and a chubby cat who begs for ham.

Louis Sylvester is a professor at Lewis-Clark State College in Lewiston, Idaho. He teaches courses on Creative Writing, Research Writing, Introduction to Film, Screenwriting, and The Ethics of Art and Censorship.
Together with his wife, he enjoys playing tabletop games from his collection of over 1,000 board and card games.
His two dogs are named Cake and Muse. They are the best.
His writing partner is the talented author Brad McLelland. Their first novel is titled LEGENDS OF THE LOST CAUSES.

Miguel on the Mountain Route