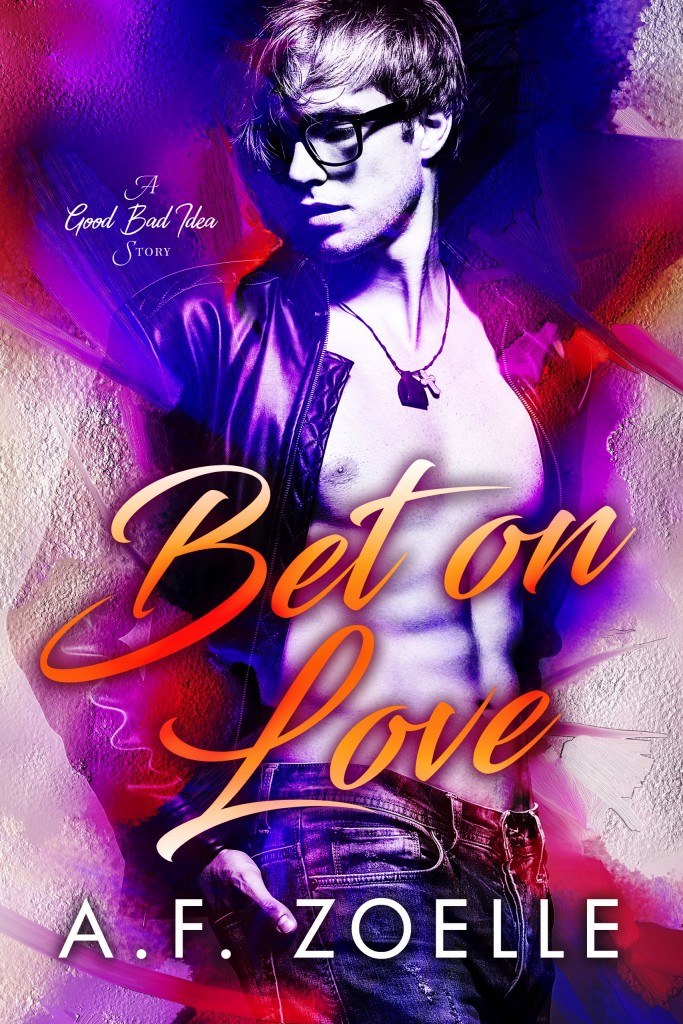 Meet Luci (or Lucien) and Rhys (or Leopold, but please don’t call him that unless you want him to burn to a crisp :P). These two have been childhood friends (and oh yes, much more though both were eager to pretend they were not). Rhys is about to get married to the wicked witch of the west, which is what I would call Olivia based on what we read and then later on what she does, but wants one last night with Lucien. Instead the night ends up with a VIP package and a marriage (give me the photos of that night please, while I could imagine them, I wouldn’t mind seeing them for real). Yup, congrats on your wedding lads, you are now husband and husband. And I am glad you did. 😛 And sure, I did think it was a dick-move as well, I would have rather had Rhys just be honest with Olivia instead of doing it this way. But then we wouldn’t have this hilarious book and then Rhys and Lucien would not have gotten together. Yep. Because I firmly believe that Rhys would just have gotten married to Olivia. For some reason, despite everything, he just doesn’t have the guts to do it. It really took an Elvis impersonator + a Vegas wedding for him to realise Lucien is much better for him than a money-loving woman who doesn’t give a damn about his feelings.

After that there are plenty of moments were our couple wonders what the hell they did and if this is such a good plan, but as the nights progress, the honey moon starts we see that these two are the perfect match and that they should have been together for years. I was shipping this guys like mad and I was squeeing at how cute they were and how well they clicked together. It was just adorable.

I loved Luci’s family and I had a laugh at the moment when they found out that Rhys and Luci eloped. Luci’s family is just perfect, I am happy for Rhys that he has found a family who loves him and who see him as a member of their family.

The ending was just perfection and yes, my eyes were definitely watering and no it wasn’t due to the hayfever.

The sex scenes, well I am getting used to reading sex scenes (really, if I read this and some other books I recently read years ago I would probably have died of shame), but at times it was just a bit too detailed for me. Maybe in a few years I won’t mind. 😛 Given the progress I have made in the past years I am sure with a couple of years more I won’t be feeling the need to hide myself when I read these scenes. Oh, and just in case people think something, as welcome to the internet. It doesn’t matter who has sex. Girlxgirl, boyxboy, boyxgirl, werewolfxwerewolf, succubusxsuccubus, whatever else floats around the world. I just feel uncomfortable reading something so private. Especially when it is detailed. Oh my. blushes I still was happy that these guys were able to have sex, given how um detailed and hungry these guys were I am sure there was lots of pent up energy.

There was just one thing that was just a shame. Something I saw in more romance and then especially in Harlequin books (of which I read many manga of and with the quarantine am planning to read the normal books as well). Namely the whole everything is fine and dandy, the relationship is really building, the book is now nearing the end, wow this is the best, OMG now we need to add some drama. Silly. Stupid drama. Hilariously, just like in all books the drama is always something that causes the other party to just run away. Talking? What is that? We are 30+ years old, but fuck talking. It just annoys me to bits as I am totally in the story and everything is fine, the end is nearing and I am looking forward to more romance. Why add the drama? WHY?

But other than that drama bit that was unnecessary as hell, the rest of the book was GOOD. I laughed, I loved, I shipped. It was just so much fun and oh boy I want August/Ambrose’s POV as well now.