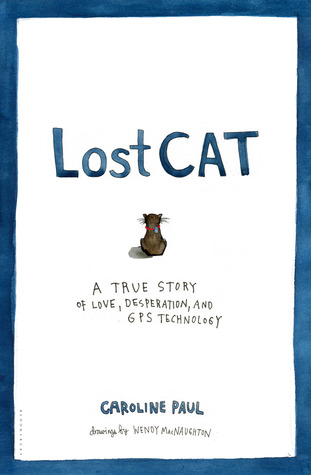 A missing cat who returns has the owner try to find out where the cat has been. A hilarious and fun book.

I read this book in Dutch but I decided to write the review in English. The translation was really done well.

I think I have heard about this book before I found it at the library as the blurb seemed familiar. I just had to bring it with me from the library. It sounded hilarious. A woman gets an accident (though I am still quite confused as to what the hell happened) and we see her try to recover from several broken bones (including two bones who have the names of her cats). You can imagine that it isn’t a lot of fun to just lie on the couch and it gets less fun when one of her cats just disappears. A lot of stress is added, but this also becomes a fun project of hers when the cat returns. Where did he go? What happened to him? Why did he stay away? And why is he still leaving so often? Does he have a house somewhere else with people feeding him? While I don’t have a cat, I could very much understand her feelings, I would have been the same as her. What happened to my cat, why is he leaving me?

I had such a big laugh at all she tried to figure out what had happened to her cat and what it was doing. We see her try out GPS (there are apparently special things for cats which I had not expected, though given how excited people are about cat it shouldn’t have surprised me), cameras, consult with fortune tellers and people who can look in the future and detectives. In the mean time she gets more and more over the top with her efforts and I had a big laugh at how her girlfriend, who isn’t that much into cats yet, was sceptical and a bit weirded out. I could totally understand that.

I loved seeing what happened to the cat and the conclusion to the story. I did think it was strange how people reacted to whole thing and how the neighbours acted. It was just very weird and unnatural. Sure, it happened when I lived in a flat, but whenever I have been in a normal house, neighbours are friendly and open.

I loved reading about the cats and seeing all the cute illustrations featuring them. I was crying at some points, I won’t spoil anything, but dang. sniffles

I was also delighted to see how the girlfriend changed with the story. In the beginning she wasn’t such a fan of cats, but as the story continues we see her love grow for the cats. It was wonderful and sweet and at the end, what she asked there, had me so happy (but also again with some tears).

All in all, if you are looking for a book about a dedicated catlover and are also curious what her kitty is up to, be sure to read it. It is funny, adorable, sweet, and motivational.