A confetti-filled welcome to the Release Day Blitz for Rebel in the Library of Ever by Zeno Alexander. A bit late, but I didn’t get the mail until 9pm my time and so didn’t feel up to partying along at that time. But in the morning? I am all there for it! This book looks and sounds amazing and I want to read it and the previous book, NOW.

For today’s celebrations I got an excerpt, a giveaway (sorry US only) and information on book/author.

Happiest of book birthdays to the author! Congrats on your book releasing in the wild. hands a big slice of cake 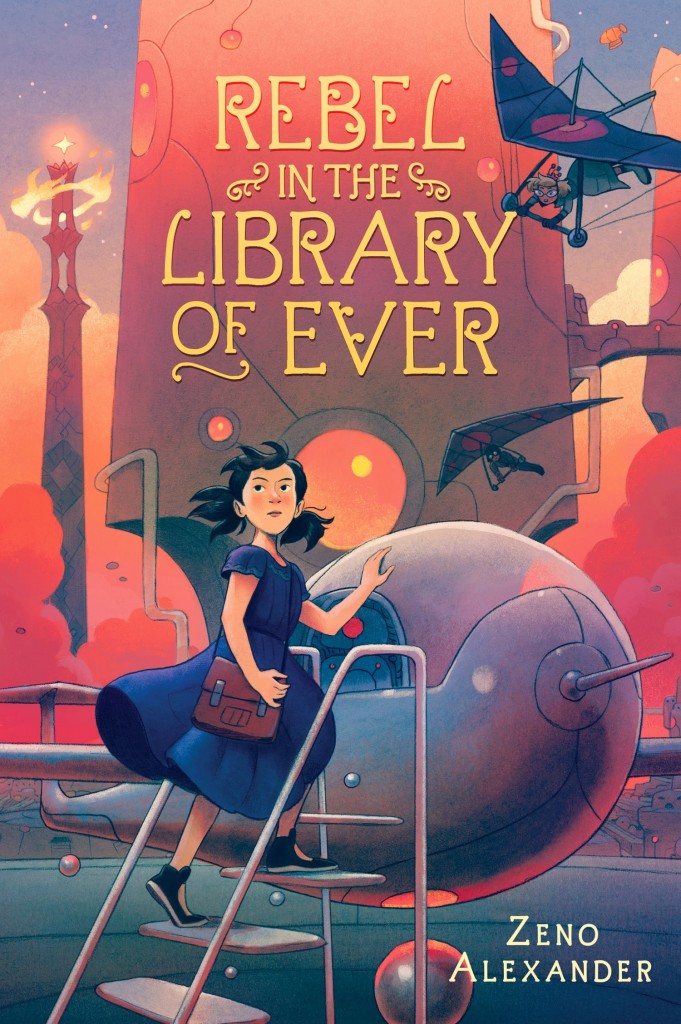 Rebel in the Library of Ever continues Zeno Alexander’s acclaimed middle-grade fantasy series with a dangerous takeover of the magical Library as our heroine fights to make knowledge free for everyone.
Lenora returns to the magical Library―which holds every book ever known on its shelves. But she discovers the Library is under new management, its incredible rooms and corridors turned dark and sinister.
She quickly connects with a secret resistance that’s trying to free knowledge from the shadows threatening it. Her new friends introduce her to an ancient lost city, hang-gliding, and mathematical beings larger than the universe itself. And they help her face the mysterious Board of new leaders―who are leading the Library into darkness.
Now it’s up to Lenora to prove that knowledge is always more powerful than ignorance and fear. 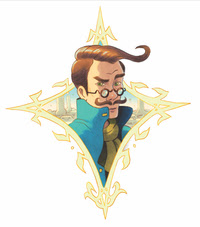 After emerging from the shadows of the past, his history yet to be fully explained, Zeno Alexander spent years exploring the world’s libraries before settling down in his lavish underground bunker, where he regularly hosts exquisite dinner parties and tends to his collection of extinct plants. His friendship with the famous librarian, Lenora, has turned into a series of biographical works devoted to chronicling her adventures.

“Uh oh,” said Lenora to Rosa. “I think we might have changed history.” She was worried now, for in books, changing history was almost never good.

“Do not fear,” replied Rosa. “We all change history with everything we do. This is why we should consider our actions carefully, as each one will affect the future to come. Should we join Lucy?”

For Lucy had gone straight to the table, where she joined a puzzled-looking librarian who was peering down at the assorted fragments, his chin in his hand, deep in thought. So deep that he had completely failed to notice two girls and an alien who had popped out of nowhere — or had they? Lenora was not sure how history changes worked exactly. But she was sure now that the objects on the table had been in the same box that Lucy had lost in the sea.

Giving up (for the moment) on figuring out how history changing worked, Lenora went over to the table, Rosa beside her. She cleared her throat. “Excuse me,” she said to Cosmo (for that was the name on the librarian’s badge).

Cosmo flinched and, looking up, suddenly noticed Lenora and the others. “Oh!” he said. “My apologies. I have been studying the Antikythera mechanism so intently that I frequently fail to notice things around me.”

“That’s all right,” said Lenora. “So what exactly is this…Anti—kith—uh…”

“ant-ee-KITH-ur-uh,” said Cosmo. “It is a small Greek island, near which this ancient mechanism was discovered, all broken up into pieces at the bottom of the Aegean Sea. It is estimated to have been lost to the waters around 100 BC.”

“Sorry about that,” said Lucy.