Welcome all to a brand-new swoony Waiting on Wednesday. This week I am featuring an adorable LGBT novel that I need to have NOW: The Hideaway Inn.

I was absolutely delighted and fangirling when I learned of Harlequin having a new press specially made for LGBT romance: Carina Adores (I love that name). I spotted several books that I want to get my hands on and this book is one of them. Featuring two guys, one shared past, and a promised happy ending. I am curious to see The Hideaway Inn, it is a great name for an inn, I wouldn’t mind visiting it and the town it is in. I do hope there isn’t a lot of bickering/arguing or silly drama, and instead that there is plenty of normal talking and them solving their problems and getting together, I hope for plenty of swoony, romantic scenes. I am also swooning at the adorable cover, it is just the best!

Now I just need to wait until the end of May. 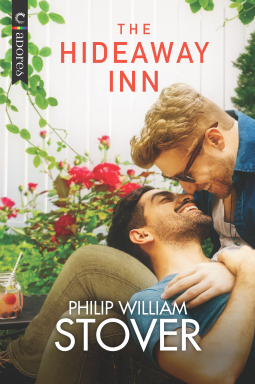 Carina Adores is home to highly romantic contemporary love stories featuring beloved romance tropes, where LGBTQ+ characters find their happily-ever-afters.
No one in the charming river town of New Hope, Pennsylvania, needs to know that Vince Amato plans on flipping The Hideaway Inn to the highest bidder and returning to his luxury lifestyle in New York City. He needs to make his last remaining investment turn a profit…even if that means temporarily relocating to the quirky small town where he endured growing up. He’s spent years reinventing himself and won’t let his past dictate his future.
But on his way to New Hope, Vince gets stuck in the middle of nowhere and his past might be the only thing that can get him to his future. Specifically Tack O’Leary, the gorgeous, easygoing farm boy who broke his heart and who picks Vince up in his dilapidated truck.
Tack comes to the rescue not only with a ride but also by signing on to be the chef at The Hideaway for the summer. As Vince and Tack open their hearts to each other again, Vince learns that being true to himself doesn’t mean shutting down a second chance with Tack—it means starting over and letting love in.
In The Hideaway Inn, Philip William Stover begins the story of a diverse group of characters finding love without boundaries and across the Seasons of New Hope.