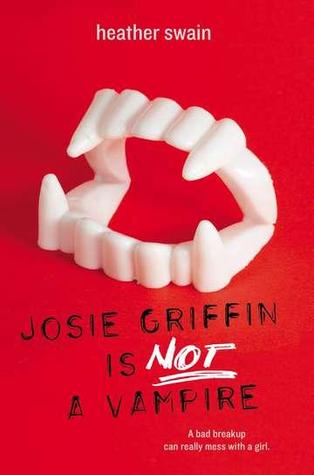 Meet Josie Griffin, when she in a rage quite mode destroys her boyfriend’s fancy smancy car window and she gets sentenced to community service + anger management. And then she discovers that there is a whole world of paranormal beings.

This was one of my favourite reads in 2013 and it was high on my list to be re-read. Now with Corona and having to ration books this one got even higher on the list and now I had to read it. It was just as much fun as the first read was and I am so happy with that. I waited long enough that I don’t remember all of the things. Yes, that is a problem and that is why I don’t often re-read. I remember A LOT of details even years afterwards.

Meet Josie Griffin, a super sweet, a bit naive girl who is really pissed at her boyfriend, or should I say ex. I could so understand her anger and I would definitely have done the same as her, though maybe I would also have done a repaint of his car with a nice pink colour. 😛 Sorry, but I hate cheating and I hate cheating when you do it with friends. And then there is the whole no one telling Josie about it… Yep, I was agreeing with Josie. I did feel sorry she got that much of a punishment for it, but if she hadn’t she wouldn’t have had such a fun adventure and met such wonderful characters and discovered a whole new world that she never knew.
I loved how dedicated she was to help out the girls at HAG and that she did it no matter how much trouble she would get in. I am not sure if the Josie from before would have done it, but this one does. And I love it.
However, I would have liked to see her confess a bit earlier and also not tell the whole world about the paras through her blog. No matter what, no matter if people thought she was just faking, there are always people who know who she means and know the truth.

I wasn’t always a fan of all the characters. Johann just has to lay off with the whole disco 1990 Berlin vampire stuff, hello dude, we are another age get with the times. Plus, he was just very creepy. I get that he is a vampire and that stalking young maidens is part of the job description.. but still. No.

Tarren was definitely my least favourite girl and character in the book. Her mixing up words was one thing that annoyed me especially as it seems really random when it happened, but she was also a bitch at times. She had such a mean streak.

But I liked Avis and had a laugh when Josie finds out what he is (which I already had guessed because come on).

I also liked Helios and how despite being who he is he wasn’t cocky. He was actually really sweet and I had a big laugh that when emotions went up electricity would react or the weather even.

I wasn’t a fan of how the paranormal kids were called, paras. It just sounded very weird to me, and I am not sure what alternative I would have picked.

I would have liked the parents to be a bit kinder to their kid. I get that she did something terrible, but you guys are making a way bigger deal about it than I would have. They are treating her like she killed someone and as if she is on drugs. Hello, whut?

I loved the HAG plotline and I loved seeing it develop more and more as the story continued. I had a couple of suspicions on what was happening and I loved detecting and discovering with the group to see what was going on. The ending to it was fantastically written and I had so much fun reading how it all came together and how it ended.

All in all this book was a wonderful mix of paranormal stuff, romance, action, and tons of humour. I would highly recommend it.

2 thoughts on “Review for Josie Griffin is Not a Vampire”