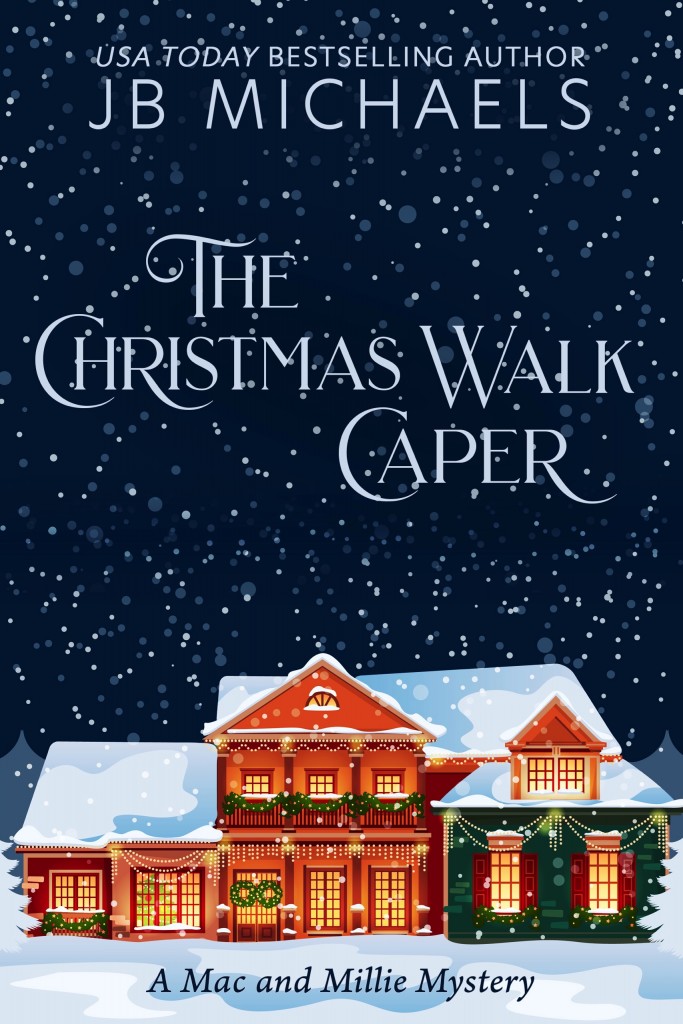 I received this book from Lola’s Blog Tours in exchange of an honest review.

A murder has been committed in the little town of Geneva, who would want to murder an old lady? Mac and Millie are on the case. Mac very enthusiastic… Millie not so much but still doing all she can.

Mac, a retired cop who is now a writer. I liked him, though I wasn’t a fan of how he just forced himself into things. I get that he wants to solve the mystery, that he wants to find out who killed this kind lady, but at times I just felt he went a tad too far. Breaking into someone’s house is just a big no no for me. But I also found it sweet that he would do so much for someone he only met like 3 weeks ago (at least I believe that was mentioned). I liked that he was a writer, though I would have loved to see what he was writing about a bit more, I know he has a writing block, but I am curious about the story.

Then there is Millie, a girl who looks normal… but has something special. I loved how she tried to help Mac, while also telling him that he shouldn’t do the things he does. She tries to reign him in a bit as she knows how hyper he gets when he finds something new and shiny. I liked this girl.

Mac and Millie’s relationship was sweet and cute, though I have to say they often felt more like brother/sister rather than a couple.

The town was magical and I am glad we got to meet the town in Christmas season. I definitely wanted to step into the story at times as the author did do a great job at describing the town. I wanted to visit. For real.

The mystery was exciting and fun and I loved finding clues and helping out Mac/Millie with the whodunnit. There are plenty of twists and turns as they get deeper into the mystery.

One thing I had was that it felt like I should have read some other series with these characters before reading this one. Mac and Millie have their pasts and while we do learn about them, throughout the book I just had a niggling feeling that I missed something. Especially when the twist about Millie came about. The next day (I read this one while I couldn’t sleep) I checked the author but couldn’t find any books featuring the characters separately. So that was a bit weird.

The twist about Millie and what she was, it felt a bit odd that we would go from normal murder mystery to fantasy and it did pull me from the story just a little bit. In the end I guess I also like it, it does fit with the feeling of the story if I look at it now.

All in all, this was a fun book with a delightful mystery and great characters. I do definitely want to read more of this series and I am planning on getting the next books.

4 thoughts on “Review for The Christmas Walk Caper”