Happy Sunday all, and welcome to a brand-new Library #2 Haul!

It was that time again, boy time sure flies as it doesn’t feel like it has been a month! Throughout the week I have been reserving books in the hopes that I could just go in and then out again, but for some reason they stopped picking up reservations about 4 days ago (I guess after 33 reservations they had enough of it 😛 ) , so I still had to go and search for my books (which btw were all in the right spots or on the new releases table).

I am glad I could go on a Sunday, and that the library is even open on that day (most libraries are closed). It was nice and quiet there and I could just bring back my 53 books without trouble, look around for my reservations and books I wanted to find (which I decided to do after 3 days of no more reservations being picked up). There were just a few people here and there, but man it was a delight not to have to dodge people like I did the last time.  Plus, it was great to be back at the library. While going outside stresses me out, as soon as I am at the library I feel much calmer.

I found many books and played tetris getting it in my shopping trolley and bag. 😛

NOTE: EDIT on 14-7: Added several books to the links, there are still a few books missing, but I am not sure if I will read those.
Only 31 of those were on Goodreads. 😐 I will be adding the rest as I read the books and you can expect this list to be updated when I do. And when it is completely updated I will bump the post on Twitter again. 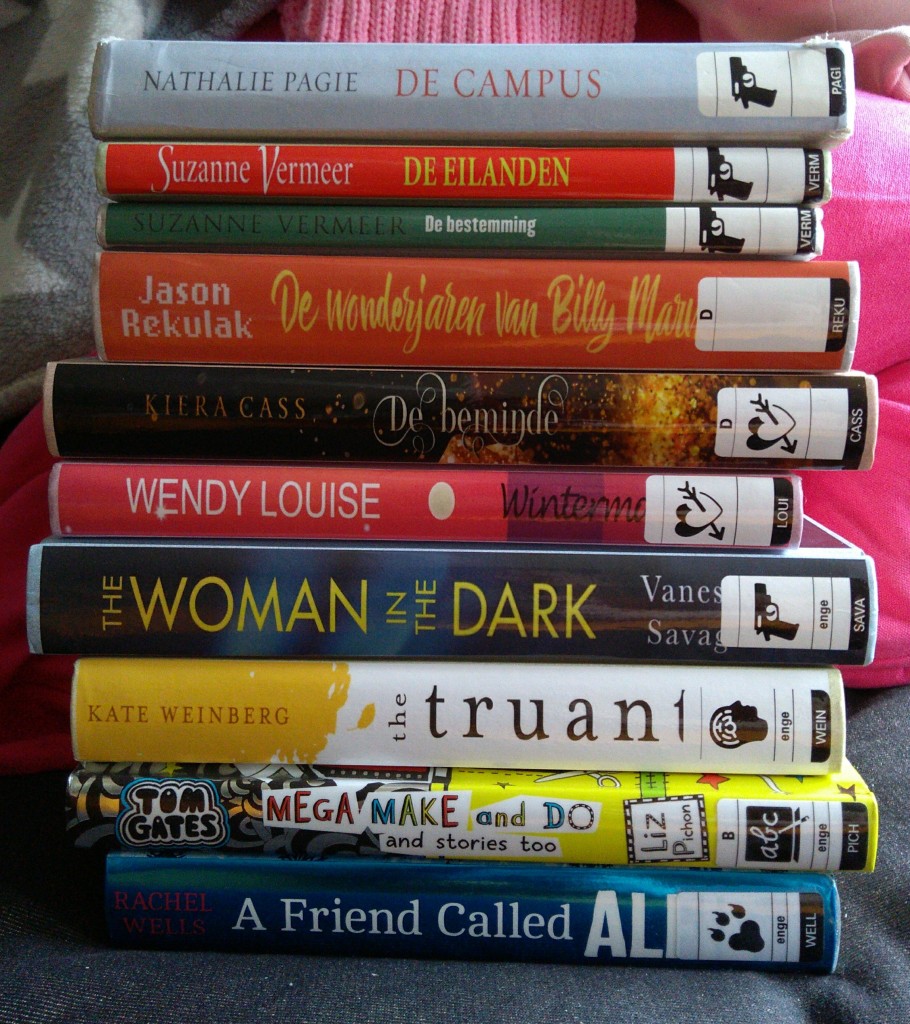 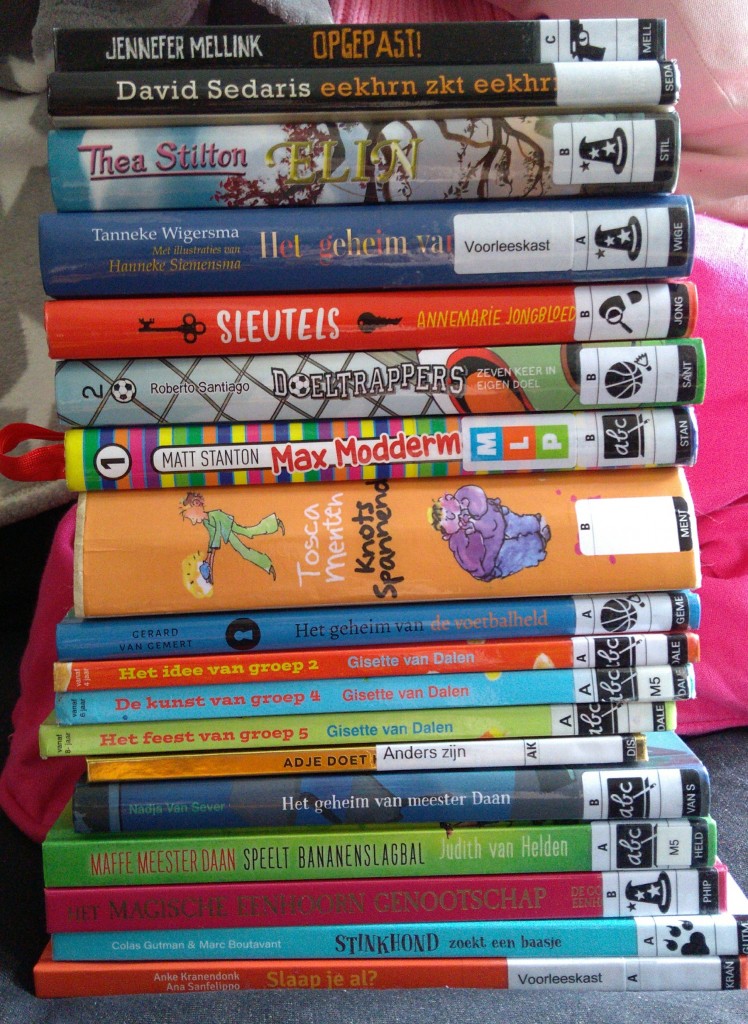 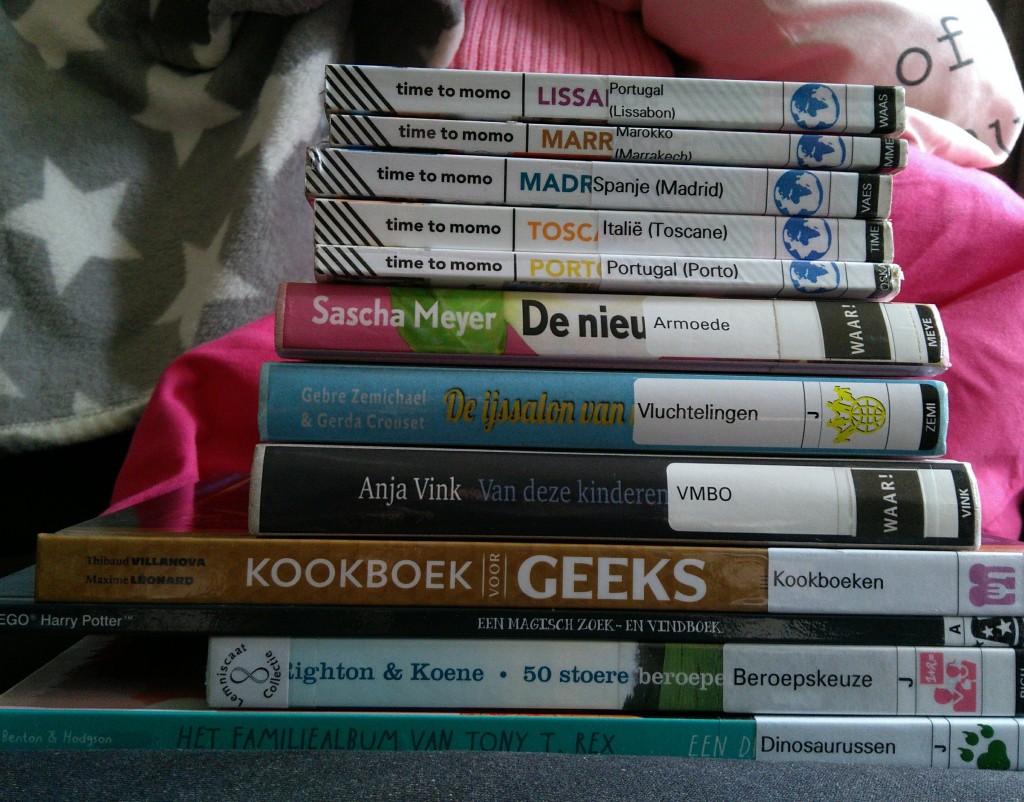 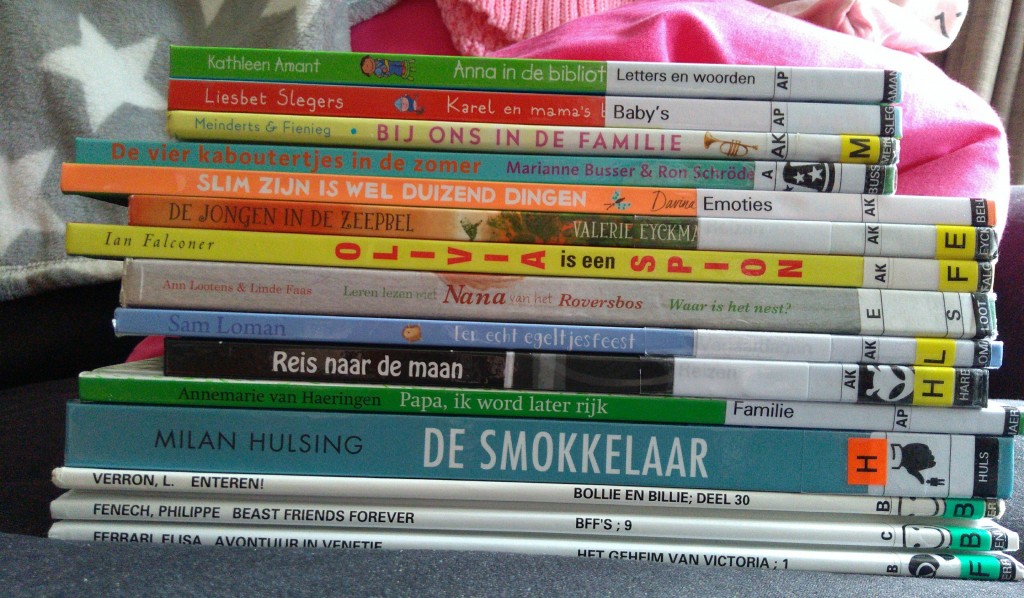