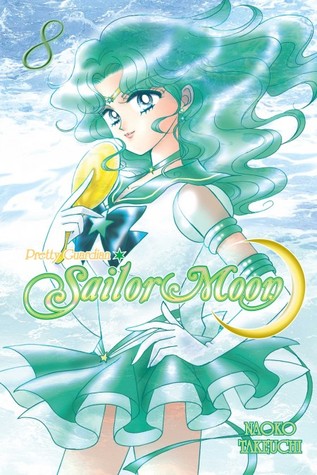 The end of the Death Busters saga… and the start of a new one, welcome to the Dead Moon Circus. This is a combined review for Volume 8 and 9.

: The last part of the Death Busters saga and it ends with a bang. It was really a great ending to a pretty OK saga, though I wasn’t a fan that Chibi Usa got her Super powers so quickly. It felt cheap to Sailor Moon who had to work hard to get there and then her daughter just gets it quickly afterwards. I had a laugh that Chibi-Usa got better, changed in to sailor mode and just walked out the front door at Mamo’s place. It just looked ridiculous. I loved seeing Saturn awaken and make her grim decisions (I so love a girl who can wield a scythe). I did cry a few times because it does get a bit emotional at times. You know these girls will be all right but if you see them make the decision to go in the dark abyss… still a sad feeling. Plus, our three outer senshi (and Hotaru) disappear (in three separate helicopters which had me in stitches).
And the next part is right around the corner. Good lord, I miss the fillers of the anime because this is just ridiculous. These girls barely get any time between battles and enemies before the next one appears. This time it is the Dead Moon Circus and it brings with it amazing and spectacular things, but also a sick Mamo-chan, an unicorn, and a switcheroo at the end which just had me pissed off. Yes, Usagi is childish, hello she is 15 years old and she has had to grow up very fast. Chibi-usa being more adult is not weird given that the girl is 900 years old. Come on. Give Usagi some credit. 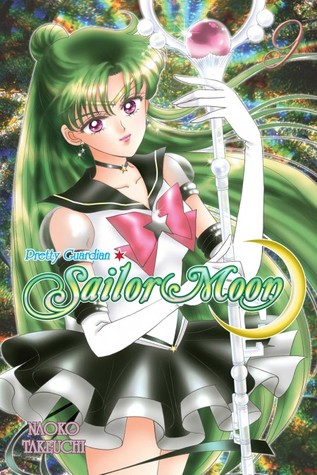 : The Dead Moon Circus is fully in town and with it begins the monster of the chapter sailor senshi of the week segments. Along with some other things of course as we see how Dead Moon Circus wiggles its way into the town. I found it hilarious that the girls fell so easily for the tricks (especially Ami and Mako). You would think you know that the circus is up to something shady and just not go near it… but these girls purposely go to places owned by the circus. sighs
I was a bit put-off again when Chibi-Usa commented that she looked good and her dad (Mamo) said she looked pretty. EHHHHHHH>.<. I also got pissed at Mamo-chan at how he protected his daughter over Usagi. Yes, she is lonely, yes, she is unhappy. But you are in a freaking relationship with someone, if she expresses that she would like some more attention, which if valid given how Chibi just wanders in at any time and forces her way in, don’t act like this. 😐
We do see that some time apparently did pass between battles as Ami comments that she had some moments with Pluto who taught her new things. A shame they never showed us this because now it just feels weird and out of place. There is some more drama as Chibi finds out stuff that had me rolling my eyes. Oh God girl you are such a dramalama.
I did love that Chibi was talking about her prince and boom unicorn, Helios. 😛
We learn more about the circus, about what is going on with Mamo (and Usagi), and much more. It was an action packed volume with new powers as well!