Welcome to a brand-new Waiting on Wednesday! This week I am featuring Harrow Lake by Kat Ellis (though I keep reading the name as Hallow Lake instead :P).

I had this book on my 2020 books to look out for shelf since 2019, but it wasn’t til I saw this book all over the blogverse that I really wanted to read the book. I read so many reviews for this book, some positive, some in the middle, some not so happy, and they all made me more and more curious about the book.

Also dang that cover and the girl all blurry, which reminds me of those Japanese horror movies in which when people die by something spooky they either disappear or become blurry in pictures. Creepy!

Now it is just waiting til August, argh! 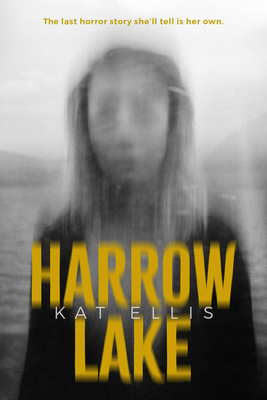 A can’t-put-down, creepy thriller about the daughter of a horror film director who’s not afraid of anything–until she gets to Harrow Lake.

Things I know about Harrow Lake:
1.It’s where my father shot his most disturbing slasher film.
2.There’s something not right about this town.

Lola Nox is the daughter of a celebrated horror filmmaker–she thinks nothing can scare her.

But when her father is brutally attacked in their New York apartment, she’s quickly packed off to live with a grandmother she’s never met in Harrow Lake, the eerie town where her father’s most iconic horror movie was shot. The locals are weirdly obsessed with the film that put their town on the map–and there are strange disappearances, which the police seem determined to explain away.

And there’s someone–or something–stalking her every move.

The more Lola discovers about the town, the more terrifying it becomes. Because Lola’s got secrets of her own. And if she can’t find a way out of Harrow Lake, they might just be the death of her.