Welcome all to the Blog Tour for Salt and Iron by October Weeks. I am delighted to be part of the tour, monsters, fantasy, and more.

For today’s tour I got an excerpt from the book, book + author information, and a giveaway!

Let’s get this tour started, let’s get monster hunting~ 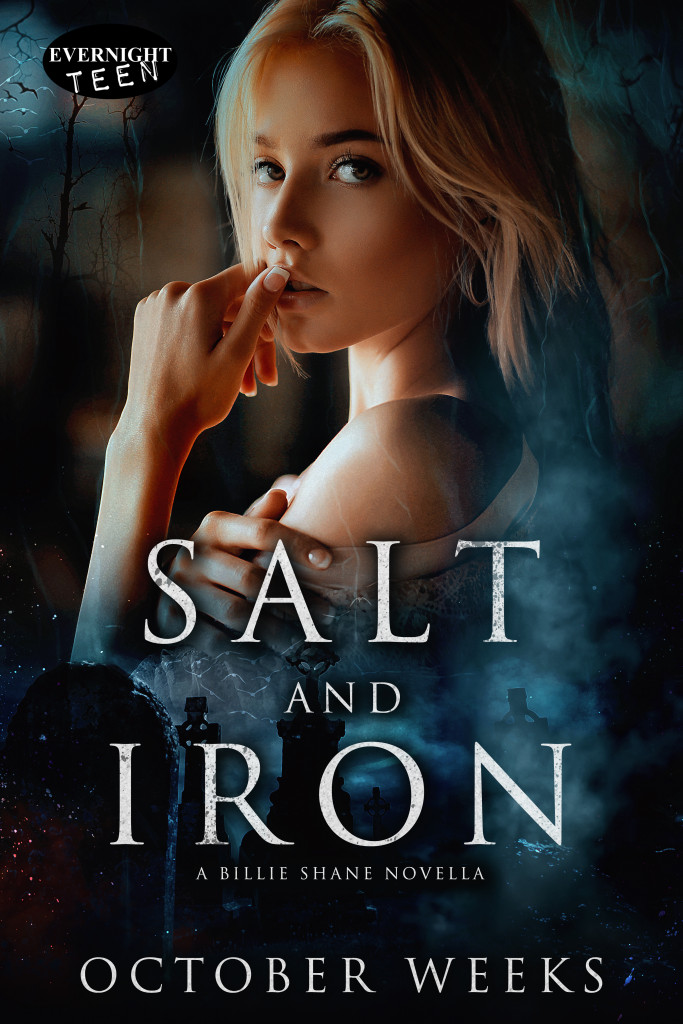 Hunting monsters is not an easy business, but for Billie Shane it’s the only career she’s ever wanted. At nineteen, her aunt and uncle give her something that means more to her than money—her first solo case. But there’s a catch, and his name is Galileo Beck, a psychic training with the state to help law enforcement with supernatural cases.
Billie has disliked the popular young man since childhood, but unfortunately for her the case involves his three best friends. The three managed to summon a powerful demon, and though locked in the cemetery, the demon is feeding off of them in order to gain the power to free itself.
With a large festival coming to Eden Hollow, Billie and Galileo must work together if they want to stop not only the death of his friends, but also to save their hometown from becoming a feeding ground for a demon. 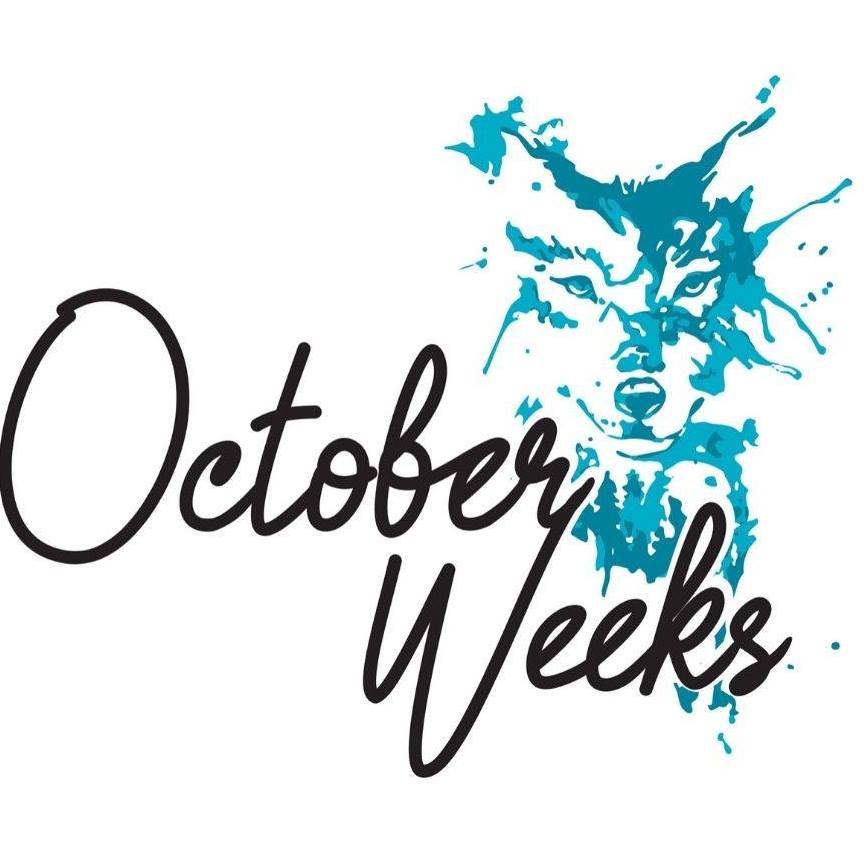 I’m a dark fantasy/horror writer and a reader with too many books and not enough shelves!
I live in Vermont. Autumn is my favorite season- October and November are my favorite months.
Loves: reading, writing, movies (horror, sci-fi, and fantasy especially), taking walks, fishing, and family
Obsessions: Lindt dark chocolate and the paranormal.

The holy water had burned like a son-of-a-bitch, and the area of broken skin, though small, still felt the next day as if someone had poured acid on her. The rest of her body didn’t feel much better. Bruises, a mild concussion, and the overall feeling of being hit by a Mack truck had greeted her when she woke mid-morning.
Her uncle smirked as she walked into the kitchen. “You look like crap.”
She rolled her eyes as she came to a stop near the island. “Thanks.”
“Here.” He set a plate of homemade waffles with a side of sausage in front of her. “Eat something.”
As she sat on a stool, she said, “Smells good.”
“I called your parents last night, after you’d gone to bed. Give them a call when you have a moment.”
Upon her graduation the previous year, her parents had moved back to Oregon, where they’d grown up and still had family. Rory had agreed to finish her training, and she could stay with him until she was ready to be on her own.
She had worked part time while in school, but when she’d made the decision to be a full-time hunter in New England, her only job was training. The state paid handsomely, as her uncle liked to say.
Last night had seen eight grand placed into her bank account—her cut of the hunt.
Vampires came in on the low end of the pay scale. Witches, ghosts, and werewolves ranked far higher. The biggest payday came from demons, angels, and the ancient gods.
“I have a case for you … and you probably aren’t going to like it.”
He said that so nonchalantly that Billie was certain “probably” meant she would absolutely hate it.
She raised an eyebrow and waited for him to speak.
“I got a call from Detective Ellis Beck around five o’clock this morning.” He leaned his elbows on the counter, coffee still in hand. “Apparently, four days ago, three boys decided to have a good time at the Tinsbrook Cemetery. Séance. And by boys I mean Chase, Damien, and Ulrich.”
Billie choked on her orange juice, causing it to dribble down her chin and down onto her food as she coughed. When she got control of the shock, she said, “What the hell?”
Rory handed her a paper towel to clean her face, which she happily took.
Those three names made her want to immediately say no to the case. Three out of four of the biggest assholes I grew up and went to school with.
“That is the question,” Rory said. “Beck’s nephew said he saw flashes of whatever is attacking his friends through nightmares: black wings tipped with talons, long fangs from the mouth. But he’s pretty certain the beast can’t leave the cemetery.”
“Lashing out from afar,” she mumbled. Karma, you are a bitch…and damn funny. “Is he certain it’s just through nightmares? Is it syphoning their energy while they’re awake?”
“Right now, all Beck is certain of is that they are being attacked through dreams.”
Well, that narrows it down to ghosts, demons, angels, and a few dozen non-human spirits from around the globe. “You want me to investigate with you?”
He shook his head. “This is the part you won’t like.”
Billie picked her fork up again and inquired, “What won’t I like?”
Crossing his arms, he sighed heavily. “You are experienced with ghosts and demons because they are your mother’s specialty.”
Her father and Rory had mainly hunted werewolves, vampires, and other beasts of that nature, while her mother had focused on the ghosts, demons, angels, and the occasional god and goddess.
“But Harlow isn’t trained enough in her gift to block out a strong demon or ghost, so…”
Billie suddenly began to understand where he was going. “No.”
“No what?”
“No, I am not investigating a cemetery with Galileo Beck.” I fucking refuse. “He’s an arrogant ass.”
“I can be, too, but you still work with me.”
She rolled her eyes. “Har, har.”