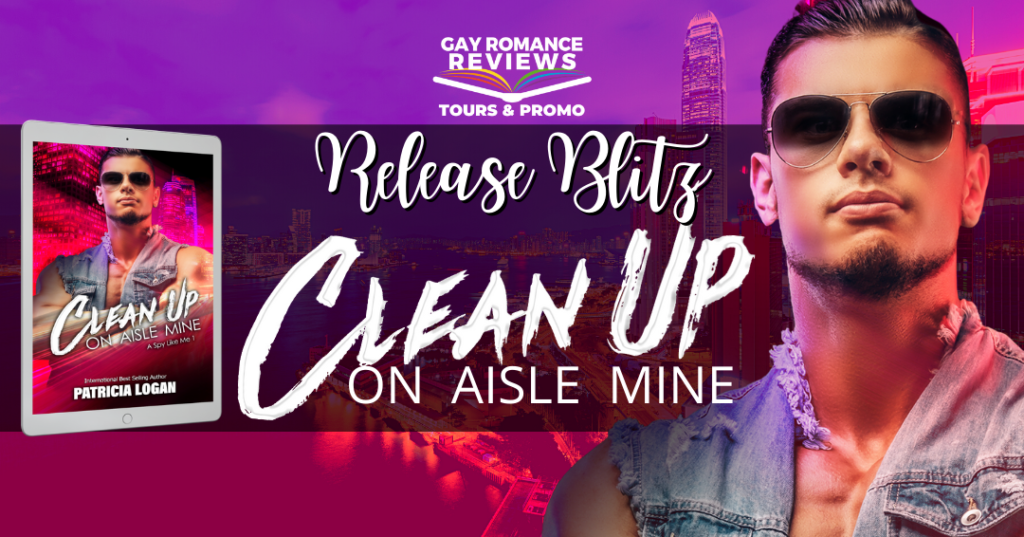 A party welcome to the Release Day Blitz for Clean Up on Aisle Mine by Patricia Logan! dances This is the first book in the A Spy Like Me series. I just love that series title!

To celebrate the release of this book I got an excerpt for you to read, 2 teasers, a giveaway, and of course book/author information.

A big big congratulations to the author on their book releasing today! Hip hip hooray, I hope you have an amazing day! 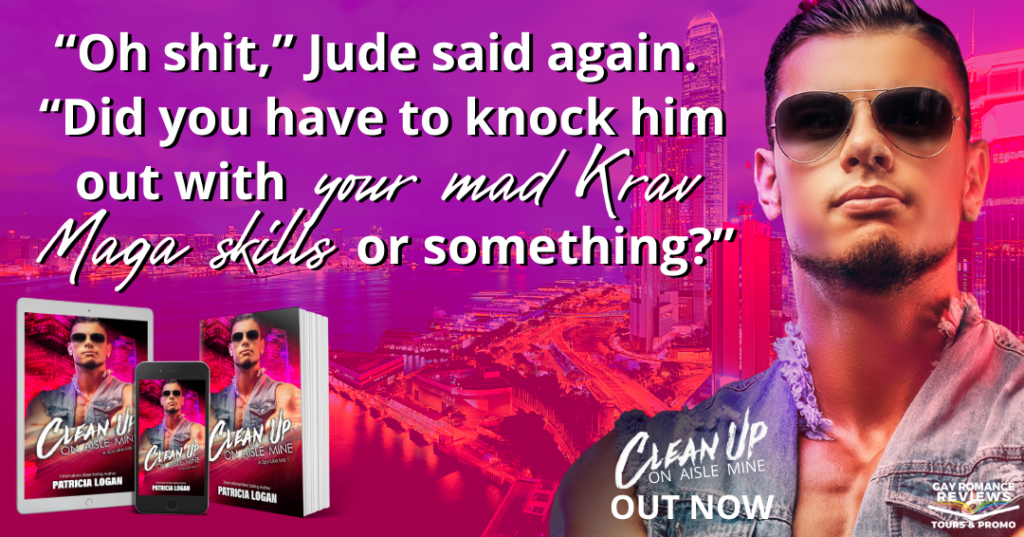 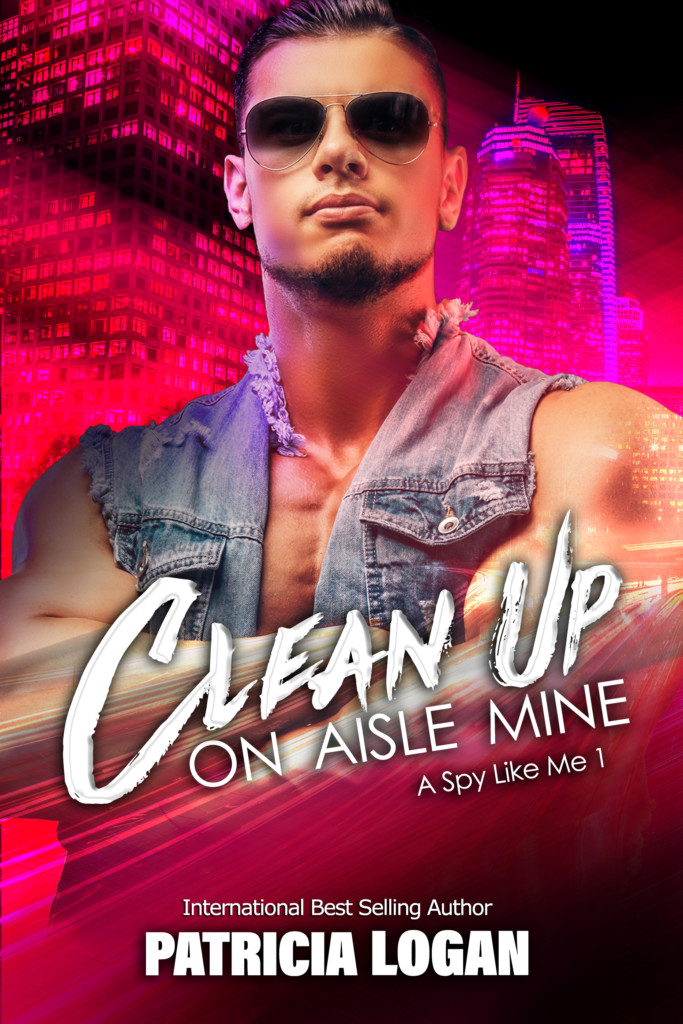 Former CIA operative, Damon Thorne, is a fixer. He cleans up messes other people make of their lives to forget the wreckage his own has become. Whether it means retrieving a drug addict whose family is being blackmailed or rescuing a furball who’s the subject of a custody dispute, Damon just gets things done.
When the job means kidnapping the wild son of a prominent Senator in an election year, it should come with hazard pay.

From the day Jude Chenoweth was born into wealth and position, his father has groomed him to follow in his footsteps. Jude has other plans. Openly gay and infamous, all he wants to do is live his life, create his art, and never settle down.
Life has a way of kicking butts, even the sexy ones. Thrown together in a situation neither wanted, Damon and Jude must now decide how to move forward. Jude knows something is wrong when he gazes into Damon’s haunted brown eyes and Damon recognizes there’s much more to Jude than the caricature he shows the world.

This might be the beginning of a journey… or an incredibly stupid mistake. Perhaps working together will help them process their own demons. Whatever happens, neither of them believes Damon’s assignments will always come with a heaping helping of bad guys.
Not always… right? 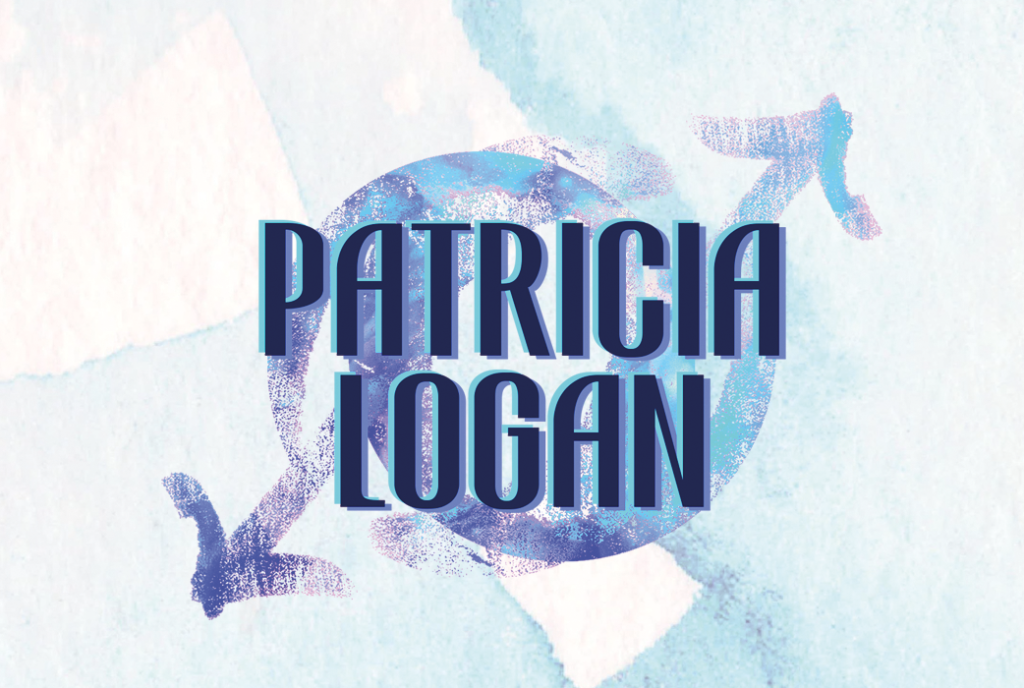 International bestselling author Patricia Logan, resides in Los Angeles, California. The author of several #1 bestselling erotic romances in English, Italian, French, and Spanish lives in a small house with a large family. When she’s not writing her next thriller romance, she’s watching her grandchildren grow up way too soon, and raising kids who make her proud every day. One of her favorite tasks is coaxing nose kisses from cats who insist on flopping on her keyboard while she tries to type. She counts herself lucky to be surrounded by people who love her and give her stories to tell every day.

Valentina scrambled to her feet and launched herself at Damon’s midsection. He caught her easily up in a bearhug as she struggled to get free, flailing arms and kicking legs notwithstanding. She screamed at him as he fastened the handcuffs around both wrists in record time.
“Who are you?” she screamed as he bent and lifted her, throwing her over his shoulder in a fireman’s carry. She oomphed her outrage, leveling a litany of curses in Russian.
“My name is Damon Thorne. I was sent here by your family,” Damon replied in the same language.
“My family?” Valentina shouted. From her tone, she was clearly shocked that he spoke her language but continued protesting as Damon walked down the stairs and began striding across the lot as quickly as he could.
“Your family hired me to take you to rehab,” Damon said in English.
“My family is assholes!” Valentina protested in her broken English. “Put me down! You kidnap me! I call police!”
Damon reached the front fence, wishing he was doing this under the cover of night but realizing there wasn’t much he could do about the situation. If he had to stop and explain himself to a passing policeman, things were going to get ugly. Once again, he cursed the timing on this job. If Trixie had given it to him yesterday afternoon, the abduction could have been over and done with last night. He strode through the open gate to the Taurus and leaned down, setting Valentina on the ground and hanging on to her with one arm as he opened the rear door before tossing her onto the back seat. He quickly grabbed up a length of duct tape and slapped it over her mouth before hooking the handcuffs onto a carabiner system screwed into the floor. This forced Valentina to lie on the floor of the small car as he threw a painter’s tarp over her kicking form.
He really was going to have to invest in a better car for daylight abductions.
Damon quickly slammed the back door, climbed behind the wheel, and locked Glen’s gun into the glove compartment. He glanced around as he started the car. When he saw Glen charging across the lot carrying only a baseball bat, he pulled away from the curb. As Glen reached the sidewalk, Damon glanced into the rearview mirror to check his progress… just in time to see the man’s boxers slide down over his bony hips to his ankles. Glen took two steps forward before the underwear bunched around his ankles stopped his forward progress. He fell face-first onto the sidewalk and let go of the bat. The last thing Damon saw before looking back through the windshield was Glen’s bony white ass as his body went limp.
That’s right, little tweaker. Go to sleep. 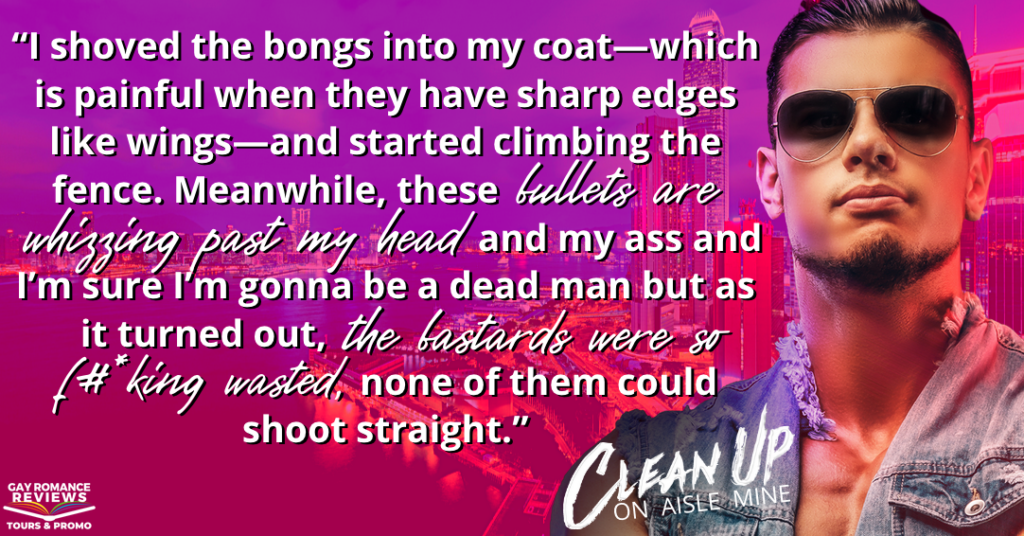