A big welcome to the Blog Tour for All Our Worst Ideas by Vicky Skinner. I am absolutely delighted that I can be part of the tour (and yes I danced when I got the confirmation in July).

For today’s post I got a playlist to listen to while reading the book, a giveaway, and book/author information. 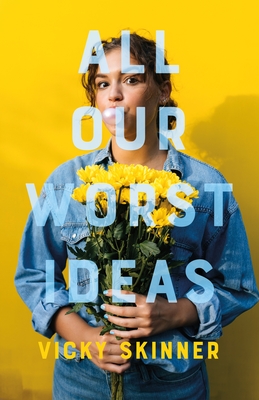 When Amy, on her way to becoming valedictorian of her graduating class and getting accepted to her dream school, gets dumped by her long-term boyfriend, she takes a job at a record store to ease the pain. She needs a distraction, badly.

Oliver, Amy’s record store co-worker, isn’t so sure about Amy—his complete opposite—but what he is sure of is his decision not to go to college. He just can’t figure out how to tell his mother.

As they work late-night shifts at the record store, Amy and Oliver become friends and then confidantes and then something more, but when Amy has a hard time letting go of what she thought was her perfect future with her ex, she risks losing the future she didn’t even know she wanted with Oliver. 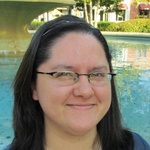 Vicky Skinner was born and raised in Texas, where she started writing novels about kissing cute boys when she was fifteen and eventually earned a BA in Literary Studies from The University of Texas at Dallas. She’s a full-time writer, a part-time runner, and she currently lives in Dallas with her husband.

As you can probably imagine, a book about two people who love music requires an epic playlist. In my case, it also requires a hefty one. In my defense, when I first wrote All Our Worst Ideas, I had just discovered Spotify and having that much music at the tips of my fingers led to a playlist for Amy and Oliver that cascaded well past 100 songs. These are the songs that made it into the book, and there’s even a playlist after the last page! I won’t subject you to every song, but I’ll share with you the highlights.

Do You Realize?? by The Flaming Lips – I remember the first time I heard this song when I was a young teenager and thinking it was just so strange. Over the years, I’ve really grown to love it, and All our Worst Ideas opens with Amy listening to this song in the middle of downtown Kansas City, and that moment really says a lot about both of us.
Molly by The Front Bottoms – The Front Bottoms are absolutely integral to this story. They’re Oliver’s favorite band and the band that Amy and Oliver initially bond over, and this song is easily my favorite Front Bottoms song.
Hallelujah by Jeff Buckley – This is one of my favorite songs in the world, so of course it’s also Oliver’s favorite song. The scene where Amy and Oliver discuss their difference of opinion on “Hallelujah” is one of the first music-related arguments they have, and it’s probably my favorite.
Parklife by Blur – When I wrote the first draft of this book, it was originally an education in music for readers. There was a lot of analysis of less mainstream genres and the book was cut into large sections that were defined by different musical genres. “Parklife” is the only song that survived the restructuring of all of that. There was an entire section dissecting 90s Brit Pop that got cut, but I left Blur in because I think their music is genius.
Next in Line by Walk the Moon – When I think about the playlist for Amy and Oliver, I think about this song. I chose it for a scene when Amy and Oliver are riding together in his truck because the song mentions riding together in a car, and it just became this sort of quintessential song for Amy and Oliver in those exciting early moments of their friendship.
Shirtsleeves by Ed Sheeran – This song is the actual beginning of the story behind the book. You see, “Shirtsleeves” is the sexiest song that’s not actually meant to be sexy. It’s very much a song about a girl who’s using a guy during a break up, and it’s not sexy, but there’s just something sexy about it, and I was listening to it one day and got an idea about these two teenagers who work together in a record store, and it became All Our Worst Ideas.
Slow It Down by The Lumineers – “Slow It Down” might be my favorite song on the entire playlist for All Our Worst Ideas. It’s a relatively simple song, and there’s something so soothing and romantic about the tone and feel of it. The Lumineers are Amy’s favorite band, and their music is really the constant thread throughout the entire book.