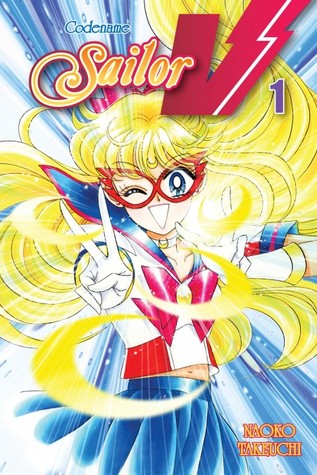 It was time to re-read the last part of the Sailor Moon series, namely Codename: Sailor V! We see how Minako became Sailor Venus, how it all started!

I wrote a short review for each of the two volumes. It was quite a fun series, though it could have done without the annoying police. And come on, even Usagi would have probably noticed that something is fishy about many of the things that Minako took a while to understand.

: This time I decided on reading Sailor V’s manga. I have to say I much prefer Sailor Moon’s manga over V’s. That mostly has to do with the stupid police stuff that keeps happening and the annoying men (again the policeman but later on his just as annoying brother). But also Artemis is just a tad too much for me and I just wanted him out. He kept talking in public while he was complaining about Venus… hello? Hypocrite much? I didn’t find him fun at all. I wish he just had been open about things from the start instead of how he kept everything secret. If you want cooperation.. maybe spill the beans.
But I did have fun reading as Minako/V is such a fun and playful character who loves cute boys and idols and falls head over heels with each new hottie. We see her try to live her life and in the mean time also kick some series dark butt. I loved seeing her get better at being a Sailor Guardian and become stronger and smarter. I loved the outfits she choose when she needed to transform but couldn’t right away.
Also Grecian rug??? Those are clearly hieroglyphs from Egypt. Either a bad translation or the mangaka doesn’t know hieroglyphs.
I was a bit confused by the fact that Venus was able to use Moon Power for her transformation, though I guess this ties in with her being the double for Sailor Moon/Serenity and making everyone think she is the princess. 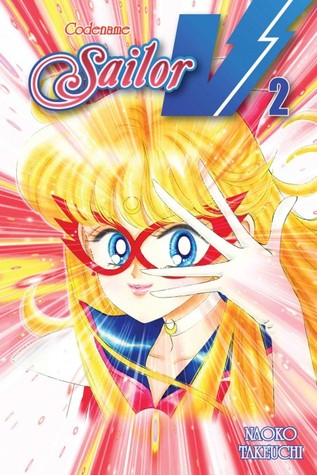 : Lol, Artemis with his you cannot fall in love-rule. Come on, we are talking about Minako here. 😛 Ah yes, something we saw in other parts and also in I believe the anime, the whole Sailor Senshi cannot be fat thing. Yes, I get that they have to be physically fit, but fat people can be that too. I was a bit uncomfortable with this chapter at points. The enemy made me fat? Girl, given how you look you probably weren’t even fat, at all. Geez. And then next up a guy prefers his girls beautiful (aka skinny). Lord. Also kissing people who are unconscious is still a big fat no to me, as well as kissing without the others approval. Sailor Moon also had plenty of those.
After that more falling in love (Minako, girl), Minako doing some stupid stuff (you would think she understand that she cannot just transform back like that), Dark Agency sending out his newest people with weird and over the top plans to take over the world and then we get some (in my opinion) random other enemies. At times it seemed a bit too much monster of the week/month. But I am at least glad that, unlike SM, we get some more slice of life stuff between things or along with things. You can actually see time pass by (and not like with Sailor Moon have it feel like we are just jumping from enemy to enemy). Though the enemies after the Dark Agency were just hilarious and random, thankfully the Dark Agency returns again and I was definitely sad at the ending, poor Venus, it just broke my heart to see that unfold. We already saw Usagi in the first volume, but in this volume we see a few more glimpses to prophetize what will happen next. I do still think it is silly that Venus never, until the ending of this volume had her memories return to her and I found it stupid that Artemis never told her or at least gave her some more hints. Instead he was just pushing and pushing and being quite rude at times. She did her job pretty well and she tried her best (and she is quite smart at times). That definitely could have been handled better. I loved seeing her various attacks and her intro quotes (when transformed) were fun as well.
I do think the police stuff could have been handled better. With all that happened in the previous volume this was quite a lacklustre ending to that annoying plot.