An awesome welcome to the Blog Tour for A Chip on Her Shoulder by R.J. Blain!! does a happy dance because she is delighted she is part of this tour

For today’s tour stop I got a big excerpt, a giveaway (open INT, so yay!), and of course book/author information. 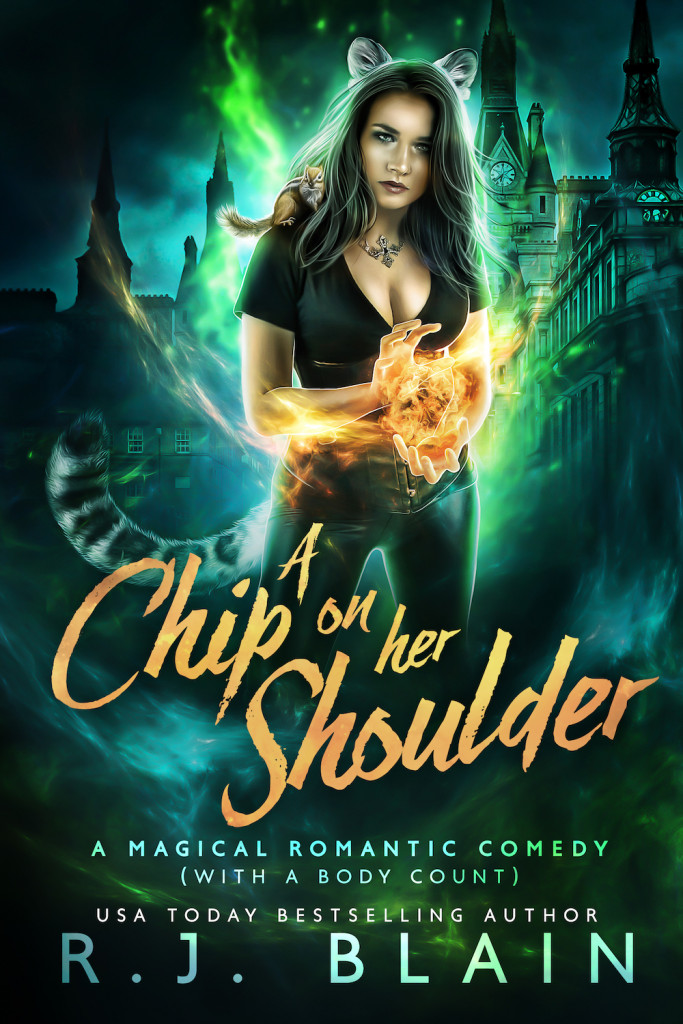 After a deal with loan sharks sours, Darlene’s brother is permanently transformed into a chipmunk. Not one to accept impossibility as a good excuse for failure, she’s determined to rescue her brother and secure revenge against those who’d poisoned him with grade-a transformatives.
If she wants to perform a miracle, she’ll need to join forces with a divine, but the man upstairs and his angels refuse to help.
None of the other so-called benevolent divines are willing to help her, either.
Running out of time and options, Darlene prepares to storm the gates of hell for her brother.
She never expected to fall in love with the Devil.
Warning: this novel contains a woman with a chip on her shoulder, humor, and one hell of a hero. Proceed with caution. 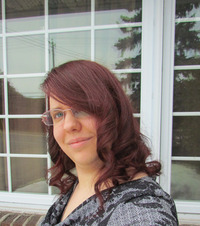 RJ Blain suffers from a Moleskine journal obsession, a pen fixation, and a terrible tendency to pun without warning.
In her spare time, she daydreams about being a spy. Her contingency plan involves tying her best of enemies to spinning wheels and quoting James Bond villains until satisfied.

4 thoughts on “Blog Tour ~ A Chip on Her Shoulder by R.J. Blain ~ Excerpt + Giveaway”