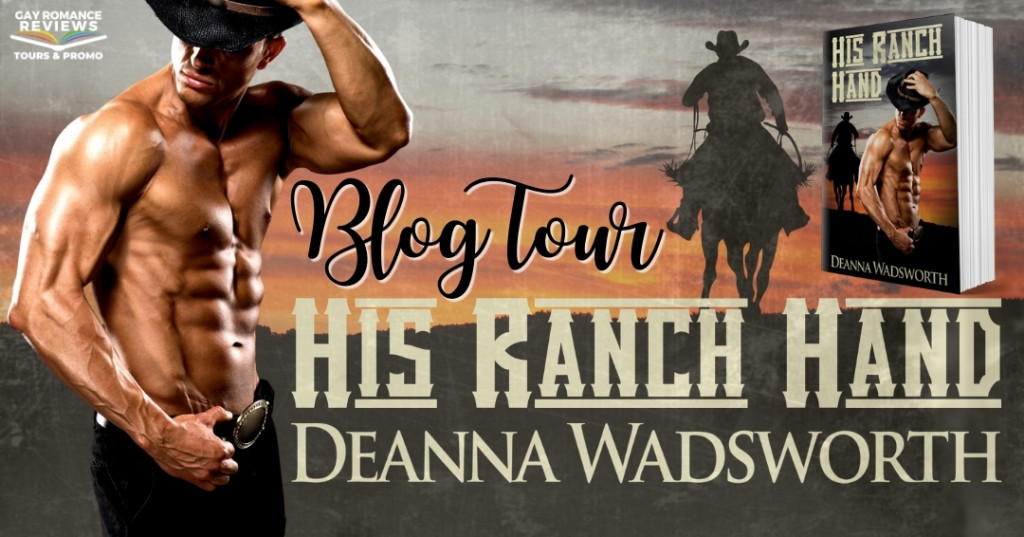 Whoohoo! Welcome to the Blog Tour for His Ranch Hand by Deanna Wadsworth! Cowboys, steam, and romance! YAS!

For today’s post I got an excerpt, a giveaway, some swoony teasers, and of course book/author information! 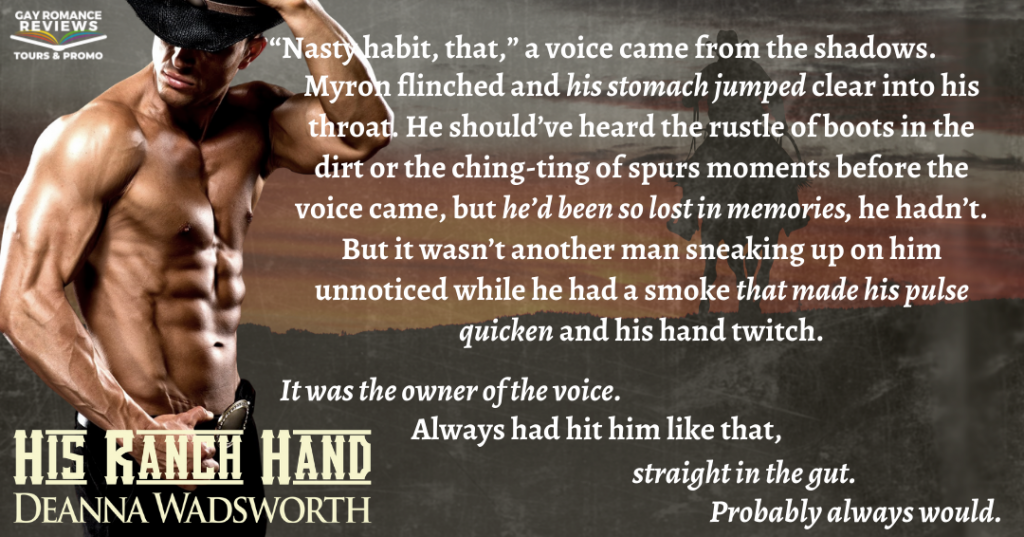 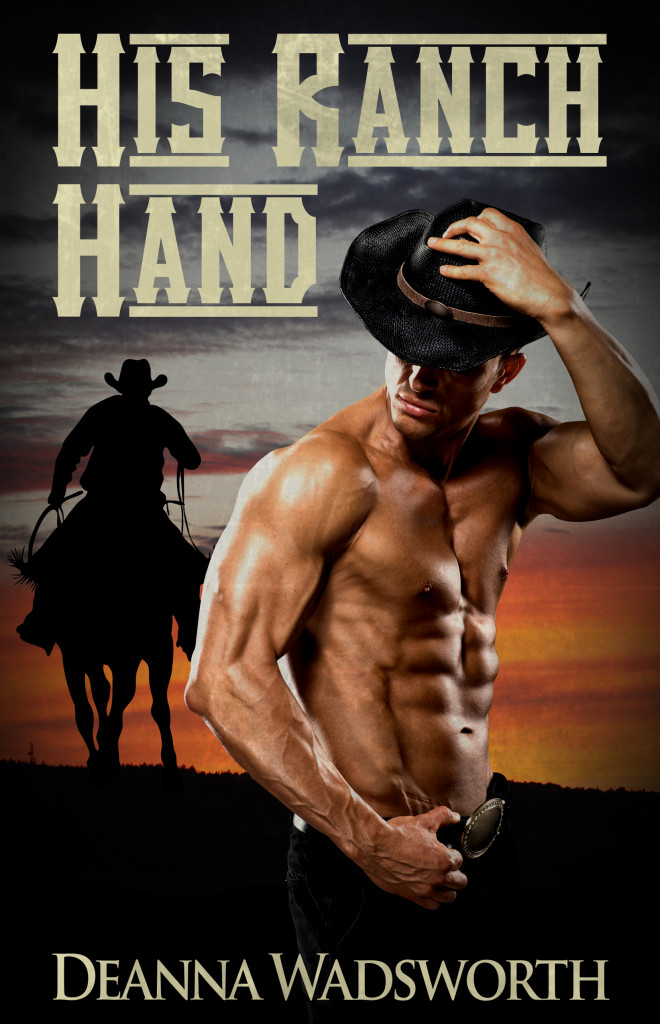 Cowboys don’t cry.
West of the Pecos, if a man shows a vulnerable side, his last glimpse of this life might be at the end of a barrel.
Cowboy and drifter, Myron Poste shrouds his life in mystery, carefully following a strict code to stay alive. Fellow ranch hand Cade Buchanan is big, hairy, and strong—not the sort of man to trifle with.
One fateful night while driving a herd of Longhorns north to Santa Fe, Cade confronts Myron. With the swiftness of a West Texas wind, desire seizes control and a passionate affair begins. Pride has always held Myron back, but he can no longer deny his submissive nature when Cade gives him just what he craves—pure, lustful dominance.
When the drive ends, they must part ways. Will the memories of their untamed passion under the big Texas sky be powerful enough to reunite them?

Deanna Wadsworth might be a bestselling erotica author, but she leads a pretty vanilla life in Ohio with her wonderful husband and adorable cocker spaniels. She has been spinning tales and penning stories since childhood, and her first erotic novella was published in 2010. When she isn’t writing books or brainstorming with friends, you can find her making people gorgeous in a beauty salon. An avid reader, she also loves gardening, cooking, music, and dancing. Often she can be seen hanging out on the sandbar in the muddy Maumee River or chilling with her hubby and a cocktail in their basement bar. In between all that fun, Deanna cherishes the quiet times when she can let her wildly active imagination have the full run of her mind. Her fascination with people and the interworkings of their relationships have always inspired her to write romance with spice and love without boundaries. 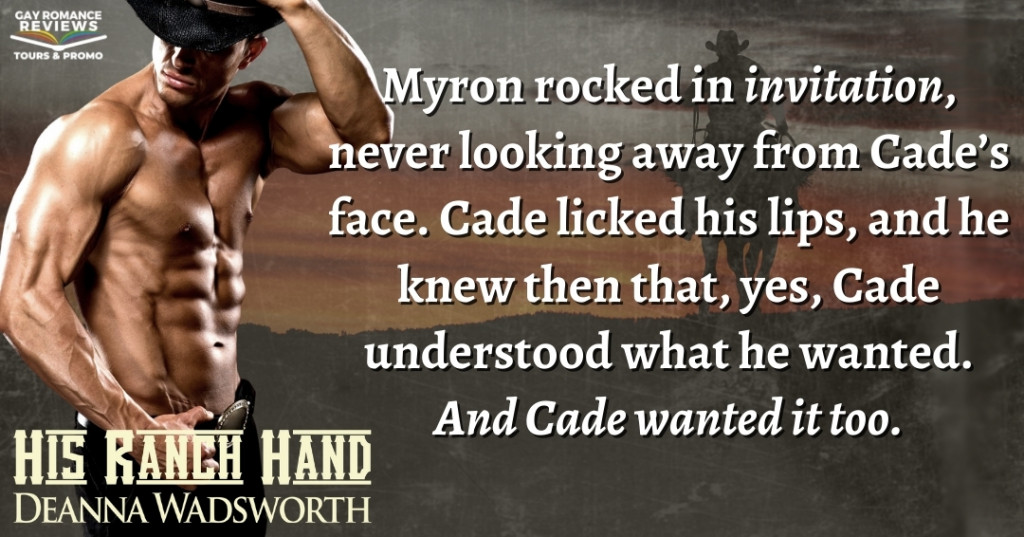