Happy Wednesday and a happy welcome to the Release Day Blitz for Sources Say by Lori Goldstein! So excited for this book so when I got the mail for this blitz I had to help out, well today, as I got the mail around 9pm yesterday, which is too late to make posts. 😛 But here we are, ready to party! dances

For today’s release day party I got an excerpt, a giveaway (sorry, open to US only), and of course book/author information.

A big BIG congratulations to the author on their book coming out in the world. I hope you had an amazing day yesterday. throws confetti 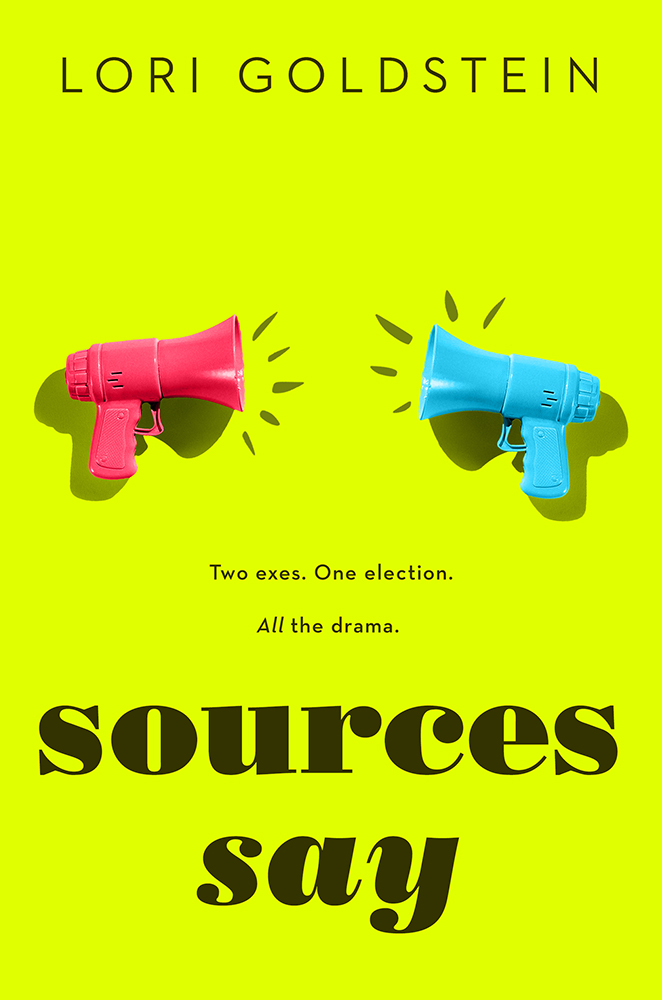 Two exes. One election. All the drama.
For fans of Becky Albertalli and Morgan Matson comes a funny, hearfelt novel about fueding exes running for class president and the scandal that makes the previously boring school election the newest trending hashtag.
At Acedia High School outside of Boston, student council has always been nothing more than a popularity contest. Nobody pays attention. Nobody cares.
But all that changes when the Frankengirls show up. During the very first week of school, someone plasters the halls with Photoshopped images of three “perfect tens”–images of scantily clad girls made from real photos of girls at school. The student body is livid. And the two presidential candidates, Angeline Quinn and Leo Torres, jump on the opportunity to propose their solutions and secure votes. After their messy break up, Leo and Angie are fighting tooth and nail to win this thing and their constituents are mesmerized as they duke it out.
As if things couldn’t be more dramatic, the school’s two newspapers get involved. The Red & Blue is run by Angie’s sister Cat and she prides herself on only reporting the facts. But her morals are tested when The Shrieking Violet–written by an anonymous source and based less on facts and more on fiction–blatantly endorses Leo. Rumors fly, secrets are leaked, and the previously mundane student election becomes anything but boring. 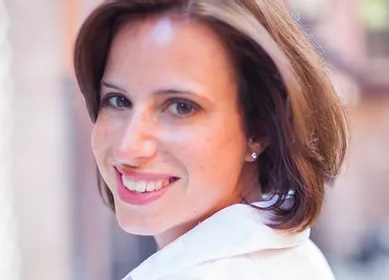 Lori Goldstein earned her BA in journalism but eventually found her true writing passion in the world of fictional people. She’s never met a beach she didn’t love, a book she wouldn’t read, or a strange food she wouldn’t try. She is the author of SOURCES SAY, which Kirkus calls “Entertaining, thought-provoking, and heartwarming”; SCREEN QUEENS, which Kirkus calls “a fun and uplifting story that celebrates female friendship and empowerment”; and the VOYA-starred young adult contemporary fantasy series BECOMING JINN.

Angeline stared at the little blue dot at the top of her inbox. A new message. She hadn’t changed the settings on her computer, but she swore the sender’s name was bigger than usual.
She sat up straighter in the nubby tweed chair—the last thing she’d let her sister pick out—behind the desk they shared in their bedroom.

All those hours in front of her laptop studying every YouTube channel from GamerGirlz to Car Builderz DIY to Bette’s Books to Bet On. Every grasshopper-topped sushi roll she ate, every chocolate laxative cleanse, every questionable and disgusting concoction she’d lathered on her body, all came down to this.

Her hand hovered over the mouse, but she couldn’t bring her- self to click. Instead, she kicked off the pointy-toed loafers she’d worn to school that day, wincing as the air hit the raw pink welt on the back of her ankle. She’d said they were comfortable.

But the endorsement had paid for her new laptop so . . . trade-offs.

She pressed her toes into the white carpet she’d freshly steamed before the school year began and fixed her eyes on her computer screen.

“Ask an Angel” leapt from the subject line, the YouTube chan- nel Angeline had grown into a brand over the past two years. In- fluencer? Please. She was so much more. Part advice giver, part counselor, part confessor, she served her viewers by listening to and answering their daily dilemmas—even if that meant boots- on-the-ground research.

She’d never admit it to Cat, but that elephant dung had nearly made her pass out.

Her sister thought it was easy. But had she ever tried to squeeze herself into the trifecta of compression underwear?

Angeline had come this close to dialing 911. But her lack of circulation had surely prevented others from asphyxiation. Turn blue, and the followers would come. She hadn’t read that in any influencer guide. But it had worked.

As had a modest display of cleavage and pink lipstick. Pink, not red. She’d lost ninety followers before she’d realized that mistake.

Now she had more questions than she could answer, and her ad revenue crushed whatever she’d make working round the clock as a barista. But she was determined to take it to the next level.

The pinnacle of lifestyle YouTubers, promoting positivity, following one’s dreams, and making each day an extraordinary one. An extraordinarily profitable one. Evelyn had raked in half a million dollars from her YouTube channel alone last year—a pit- tance compared to what she’d snagged from endorsements and book deals. Her second book, Girl, Talk like Everyone’s Listening, hit the bestseller list, joining her first, Girl, Match Your Bra and Underwear and Other Life Secrets, which had never dropped off.

And here she was: Evelyn’s Epic Everyday in Angeline’s inbox. Angeline took a deep breath and clicked.

“Bring! It!” she screamed, and Tartan, Gramps’s orange-and- white cat, sprang from her lap.
She’d gotten the invite. The, all caps, underlined, circled, high- lighted, invite. When Evelyn’s Epic Everyday had given her video on “5 Ways to Know He’s Interested” a thumbs-up over the summer, Angeline had known what it meant.

Evelyn was watching her. Her.

Ask an Angel.
Which meant she had a shot. At this.

And she got it.

Evelyn’s Epic Everyday has her epic eye on you!

As you may have heard (wink, wink), she’s putting together her very first YouTube up-and-comers boot camp. only!***

Those she thinks are ready to break out big will make her annual “Top 10 to Get Behind or Be Left Behind” list. And you know what that means! But still, I’m gonna tell youuu! Because it’s that freaking fantastic: every single previous lister has gone on to be a Star of the Super sort.
Think: a million subscribers, two, three . . . five?

Not yet, but you could be Evelyn’s first!

So welcome, Ask an Angel, to your every day being an epic one. But remember: keep it hush-hush! We’ll be doing a big reveal in the lead-up.

See you in December!

Don’t forget to send in that deposit! (Nonrefundable!)

Angeline vaulted out of her chair and pumped her fists in the air.

She spun around and snatched her phone off the bed. She had her messages open to her last text with Leo before she remembered.

They were broken up.

He had broken up with her.

Because of all this.

Is this what they call irony?