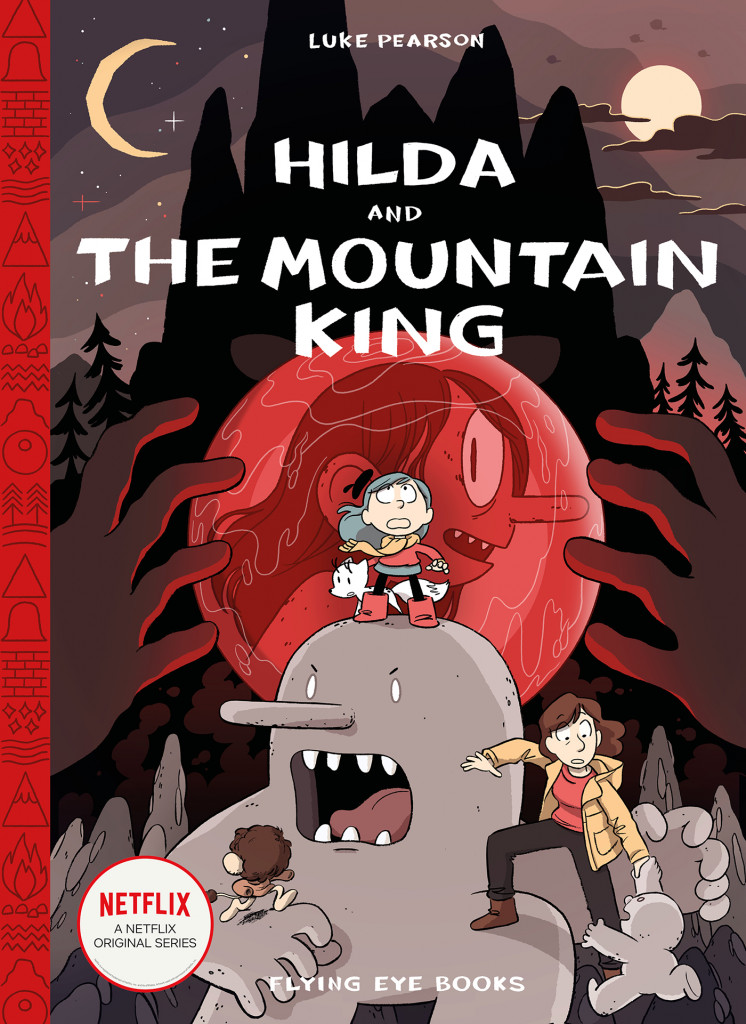 The 6th volume and this time tons of trolls, revelations, and a few moments that brought tears to my eyes.

I read this one in Dutch, but wrote my review in English so more people can read it.

I just LOVE the Hilda series. Well, OK, when I first started the series years ago I wasn’t such a big fan of Hilda. But now after re-reading the series again, watching the show on Netflix when it aired, and read the books that were made after that (which features some parts of the show/GNs but also have new material), I can say I love the series, Hilda is an amazing and strong character.

This one continues where the 5th volume left off. Hilda wakes up as a troll, and we see her place at home in the city has been taken by a troll child. From that point we see two POVs. Hilda’s as she tries to figure out how to get home, how to become human, how to make things normal again. Hilda’s mom as she desperately tries to get Hilda back. I definitely had a few moments during Hilda’s mom’s POV that I was tearing up. I loved how, despite all the dangers, she kept searching, kept looking, kept thinking of new ideas.

Along the way we learn more about the city, about the trolls that live so close to it. Continuing on the last volume, we see that the trolls are getting closer to the city. Not always because they want to, but because something is luring them to it. I loved that this was added. That not only do we see Hilda trying to get back, but that we also get an explanation on what is going on with the trolls. Because the trolls aren’t all bad. Yes, sure, some of them are, but this also goes for humans.

I do wish that Hilda thought a bit more about things, those bells weren’t hung for nothing, yet she thinks nothing of it.

The ending had me tearing up and smiling. It was just so wonderful, and it explains so much about the trolls. I am glad that thanks to this ordeal Hilda learned to talk to trolls so she could help out with the situation.

I do hope that this doesn’t mean the end of the series though. Given the ending (which I loved), I am a bit worried. I want more Hilda, and I am sure this world is still full with stories left to tell. Adventures to have. crosses fingers

All in all, a beautiful and gorgeous volume and I would highly recommend this and the other books.

4 thoughts on “Review for Hilda and the Mountain King”