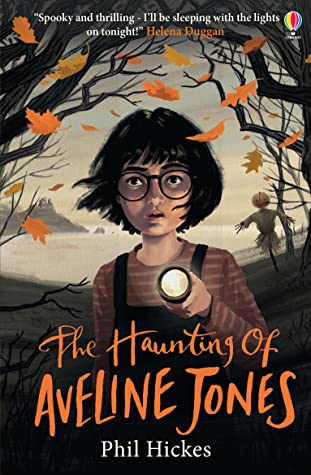 A girl moves to a lonely sea town for vacation and finds creepy things lurking around.

I just loved Aveline, she is a bookworm like me and can get totally lost in books. Not only that, but she also loves ghost stories, which I have been doing since I was small. I just love bookworms in stories. I can often relate to them. Next to the bookworm stuff, Aveline was also a wonderful and brave character. She went on to search for Primrose despite the scary things happening to her and in the end even tried to do something (which was a bit stupid but mostly brave) for Primrose.

Before we get to Primrose’s diary, we already see little snippets of it at the end of each chapter and I can tell you I was a big fan as they gave some good goosebumps! Later on we get more diary entries and I just loved reading them. They gave more insight to the whole situation (and what the story may be about), but also showed a girl who knew something was wrong and was trying hard to have people believe her.

I wish Aveline’s aunt had been a bit more honest about things. And less dodgy.

Harold and his uncle were great characters. Harold took me a bit to get used to, but I loved his uncle. He was sweet, kind, and knew his stuff. And yes, he could win a gold medal for talking. 😛

I found the tradition of dolls/children puppets on Halloween to be extreme creepy. The descriptions gave me goosebumps, but then there is also an illustration of it. Later we learn why the villagers use the dolls and I could understand, but dang, I would just have moved away. 😛

The story about the lady of the water was more sad at first, though became increasingly NOPE as it continued.

I had a laugh that our girl went to the police.. for a ghost. Yep. And she was surprised they didn’t take her seriously, um what did you think would happen?

When that person crawled out of the depths of the sea in a seriously creepy way? OMG NOPE. And then the whole chase scene in the DARK. I love it, but I was scared to death. That was amazingly written!

I loved the illustrations they added to the creepy atmosphere of the book.

The ending was a delight. Aww! I hope they meet again!

This is a book that definitely shouldn’t be read at the time I read it (way past midnight in a dark and gloomy room), but rather during the day. I was spooked out quite a few times and before sleeping had to read a cutesy picture book to calm my mind. 😛

I would definitely recommend this one to all.

One thought on “Review for The Haunting of Aveline Jones”