Not really an exciting week, not much happened. Lots of worrying though about another impending lockdown or stronger measures. sighs But I am looking forward to next week, October is starting which means I am going to be decorating the house Halloween-style. Then there are two special events (Banned Books Week + Kinderboekenweek (Children’s Books Week)) that start.
Reading-wise, a good week. Read some books from the stack (or at least tried them), read some ARCs as well. And near to the end of the week I found out that I had to visit Library #3 soon again, I thought I still had 2 weeks. 😛 So I switched over to some books of that library, though I won’t be able to read them all, because I decided to go even sooner (today) due to hints there may be a lockdown/bigger measures for the city that the library is in.

What did I read from my TBR this week? Egypte (fun and interesting though I already knew almost all of it), Game, Set, Match (with the exception of annoying Vanilla, this was a fun book), 3pak 2020 (first story was good, the rest wasn’t was eh/horrible), The House on Cold Hill (this was SO good, it gave me a lot of goosebumps), Kasteel in zicht (interesting and with beautiful illustrations and good stories), Bakpret met kinderen (I found some yummy new recipes I want to try), Ridders kussen niet (the girl was annoying and should understand no is no), Dit is Jeruzalem (gorgeous illustrations but I didn’t like how there was no mention of a wordlist until you bumped against it at the end, until then I was just utterly confused).

I tried and dropped: Anna K. (the characters were just so annoying and I don’t like how we switch willy-nilly to them), Max Modderman (I already got a bit tired of the MC after 2 books, but just a few chapters of this and my eyes threatened to roll out of my head), Precious You (good lord, annoying characters and constant generational judgement/prejudice), Motorboek Nederland (it got very boring very fast, I was hoping for some new routes, but too much talking about everything).

Here is a new stack. Not as big as last week, but I got to ration things, at least until I am sure that there won’t be a lockdown. Plus, there is also the Banned Books Week this week and I want to read some books (which I got digitally) for it. Also, on Thursday it is October and that means I want to start reading some spooky reads! 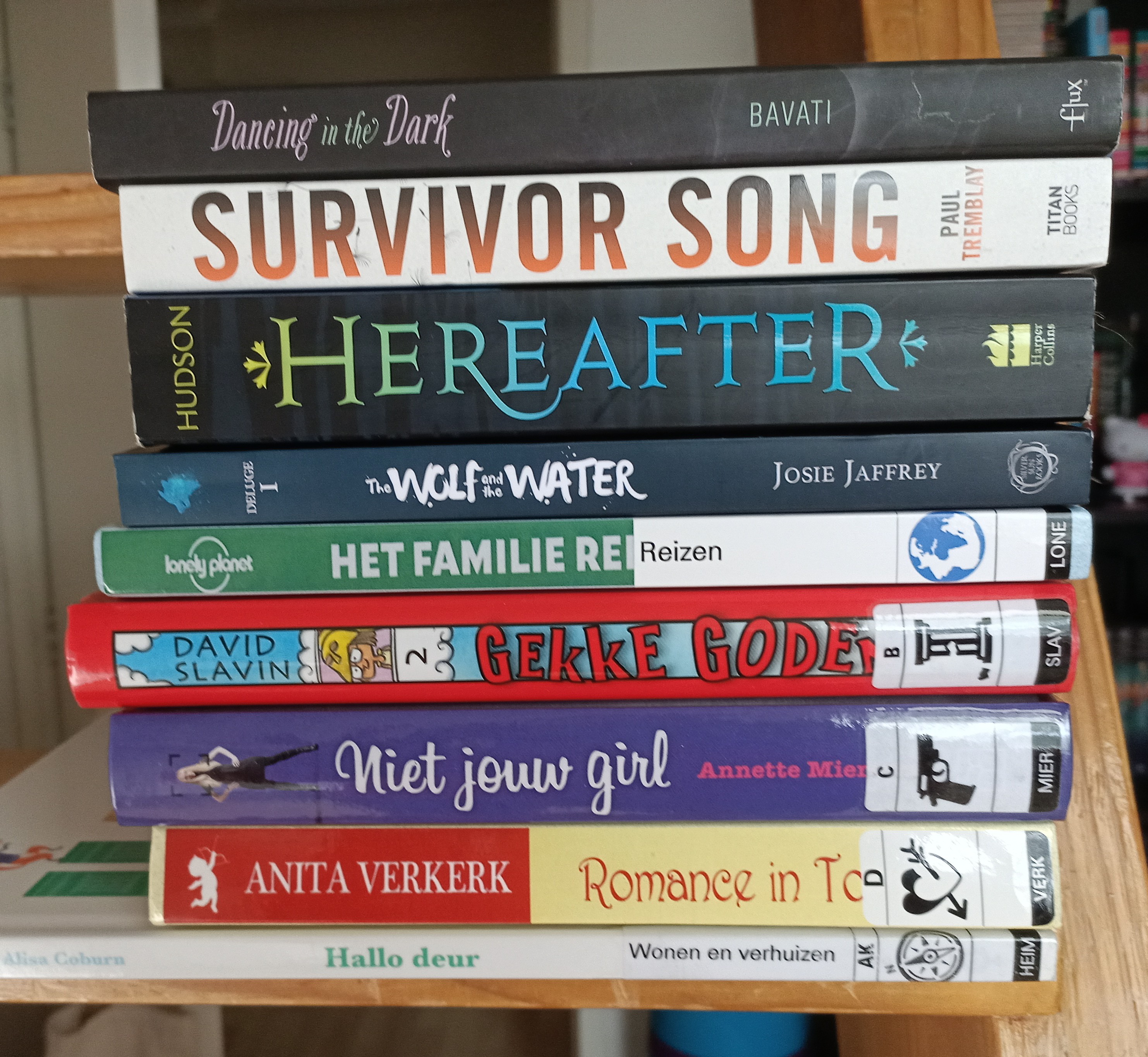 And that is the end of this week’s Sunday’s TBR Updates. I am excited to have some new books and to finally start on those spooky books. I hope everyone has a great Sunday and a great week. Stay safe everyone!