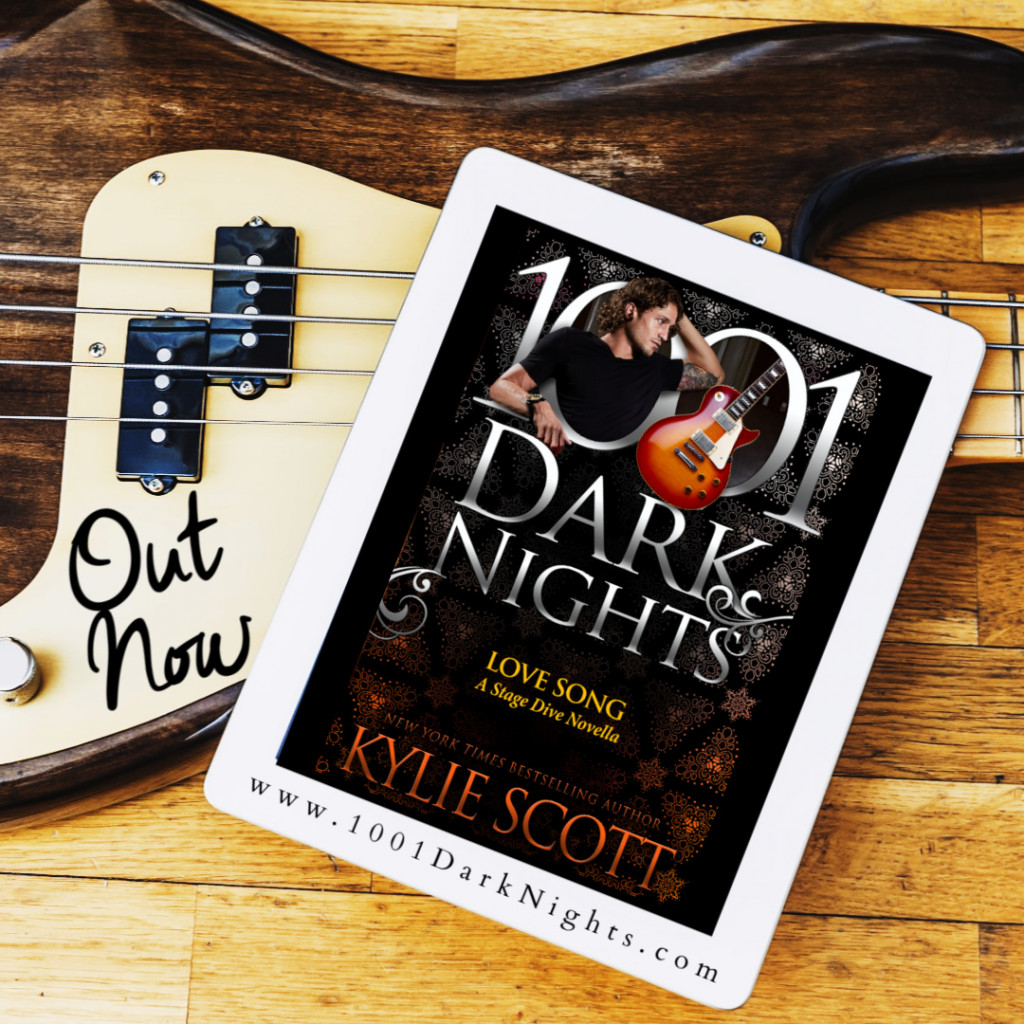 A singsong welcome to the Blog Tour For Love Song by Kylie Scott. This is book 4.7 in the Stage Dive series, and boy it sounds so sweet and awesome. I definitely hope to read it (and the other books).

For today’s tour post I got an excerpt + author/book information!

The book came out yesterday so I want to say congratulations to the author on their book coming out! Hip hip hooray, I hope you had a great day! 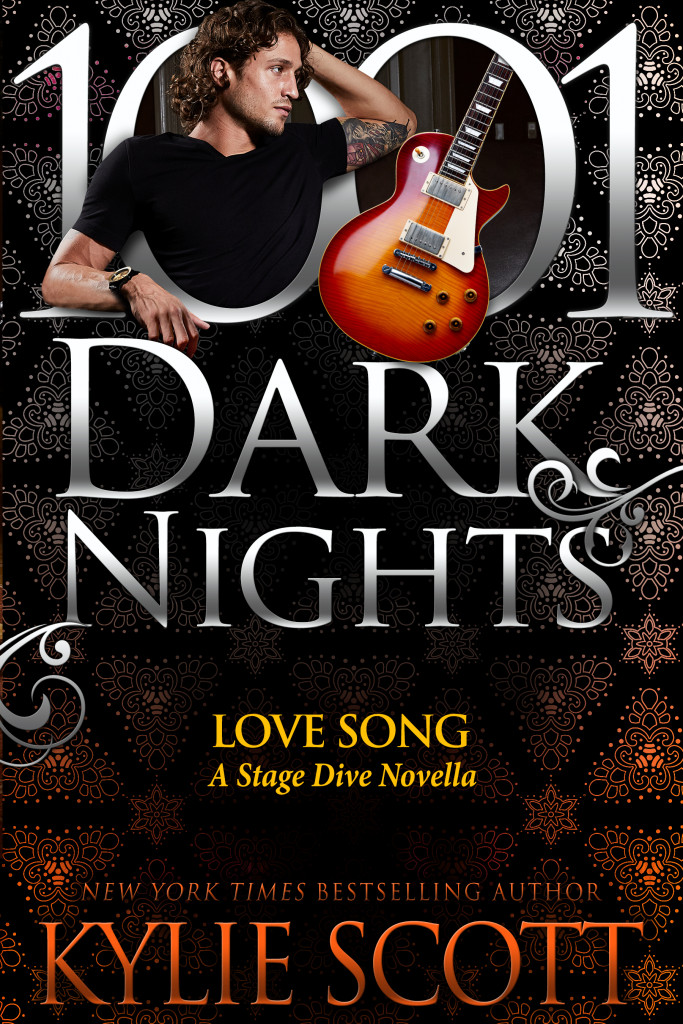 From New York Times and USA Today bestselling author Kylie Scott comes a new story in her Stage Dive series…
There’s always the one that got away. Or kicked you out…
The new darling of rock n’ roll, Adam Dillon, is ready to show his ex-girlfriend, Jill Schwartz, what a mistake she made kicking him to the curb. So maybe he wasn’t the best of boyfriends. Writing great songs and climbing to the top of the charts isn’t easy. Only problem is, he’s fast finding out that success isn’t everything.
**Every 1001 Dark Nights novella is a standalone story. For new readers, it’s an introduction to an author’s world. And for fans, it’s a bonus book in the author’s series. We hope you’ll enjoy each one as much as we do.** 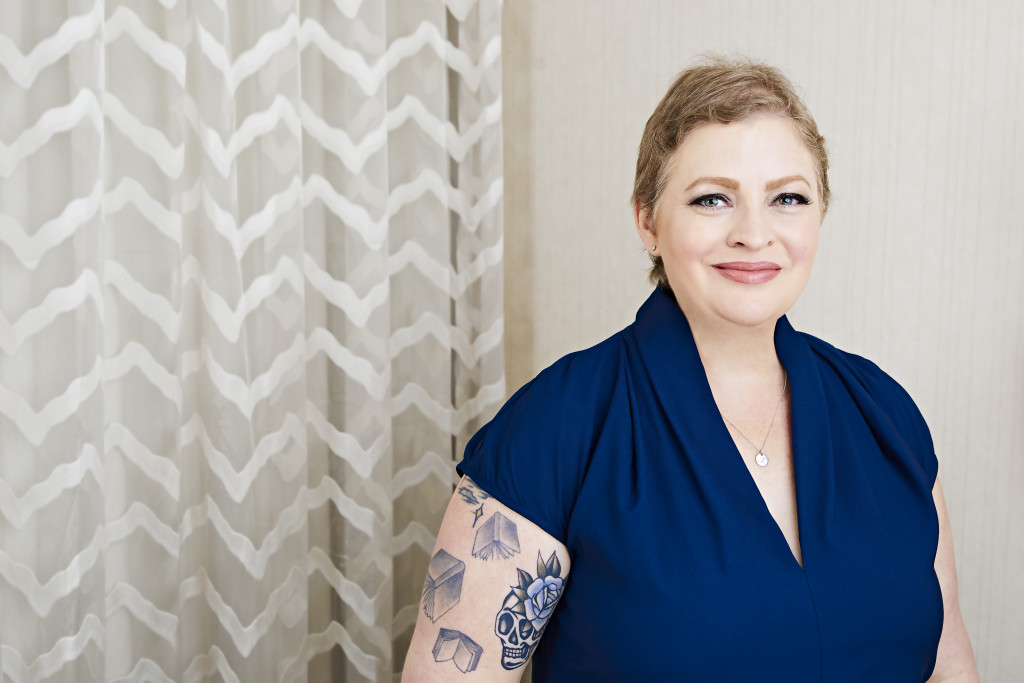 Kylie is a New York Times and USA Today best-selling author. She was voted Australian Romance Writer of the year, 2013, 2014 & 2018, by the Australian Romance Writer’s Association and her books have been translated into eleven different languages. She is a long time fan of romance, rock music, and B-grade horror films. Based in Queensland, Australia with her two children and husband, she reads, writes and never dithers around on the internet.

“No,” said the bodyguard.
“But—”
“Miss, do you have any idea how many people try to get backstage by claiming they have some sort of relationship with Mr. Dillon?” Face a careful blank, the man in the slick black suit stared down at me. He had a point. I’d pushed through a crush of fans, getting my toes stomped on several times, along with taking an elbow to the kidney, just to talk to this guy. God only knew what it took to get near the star of the show.
“I’d imagine a lot,” I yelled back at him. Necessary given the volume of the music filling the space. “The difference here is I’m not lying.”
“But since everyone says that, you can see from my perspective how that’s not actually a point of difference.”
Adam Dillon, rock star extraordinaire, gyrated his slim denim-clad hips like an Alt-Rock Elvis on the nearby stage. He pouted and crooned about the woman who’d done him wrong. Me. That’s right, I was the big bad ex who’d broken him and woke him to the dangers of love. Or so the song said.
The song lied and then some.
According to the lyrics he was currently wailing, I’d ground his heart beneath my five-inch heels before blowing him a kiss goodbye. From memory, there’d been a lot of shouting, but no blowing of kisses. And having just kicked off the flats I wore for work, I’d been barefoot, my legs and back aching. No way had I been strutting around in stilettos. Home from a hard day at the hair salon, I’d returned to find Adam on the couch. The same place he’d been when I’d left for work approximately eleven hours earlier. The same place he’d been for what felt like months as I worked my ass off to pay the rent. That’s when all hell broke loose. However, it wasn’t the only issue that had caused our relationship to bomb. Nothing’s ever simple.
But back to the here and now. I grabbed the slip of paper out of my front pocket, holding it up for his perusal. “My name is Jill Schwartz. How many of those people claiming to know him have one of these?”
His eyes widened as he scanned the name on the check, before widening again at the amount. And fair enough too. I’d had a mild panic attack myself when it had first arrived. When Adam decided to make a statement, he didn’t bother with subtle. If only I could figure out what it all meant. If it meant anything at all, of course. And that question was what had brought me here tonight.