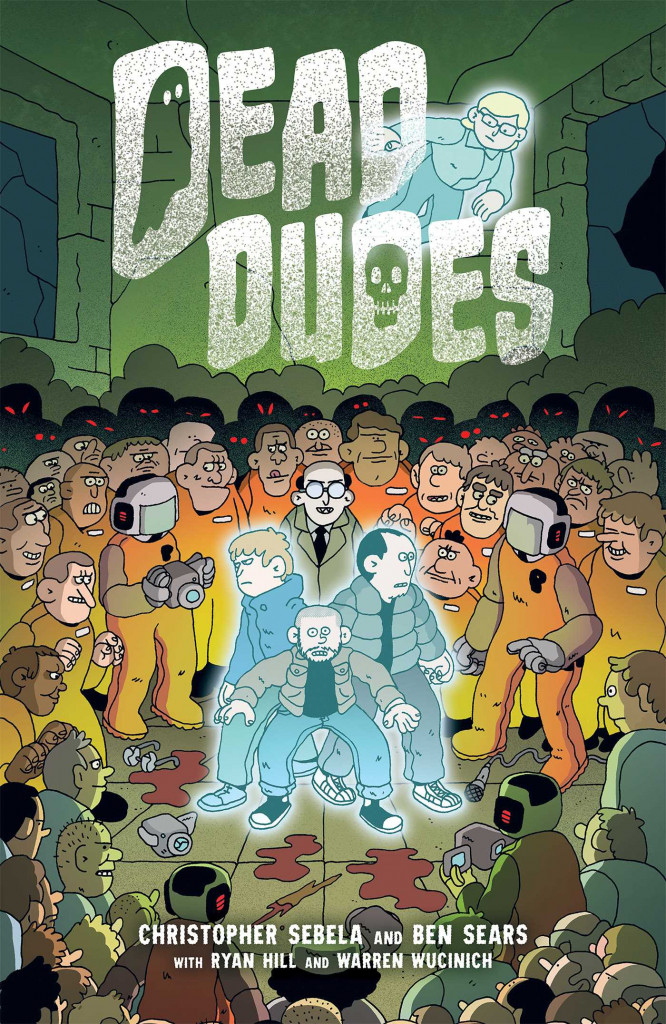 So I was very hyped when I got this book, however I had to keep in my hype until October. I can tell you, it wasn’t easy. I just love a good spooky graphic novel and this one was just calling me to read it. Now it is finally time!

In this one we meet a crew of guys who have a paranormal show… but it isn’t doing so well. The guys will have to do something crazy do they want to stay on air and keep their show. So one of them thinks of something crazy and I was just eager to see them go to this so called Chernobyl of ghosts. I wondered what would happen to them and I also declared them crazy as freak. I get they want to go all out, but HELLO no one ever returned from that hellspawn of a place. Oh well, at least one of them had the sense to say no, not that they listened to him (run dude, run).

I loved the information we got on the prison, it definitely got me into it a bit more. Knowing what has happened there. And when they finally got to the prison things quickly went south, as I was hoping from the most haunted place ever. Sadly… after that it quickly turned normal (or normalish) again and I was wondering how the hell there were another 100 pages to come. Thankfully something else happens, but yeah, I just wasn’t in the mood for it. I mean the cover made it seem awesome, and with the exception of a couple of pages, so far I have yet to see awesomeness. This just couldn’t hold my attention. I kept looking at the page numbers in the hopes that I was almost done. There is so much dialogue and so not much fun horror creepiness. sighs

There are some exciting parts, but I don’t know.. I just couldn’t get too excited. The characters just weren’t my thing either, I get that they hate those guys that came in after them, but it took them way too long to try and help them out. And the nurse was scary… but not that scary if you keep seeing her in some big blob mode for pages after pages and her not doing much except try to be scary.

The ending was OK, I am happy for our Ghost Bros and how despite all they can still have a happy ending.

Also, instead the annoying red lettered BLEEP BLEEP BLEEP, I would have rather seen some curses, it just felt very weird and odd now.

The art was OK-ish. Not always my favourite though, but still good enough.