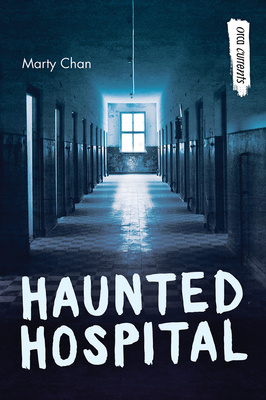 A book that started off pretty good, got better, and then just went downhill for me.

I just LOVE books about haunted hospitals/asylums. Especially when they have creepy stories to go with it. I was curious to see what kind of things haunted this place and if the kids would come out safely. However… as I read the book started as a 4 star read, went to 5 star, and then down to 1 star.

The hospital was so good and I just loved how they had this game and decided to use the haunted hospital. There were creepy things happening, not just a cat that popped up at the most inconvenient times, but also creepy voices, shadows flitting by, items being moved. I had a laugh that the other kids thought Xander just went overboard with everything, while he had no clue why it was all happening. Those moments were just so scary and I just wanted to crawl deeper into my bed.

I loved the Spirits and Specters game and I would so love to play with the kids. It sounds so much fun and I like the locations they picked, the things they had to do, and much more.

But…. then we find out that the ghosts

Then even Priya got in the mix. I already wasn’t too big of a fan of the character with how she constantly thought she was the only one to be leading these creepy things. And there were some other things as well. But then later we find something out about her that I just found too overdramatically done. And I speak from experience, believe me. That is all I will say because I know how touchy people on the internet get.

So yeah, a story that could have been scary… but sadly went all downhill. sighs

2 thoughts on “Review for Haunted Hospital”