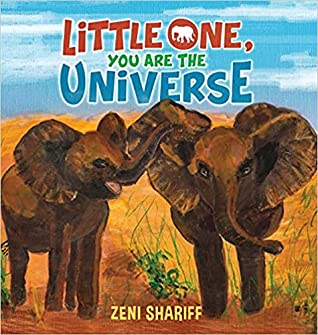 I spotted this book on Netgalley and was interested in it. I love stories about elephants, they are also one of my favourite animals, so I just knew I had to try this out.

A book about two elephant friends, Adia and Lotus who get separated one day and then at the end get reunited. We see how their friendship started and I was just awwwing and ooohing at the cuteness of it all. They were just the cutest! How they told each other about their dreams, their plans, how they had fun eating fruit and playing with water.

But the happy days aren’t that long and they get separated. Which was a bit confusing as we mostly saw Lotus’s experience and then only know that Adia is somewhere else when the birds tell the railway elephants to flee to the boats. For my feeling Adia never moved. 😛

I do wonder how they ever found each other. Canada isn’t as tiny as my country, so it isn’t an easy trip, especially since we see seasons have passed since Lotus has come to the country. Or was that also Adia? The art definitely didn’t help making the story more clear, so maybe I just mixed things up. Either way, I did like that they found each other again, and at a party even. It was quite cute to see them still remember the other despite many years having passed since then (which I also never felt, I just thought a short time had passed).

Sadly… the art… sorry not my cup of tea. Sometimes the elephants looked like elephants (like the cover) but at times they just didn’t. 🙁 And since it is such a big part of the book (this is a picture book) I am deducing some points from my rating.

All in all, there are points of improvement here. It was a cute idea, I like the two elephants. But with the story feeling weird time-wise and the art not always working out, it made things confusing.