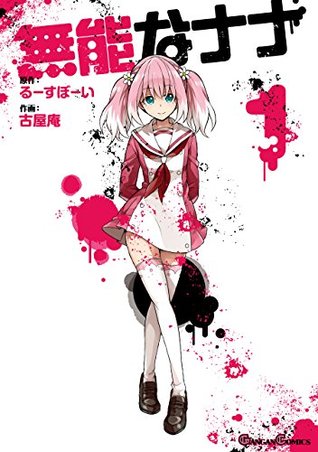 An island, people with talents, and oh yes, a lot more than that. You are in for a ride.

I am currently watching this anime, Munou na Nana or Talentless Nana as it is also called, which pretty much tells you what Nana is from the start. So I guess no spoiler at all.

We are on an island with a class of teens. All of them have powers and are, as they believe, preparing to fight the Enemies of Humanity. Monsters, which can also assume human forms. At the start of the book two new additions are added to the class, Kyouya and Nana. And from that point life at the island isn’t going to be so peaceful. Because Nana has a mission. Which, in my eyes got quite dumb at times (and dumber given I am now at episode 4 or 5 of the anime). I so so love isolated island settings! No way out. No way to contact people. And then there are superpowers. I loved finding out what everyone had and I am curious about the rest of the people we still have left.

Nana is here to kill the Talented. They are the Enemies of Humanity, not some monster, oh no, just people with talents. Apparently years ago some Talented discovered their talents and just went haywire. How much of that is true or not, I guess we will find out as the story continues. At least I hope so. Nana’s mission is to murder the Talented before they do bad things. Yep, she gets numbers from some council that hired her which get more and more bullshit as things continue. One, you are just assuming that they are going to do bad things? Even Moguo who is powermad wouldn’t kill people, not on purpose at least. He just needs to control his emotions and not get so worked up about things. I am sure there are bad Talented, but you also have bad Talentless. But still it is an interesting thing especially given the Talented are unknowing that they are the bad guys in the world.

Nana acts like a mindreader but is just knowledgeable about little tells and other things to let her know what people think. She acts like a cute bubbly girl who doesn’t harm a fly, but then BOOM she goes full yandere on things and she is ruthless. I wonder what happened to her, or people she loves that made her go this way.

Along with Nana we have a guy named Kyouya, I am not sure how I feel about him. He is here to find his sister who went missing, but comes in another plot in which people get murdered. He is an interesting character, but there are points that I was doubting him and wondering what his true personality is.

Along the way things get a bit bloody and creepy. You definitely want to continue reading and see who will survive and if anyone will discover Nana’s mission (Kyouya seems to know) and if they discover the plot against them.

I am not sure if I will continue reading the manga though despite it being a good read, because the anime follows it pretty closely it seems. There were a few little things here and there that were a tad different, but mostly it was step by step the same. For now I will continue the anime and if that is over or if there are too many differences in the end I will go back to the manga again.

But I would definitely recommend this manga though if you like twists and turns, murder plots, an insane yandere MC, and maybe a slightly dumb plot (given the numbers).