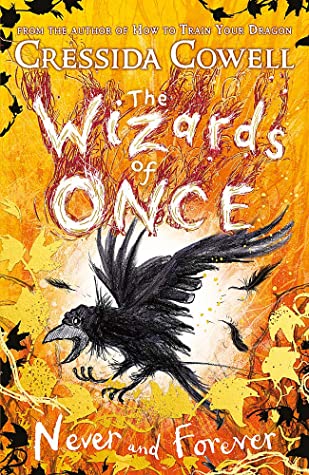 “Never and Forever.” The wonderful finale to a wonderful series.

I have had this book in my possession for a few weeks, but I just couldn’t, didn’t, want to immediately read it. Then it would truly be over. And I didn’t want it to be over. The first book that started it all that I got as a special edition during my trip to England/London in 2018, I am so glad that back then I couldn’t resist bringing that with me, because it started an amazing journey.

In this one the group is on their final legs, it is the last tiny bits and then a big battle. There is a lot resting on their shoulders and I was rooting for them again all the book. There is a lot happening in this book, though at times I thought how much longer till the big battle, and why does it take so long? But in the end, reading it all, I can say that it was well done, there is not a step skipped. There is details in everything. While I would love the battle sooner, I feel that now they were completely prepared. Now everything was done that should have been done.

I love the characters so much. Wish, Xar, Bodkin, but also the others that we meet along the journey. But our main characters? They didn’t just make the journey to the end boss, but they also made a journey in growing up. In becoming more wise, stronger, better, more controlled with their feelings. The biggest one for me would be Xar. Xar who at times was a spoiled brat who loved bragging and was doing all sorts of not so nice things at times. I wasn’t always a fan of him, but in the last book and this one he was just so much better. He still had his tendencies to just brag or lie, but it was much less than before. He changed so much. He really grew up and that made me tear up when he himself noticed it as well.

Then there are Wish’s mom and Xar’s dad. The two are still trying to get to their kids and stop the mission. I wasn’t always a fan of them given how they acted, how they constantly tried to take control, and how they constantly bickered. But nearer to the end I did like them more. They tried. And after a certain event they seemed to warm up a bit more and become more human.

I love that Squeezjoos (whose name is still awesome) got so much of the spotlight this time. He has been kidnapped by the Kingwitch and is turning… turning into something vile and bad. We see that he at times does have control, but for most he is not who he was and that just saddened me. To see such a sweet character turned into this.

The end battle with the Kingswitch and all that happens after, HOLY WOW. That was just intense and I was cheering so hard for Wish. Cheering for her to win. To defeat that evil. To make sure that this world can be safe again. It was really an epic battle, truly an end boss level of WOW.

What happens after the battle just made me laugh, cry, be happy. It was amazingly written and I was so happy.

There is tons of excitement through the story. I really couldn’t stop reading. Though I had to at one point as I had to sleep, but if I didn’t have to sleep I would probably just continued reading and reading and reading until the very last page. Holy WOW, this book was a rollercoaster of amazingness. But also made me sad, made me cry, made me laugh, made me shake my fast at the villains, I was afraid of those witches that lurked in the woods. I loved it.

At the end we find out who the narrator is, I have to say it was still a surprise, but I also somewhere thought that it could be that person. And no, sorry if you are very curious, but I am not telling you. Go read this amazing series. I am very happy it was this person it totally fitted with everything and their role they had in the book.

OH OH, and I loved that the title comes back in this book! And in a glorious way even~

I love the illustrations and how they make the story come further alive.

All in all, this is one of my favourite series now and I would highly recommend it to everyone in need for adventure, magic, unlikely friendship, character growth, and amazing stories. Read it!