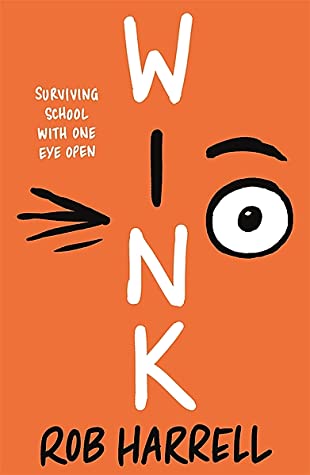 A boy with pain in his eye finds out he has cancer. This book follows how he tries to have a normal life and how he goes through the treatments.

I was already quite eager to read this one, so I was delighted to finally spot it a one of my libraries.

In the end this was a good/great book about a boy with eye cancer and all he experiences as things progress. We see him undergo treatments (good thing he got that second opinion because OH MAN that doctor should have taken a course on how to say news like that I found her very rude and robotic), we see how he has to do all sorts of things to keep things OK/good, we see that things at school aren’t going well (those memes were just WHAT and then we find out who did them and my heart just broke), there is friendship (though I am still wondering what the hell is up with Isaac, is it just because he was afraid of things going wrong/couldn’t handle it), there is a band (though I wasn’t such a fan of those parts as the other boy was just… eh).

I quite liked our MC, though at times I found him a bit harsh. Yes, I get that you have cancer and that you have a ton of things piled upon them and you are not happy, BUT your best friend has to leave you, has to move, has to learn new people, plus she also worries about you and your cancer, she is also valid to have a shitty day, to feel like crap. You don’t have solo claim on that kind of day or feeling just because you have something terrible, and it would be nice if he understood that. He was also quite often quite rude towards his stepmom which just felt weird given how sweet and caring she was. Thankfully, he did know that he wasn’t acting always so nicely and he tried to make up for things.

The batpig comics… not my thing after 3 of them I just started skipping them. Nice idea, but not my kind of comic. I do appreciate that they were added though.

I would have to like more of an epilogue to see if everything is now good in his life. His treatment is over from what I saw, but is he clean? Is everything OK? I know that is a very important moment as well and I was looking forward to seeing it. For now I will just think that he is all better again!

All in all, a book I am happy I read. It was heartbreaking, quite well-written. And I am happy I had the chance to read it.