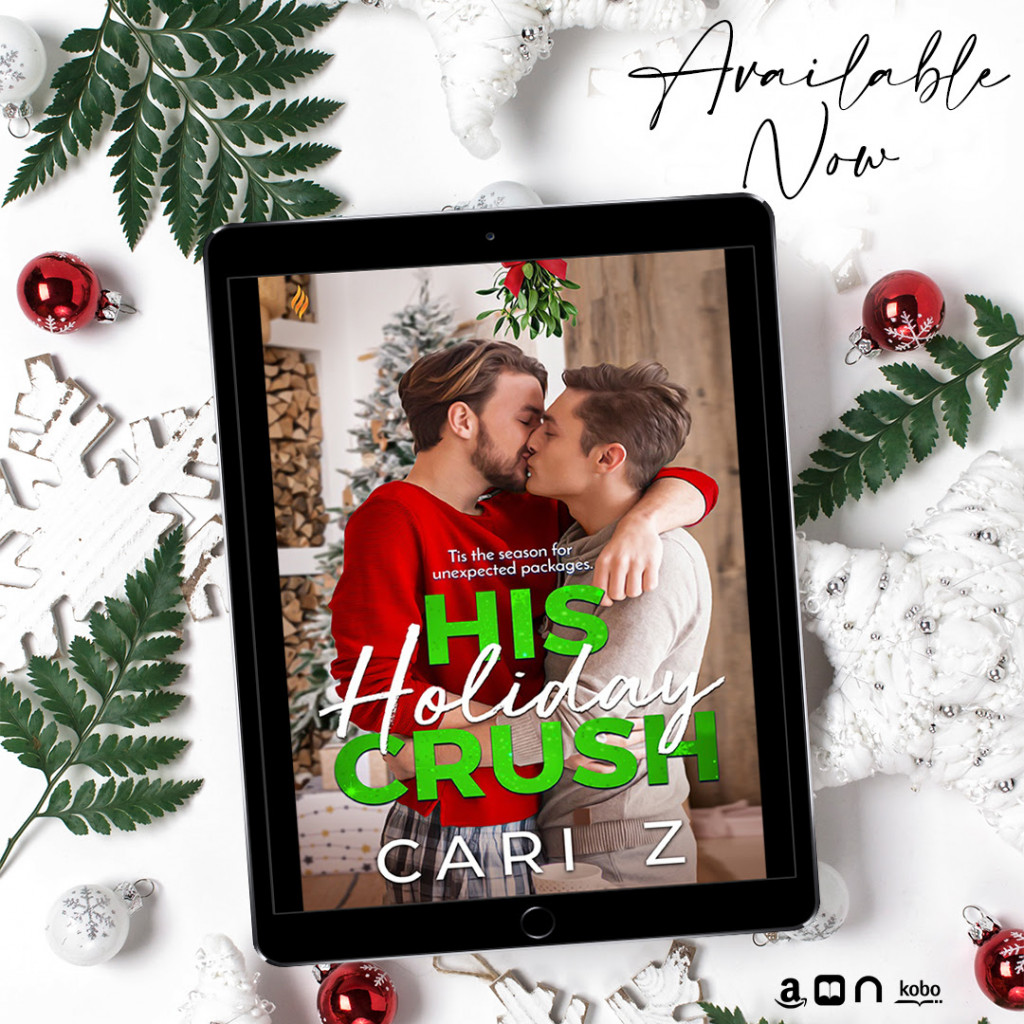 Welcome all to the release day blitz for His Holiday Crush by Cari Z.! And absolutely lovely and sweet book perfect for the holiday season. I am so happy I had the chance to read it early and I devoured it. Max and Dominic are just the sweetest couple.

For today’s party, I got a 5 star review, but also information on the book/author.

A big big congratulations to the author on their book releasing today! Hip hip hooray! I hope you have an amazing day.

I received this book from Grey’s Promotions in exchange of an honest review.

I just HAD to read the book when I saw the blurb and the cover. It looked (and sounded) so romantic. Plus, I have been looking around for some more Christmassy books to read.

Meet Max, a lawyer who is just wayyyy to busy with getting a promotion. He hasn’t been to his old town for a decade (for good reasons that we find out later on) but for Christmas he decides to visit as he just can’t say no to the cute daughters of his best friend, Hal. I loved Max from the start but with each new thing that we learn about him I loved him more and more. He could cook some delicious foods, he works hard, he is great with kids, he can get some raccoons out of your home should that be required (and it is if you live in Dominic home of raccoon), he knows how to help with your home, and there is more.

Then there is Dominic, brother of Hal, and just fresh out of the army with a big case of PTSD (poor guy). He just started with his new job at the police and that is also how he meets Max again when he has to rescue him from a snowbank crash. Dominic is such a sweet guy and as we learn more about him and what happened to him in the army I just wanted to hug him so much. I loved seeing him around the girls and how much he loved them.

The love is a bit fast for me, but given how sweet and swoony it was I could forgive it. Plus, the sex scenes were just WOW and hot and steamy. Just thinking of them makes me warm again. 😛 Max blows Dominic’s mind (and his penis) quite a few times in the time he is around. Though Dominic learns fast and blows Max as well in many ways. Muahhaha.

I had such a big laugh at how Max wanted to go home and the weather and his broken car were both like, ya bro, nope. Just stay there with that hot hunk Dominic and get close to him. Real close.

I loved how the two met up, not your most conventional way, and I laughed when Max didn’t recognise Dominic… but Dominic did know it was Max (because he is a cop + he recognised him). So they were just flirting and then came the realisation.

There is also background on the town, what happened over the years and how it changed, we read about the beaver mascot (with anime eyes, yes really), and what happened many years ago and why Max left. Also we read about Hal’s messy divorce and how he isn’t amused with his ex. I am happy all this was added.

Marcus, while we don’t see a lot of him was a pretty great character. Yes, you could see that he may need to relax a bit more and less work, but I also could see he really cared about Max. Later near the end he really turns fatherly and I was just loving it.

There was just one thing that I didn’t like. Something I have mentioned in many of my other romance reviews (apparently it is a staple for romance books). WHY DOES THERE NEED TO BE CONFLICT AT THE END OF THE BOOK? I won’t delve into it as I want to keep the review positive, but this was just something that made me unhappy.

The ending though made it all up for the dumb conflict. I was so happy with everything that happened there and it made me smile so much. Go Max, go Dominic!

I would highly recommend this book to all looking for a Christmassy, fluffy, funny, sweet story about two guys. 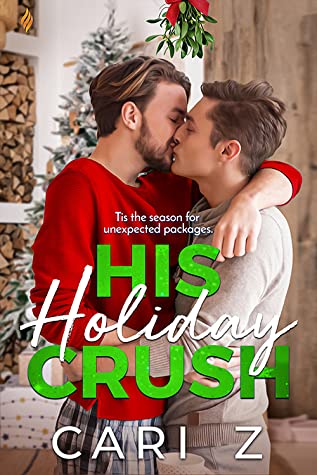 Workaholic attorney Max Robertson is one meeting away from making partner at a big NYC firm when his best friend calls and guilts him into coming back home for Christmas. But there’s a reason he hasn’t been back to Edgewood for a decade–too many bad memories. The plan was to go for just one night, until a wild deer and a snow bank wrecked everything.
Former Army Sergeant Dominic “Nicky” Bell is the new guy on the Edgewood police force, so of course he drew the short straw and is stuck working the night shift. But his evening gets turned upside-down when he gets called out to a wreck in the snow–and it’s his one and only high school crush, looking even sexier than he did back then.
When they both end up stranded together at Dominic’s house, sparks start to fly and Max isn’t sure what to do. But everyone deserves a present this holiday season, right?

Cari Z. is a Colorado girl who loves snow and sunshine. She has a wonderful relationship with her husband, a complex relationship with the characters in her head and a sadomasochistic relationship with her exercise routine. She feels like Halloween should happen every month, which is why you get this picture of her, and hopes that you enjoy reading what she’s put out there as much as she enjoyed writing it in the first place.