dancesTime to party! Welcome to the Release Day Blitz for The LA Rock Star Romance Series Box Set by Elle Greco, featuring all three books + extras! I would love to read this series it sounds very awesome and swoony.

To celebrate the release I got a teaser image + book and author information.

A big big congratulations to the author, I hope you have a wonderful day! 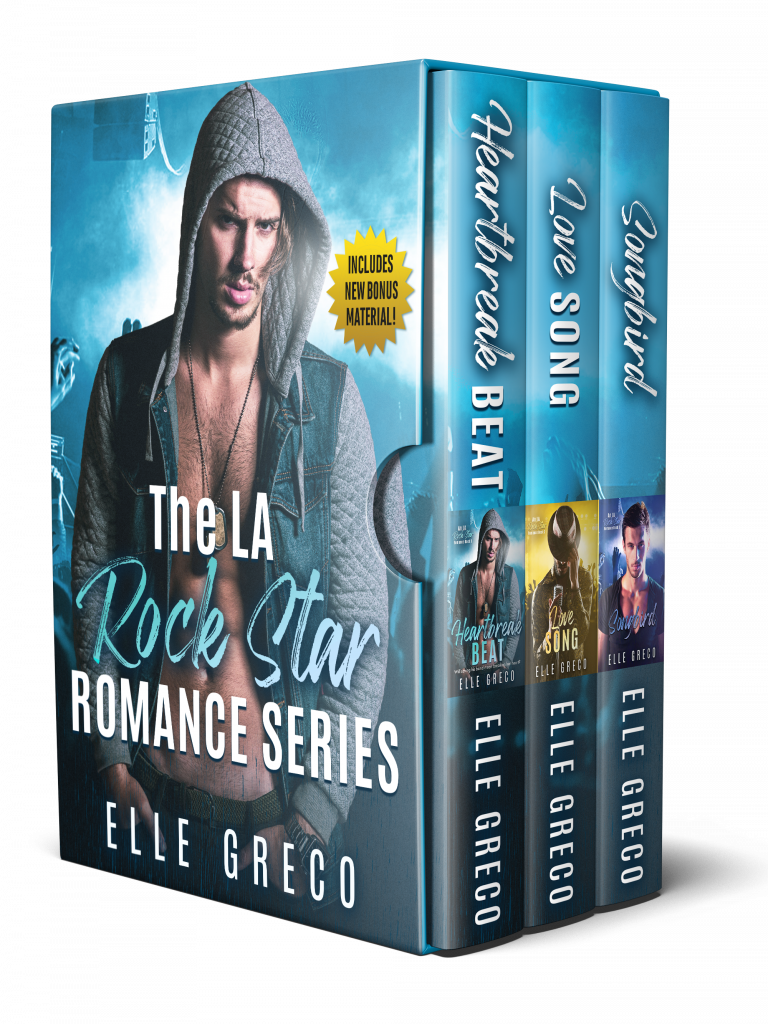 The box set features a new bonus Holiday short story, Fairytale of LA, as well as the original first five chapters of Songbird (since deleted) that were set in New York!
Are you ready to fall in love with three LA Rock Stars?

Love Song: an LA Rock Star Romance (Book 2)
When Jett Benson, songwriter and guitar player for Satan’s Sisters, finds herself unexpectedly homeless and broke, her best frenemy Rafe Davis invites her to crash at his place. Jett needs to get off his couch before she ends up in his bed. Because falling in love is not an option.

Songbird: An LA Rock Star Romance (Book 3)
When the music industry nearly destroyed her, Presley Benson, former lead singer of Satan’s Sisters, decamped to New York to start over. Now working for a pop culture auction house, she needs to return to LA and track down a lost Johnny Cash notebook. She escaped LA once, but can she escape falling in love?

Fairytale of LA: An LA Rock Star Christmas
Reesie Allen needs a little Christmas magic. Can the Benson sisters — Nikki, Jett, and Presley— help provide it? This heartwarming holiday short is set in the studio, where Satan’s Sisters and Rogue Nation are recording their first holiday single.

Songbird Deleted Scenes
The first five chapters of Songbird were originally set in New York City!
LA Detective Nico McNair (aka Det. McHottie) flies into town to try to convince Presley Benson to return to LA. When his flight is grounded because of a blizzard, the two of them spend a snow-filled night in the City. Will he give her a reason to go home? 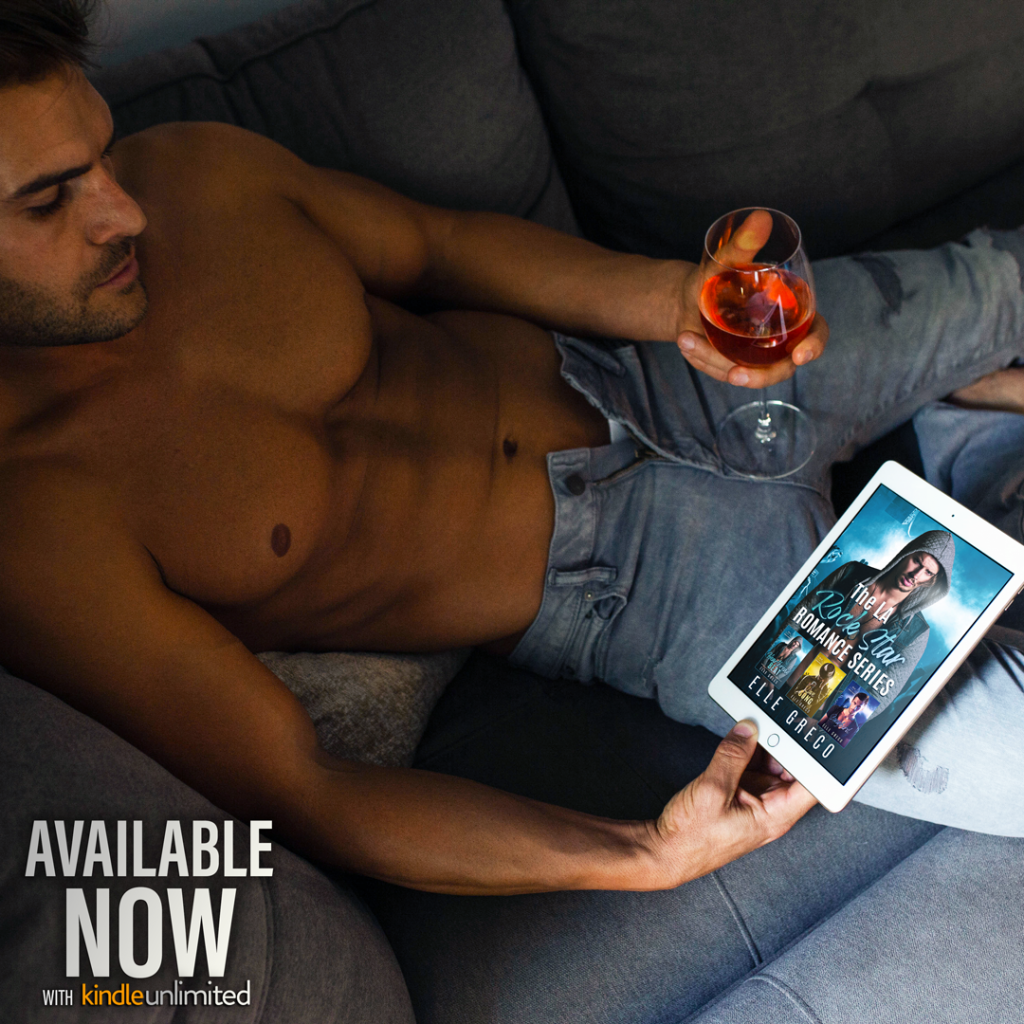 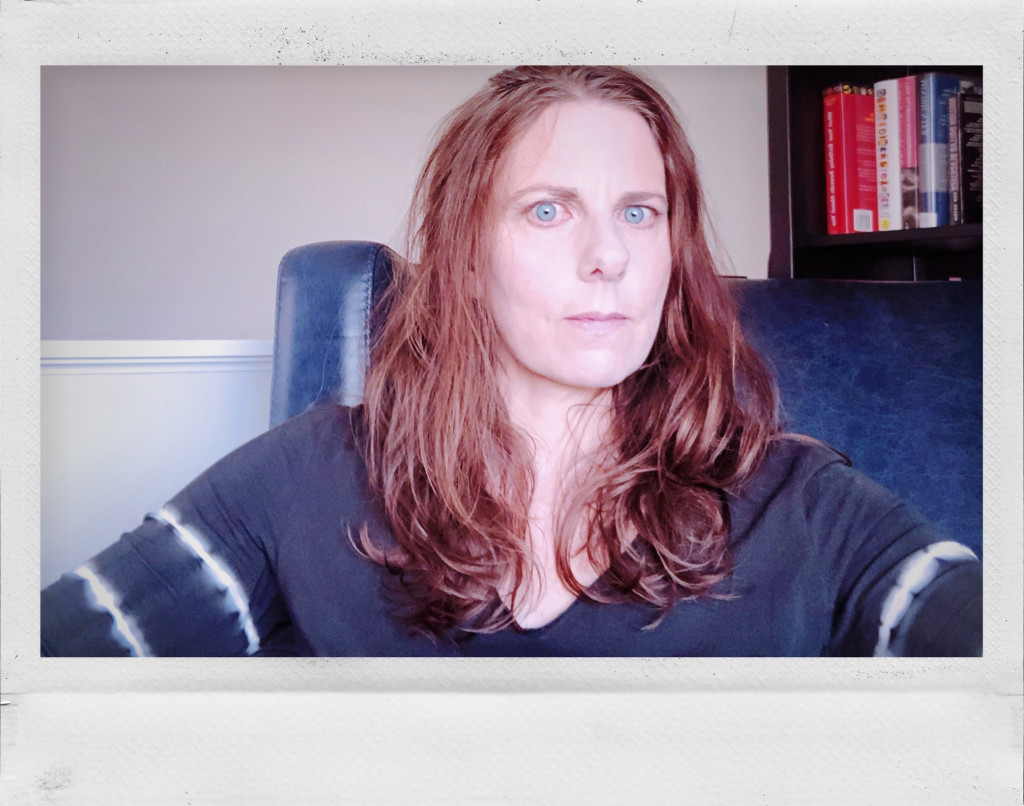 I write fiction about badass women (and the people they love).
Urban Fantasy lovers will know me as Karen Greco, author of the best-selling Hell’s Belle series. My Contemporary Romance books are written under Elle Greco.
While the genres are worlds apart, strong female characters are the chain that links all my worlds.
These women are magical. They wield wicked weapons. They play a mean drum solo. They fall in love. They rule the boardroom and the bedroom.
Whatever they do, they do it with swagger.
My storytelling career began when I forced everyone play “make believe” with me when I was a kid. That eventually morphed into banging out short stories on my mom’s old manual typewriter. As I got older, I graduated to penning bad poetry, then not terrible plays as a teenager. I studied playwright in college but my career took a detour and I ended up working in journalism and then entertainment publicity, which kept me busy for 20 or so years.
My “day job” has taken me from gritty rock clubs in The Bowery to glam red carpets during movie premieres and awards shows. My background working with talent (and the suits) in the industry has served me well with the LA Rock Star Romance series.
A few years ago, I decided to pursue my original passion and a few full-length novels later, here we are.
I love anything spooky and impossible to explain. If you love hanging out in cemeteries, the older the better, I’d totally go on a road trip with you.
I have two rescue dogs, a patient husband, and an awesome kid.