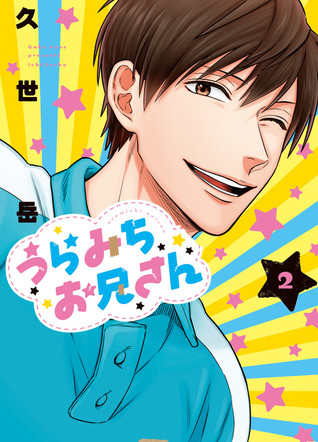 I received this manga from Netgalley/Kodansha comics in exchange of an honest review.

As I said in my first volume review (see here) apparently the English volume is two volumes in one. I already wrote almost 600 words for the first one when I got to the end of the first half and found out there is another volume there. So I decided to split it up.

The second volume and I am so enjoying this one! We are back again with new shows, new hilarious scenes, and some depressing but at times funny dark comedy.

We see some segments from the previous time come back, but there is also introductions to new ones. And little boys and girls, you may guess how Uramichi Oniisan and Ikiteru Oniisan feel about it since they are the ones in the weird outfits with even weirder names to accompany them. There are also new and very weird songs. Love it! I cannot wait for 2021 when the anime should be arriving. I wonder who is going to be voicing who and I cannot wait to hear the songs! Hyped!

I laughed so hard when they had to shoot a new music video about SUMMER in the freaking WINTER. Hahaha. You may just guess how dead they were inside especially given their outfits. Yes, let’s pretend it is summer while I freeze my ass off. That whole chapter was just one reel of hilariousness. Though I also felt sorry for the group. The mascots had it easy. Finally some time they weren’t hot and melting. 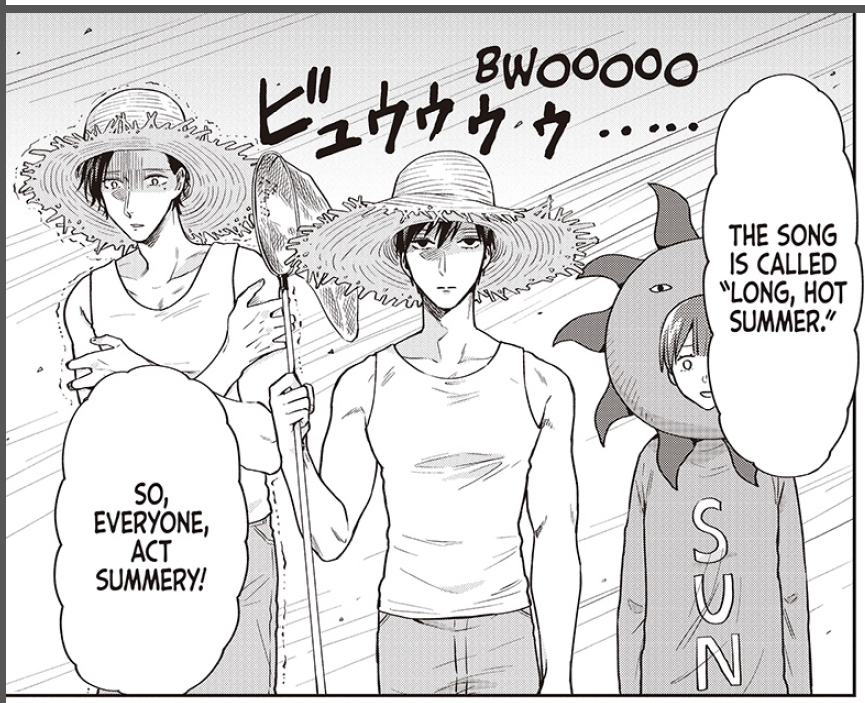 Once again I love that we get some glimpse of the characters (either alone or in a group) outside of the weird show they are making. I also liked seeing the company trip (though poor Uramichi) and had such a laugh at how drunk and weird everyone got. Oh lord. 😛 Plus, we get some early before they were at the show glimpses, YAS!

OH, and I just had a big laugh, the kids are definitely getting influenced by this group of weirdos. During the crafts scene Utano was telling what they were going to make which turned out to be a chain. To which the kids replied this: “A chain?” “Like the Ones that keep grown-ups unfree?” And Utano quickly trying to make something else of it: “That’s right! It’s a necklace! We’re going to make necklaces!” Nice try there girl! 😛
Plus, when one of the mascots get sick and the bunny guy stands in for the bear guy the kids IMMEDIATELY know that something is up and that this isn’t Kumao-san. These kids are sharp! That is not what I am used from kids. Generally they won’t notice. But I guess in this manga they do and that is perfect for what the manga is about. 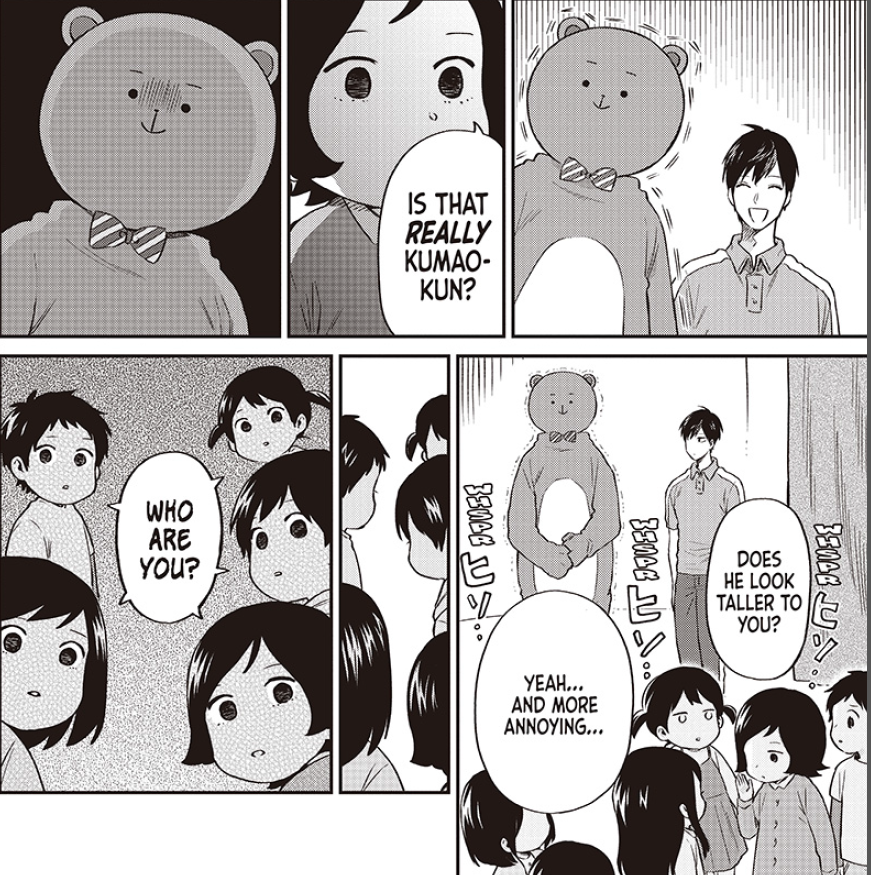 Oh, and as with the previous manga, the parts between the chapters have songs and other fun bits! So happy they were added there.

Once again, just like the first volume, there are tons of funny expressions and hilarious faces. The author really did a fab job on that. They capture the fake brightness, but also the dark and scary expressions perfectly.

All in all, I cannot wait for more of this series it is hilarious and so much fun to read!  Highly recommended.