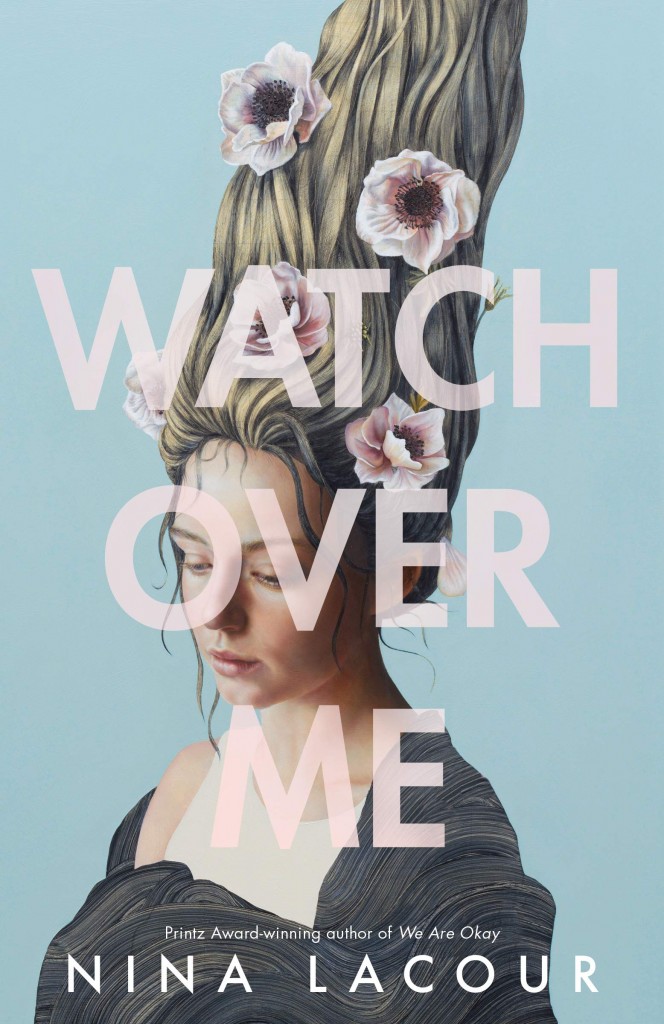 “I’m learning that it’s good to think about what scares you. To bring it into the light. Even to hold it in your hands, if you can, and feel how it can’t hurt you anymore. To think of it and say, ‘I am not afraid.”

I decided to buy a couple of Nina LaCour’s books, mostly because of the covers, but on the other side as they sounded very good and I hoped that they would just be as good as my very first Nina LaCour book which I read a few years ago: We Are Okay. Don’t know why it took me so long to read more of her works, but hey, better late than never. 🙂

I am going to try to write a review, but sorry if it is a bit chaotic, this book was just WOW and made me feel all the feels.

In this book we meet Mila, a girl who has been through quite a lot in her life. She has lived in foster care. And now she gets a new chance. To be a teacher on a farm. It is a farm on which two people take tons of foster kids under their wings. Since the farm is far away they do homeschooling. Mila is a smart girl, plus she needed a new home, a new place to stay since she is just a bit over 18 and needs to leave. Mila is a sweet girl, but she has been through things that no one should go through. I loved how good she was with kids and how well she could teach. Just as the others at the farm said, everyone can explain something, but it is that special extra something that makes you a teacher. And Mila has that.
As the days go by on the farm we see that Mila’s memories are returning, stronger than ever, and that something else is going that makes her doubt reality and if she is still sane.

I loved the descriptions of the farm, of the job, about the cabins, there are ghosts that flit in and out and play during the night, we read about the ocean and about hikes. I could see the place clearly and it was as if I was walking along with Mila as she went on to do her things.

While I did love the foster family and all they did for their many kids, I did feel they were a bit cultish. The golden jewelry, the hushed conversations, how Terry at times acted, how it felt you had to prove yourself to be accepted, how they were cut off from the world. It just screamed CULT alert to me. I have just read too many books with cults that have the same signals as I got from this book.
But again as I said, I loved that these two adults took children under their wing, helped them with their trauams (in a very special way), gave them a home, gave them school lessons (always interested in the concept of homeschooling as that is such an unfamiliar thing for me as it is uncommon in my country), and more. It was definitely a special place and I am sure that it helped a lot of kids.

Lee and Mila’s relationship was sweet and special, but at times I found it a bit too much? Too fast? There was just something that wasn’t sitting right with me in their relationship. I do feel that Mila should have held back a bit. She could still have told him things, but more slowly, with time and maybe not all the details as Lee is a 9-year old. With a trauma and a past. Plus, later on we find out certain things, and OH BOY, NOPE. This is also why I feel that Mila shouldn’t have been so open. She could still be a good teacher, but held back. Then again, we wouldn’t have the story as it is then.

Lizzie/Billy, on the one hand I loved the relationship they had and how that later expanded to Mila, but at times it just felt weird/off? But I am also happy they were there for her when Mila needed them. That they saw it wasn’t going right and that they took care of her.

The ghosts were a nice touch especially as we learn what they are and what they represent. The first time we saw a ghost I was definitely scared, but as the story went on and we saw more about the ghosts, learned more about them, I just found them sad and beautiful at the same time.

I like that we learn what has happened to Mila and what is haunting her so. What happened during the year she and her mother were living under the influence of a dude with crazy ideas. I felt so sad for Mila that she had to go through that and by the end, when everything was told and done, my heart just broke further for her and I just wanted to hug her.

Nina LaCour has a way with words, with telling a story, something that holds you. Something that keeps you reading. Keeps you wanting more. I only had 30 minutes to read during the afternoon, but in my before bed time I just read the rest. And even now after almost 12 hours of finishing it, the book still lingers in my mind.

I also want to give plenty of points to the absolutely stunning cover. Which fits so well with this hauntingly beautiful story.

All in all, I really LOVED this book. I loved the revelations, the writing style, the characters, everything. Yes, there were a few things (Lee/Mila relationship, how it felt so cultish at times) that I didn’t enjoy, but I just cannot rate this book lower. This was such a beautiful heartbreaking book.