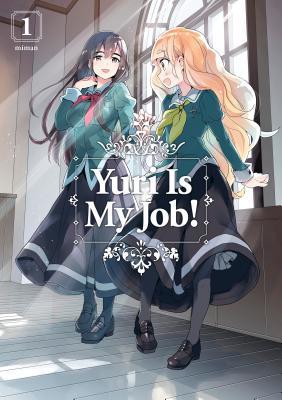 A girl gets roped into a yuri cafe… sadly it wasn’t my favourite.

I had bought 3 first volumes of manga during a sale. This is the second one, I still got one manga left, I left that one for last as I am not too sure how I feel about a gynaecologist manga. 😛

I thought this would be a funny and cute manga about a girl getting roped into being a waitress, but instead it wasn’t, or well that is what happens but more that the characters and their personalities just weren’t my cup of tea. Plus, I found the whole roping in without consideration going a bit too far.

The MC think she is adorable and cute (and sure she does look like that) but her inner stuff… not always a fan (especially when she called those who expose her lies as unpleasant… um whut?), though I did feel sorry for her a few times. They roped her into this whole mess and wonder why she can’t do everything. HELLO? She is new to this job. Instead of constantly dismissing her you could actually help her? In an honest way. Not the sister-play thing way.

Then the peeps at the waitress cafe… no freaking thank you at all. None of the characters were my favourite and I don’t believe for one bit the girl broke her arm just by falling like that. She could move it around like no problem. I have broken my arm twice in the course of my life and believe me, moving my hand or moving my arm without much pain? Not possible. I wonder if the girls of the cafe just needed a new victim, um member to their cafe antics? That is how it felt to me. Especially since the girl could do everything with her arm.

I also saw the reveal coming a mile before it happened. 😛 I do think it is hilarious though, especially given how that person looks now.

But the art was pretty nice at moments. Like during the parts with them playing the role of sisters. With the roses and the sparkles. That was just pretty. And I have to say that the author did a good job on Hime’s expressions. She’s got a lot, most of them inside herself.

So while I love the yuri scenes, I love the title and the cover… sadly I am just not going to continue this series.