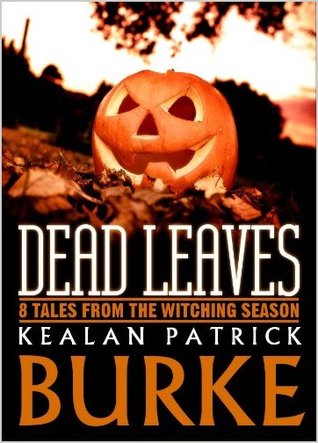 A collection featuring 9 stories…. sadly, this wasn’t as scary as I had hoped. I struggled to get through this book.

I have been meaning to read this book from some time, and I finally got it! It sounded pretty great and I have had good luck with anthologies lately so I was eager to get to reading. Sadly, after reading this I can only tell that this was a big disappointment. The first story was great, but the rest just weren’t my cups of teas. The stories often just felt endless and definitely could use some editing to make things a bit more spooky, a bit scarier, a bit more interesting. The ending were often the best parts which just felt weird after 2 stories. I mean, your whole story should be engaging, not just the ending. I am not sure why I continued on, probably because I just wanted to keep giving this anthology a shot. I hoped to find a story just as good as the first one. I guess in the end I should just have turned away. I mean I started to play Animal Crossing while reading this.. Checking my blog. Checking Twitter.
I wrote a very short bit about each story.

Someone to carve the pumpkins:

This was a spooky tale that brought goosebumps to my body. The ending had me going OMG OMG OMG. Man, that explains a lot, but does make the story endlessly more horrific and scary.

This was a weird story that just got weirder as the story continued. The ending was just what? How? Eh? There were some scary parts, but for most it was just confusing. Plus, the MC was just not that interesting to me.

How the night receives you:

And only that because of the ending which was twisty and turny and good and made me shiver. For most this book left me confused and wondering what was going on and why this girl was so hung up on The Poet guy. Trigger warning:

Tonight the moon is ours:

.. eehhhhhhhhhhhhh? This was just boring for most and then the ending just was weird and I still don’t know what exactly happened probably because I almost fell asleep/lost concentration. What is up with this books boring stories but OK/great endings? The MC in this one was just dreadful, though I also felt sorry for him.

This was just interesting but nothing more. In fact my dislike for the guy only got worse and worse with each new thing we learned and I wasn’t a fan of the women in his life either. Well, except Rebecca, but there is still plenty to tell about her. The story just went on and on and at times it just felt like it went nowhere.

Will you tell them I died quietly?:

WTF did I just read? Witches? Yawning monsters? Churches? Burial? I have no clue what happened. The best parts were the cursive parts, but even then I just don’t know… Not my story.

Not While I Am Around: I am not sure what to rate this one… that reveal at the end though… Holy shit. In overall better than the previous stories, and blessedly shorter as well, but given what we learn and what Billy did… Ehhhhh. Not sure.

Trigger warning: : HOLY CRAP, there was a good story in this one other than the first one. This one gave me a full heap of goosebumps and was horrific and terrific. Dang. That ending as well. Holy crap. This was good. Happy that I continued reading or I would have missed this one.

In total I just cannot give this anthology more than: