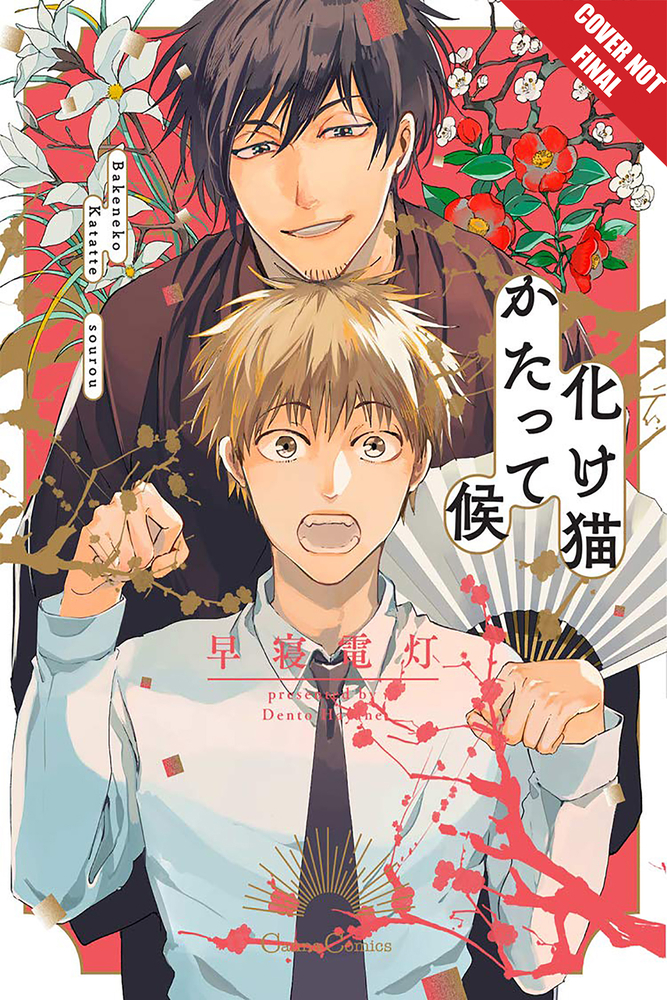 OMG, this was just such a swoony and adorable read and I loved every bit of it. I was already hoping this would be fantastic so I am so happy that it was!

Meet Souta, a man who is totally dead tired and thinking about just ending it all. My heart just broke for him. It is not the first manga character who works too hard, whose work just makes him totally dead inside, but each time I see one of them my heart just cries that these things are apparently so normal in a country. Thankfully, Souta decides not to commit suicide and it is good he didn’t because otherwise he wouldn’t have met Kihachi and then we wouldn’t have this beautiful romance story.

Well OK, at first it is quite awkward between the two. Kihachi isn’t all too happy that he was spotted as a Bakaneko and kind of forces Souta to be his mate or be cursed. But we also learn that they have high compatibility, high energy between them. And later we learn even more about Kihachi and why he flipped into his cat mode. Haha, no I won’t tell you, you will have to read this book yourself.

Kihachi and Souta are such wonderful characters. Kihachi and his origin story and how he loves to tell stories (and how while being human is still very much a cat). Souta who is trying to find a better balance in life and figuring out that you don’t have to work yourself to death to be a good part of society. I loved his new plans for life.

At times I was a bit frustrated with this relationship. We could clearly see that these two have a connection, a spark. But Kihachi keeps treating Souta as a kid, as someone who needs help. Well Souta, well clearly wants something different. He doesn’t want to be treated like this. And I could imagine. While caring and being protective is good, especially given how close to death Souta was, Kihachi just went too far and should instead just have given plenty of hugs and maybe some more kisses. Hint, hint. 😉

There is some drama about the above that was well written. Often in romance/Lgbt I am just not a fan of the drama, but it fitted the story and I was proud that our couple got a chance to really really chat. Show their feelings. Get all those cropped up things out.

We also meet several other characters as the story continues. Like granny who is the boss of a ryoukan and who makes sure that bakanekos don’t get found out, she does the contracts and some other things. I was instantly charmed by this lady. She seems tough, but she just cares a lot. And then there is the Ryokan cat who was silly and enthusiastic, but also maybe a tad annoying. I did think it was sweet how he was rooting for our couple.

The ending was just the sweetest~ I also love the last chapter which gives us something very sexy. Oh yes!

This book made me laugh, swoon, and even cry at times because I was so invested in the story, in the characters. This couple is one you will root for. One that you will love. Nya! Fantastic art. I would highly recommend it.