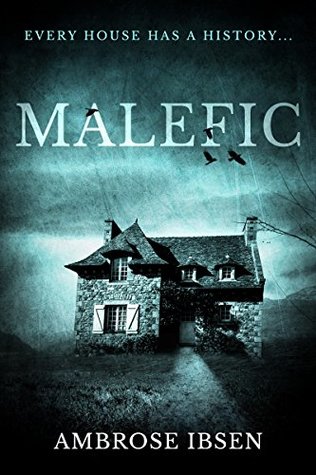 I was a bit unsure if I should read this book given that I just wasn’t a big fan of the previous book (too much repetitions, dumb decisions and more). But I wanted to give it a shot in the hopes that maybe someone could do something against Fiona.

In this one a new family has settled in our home, it is 10 years later and the road/street is a whole different thing now. People are living there. People are making their lives. HOWEVER, our family is in the house. Yep, the bad house. The one with the whispers, the cotton man (we all know who that is), and other creepy things going bump in the night (and when awoken also in the day). They ask their uncle, Marcel, to help out as they know he has done some other spooky things and helped out people. I was really curious to see what Marcel could do, especially when we found out that he still had a way of contacting and talking to his dead wife, Constance. Which I really loved btw, it was really sweet, though given the house it turned really creepy quite soon.

I have to say I wasn’t a fan of Marcel all the time. Instead of just being honest with the family, with his nephew, he kept lying to them. He kept telling things were fine. And that pissed me off. I get that he wants to make things sound a bit better, these people have been through enough, but it just didn’t right to me, it just came over to me as their fears weren’t real. Later on at least he confided in Joey, but yeah, it just didn’t make me happy. Plus, I am just not that much in rich characters who throw their money around like it is nothing.

I did like him doing research and us finding out more about Fiona, but at times I was just scratching my head, he kept a very one track mind on things. Never once did it cross his mind that there may be more ways to transport souls. He just kept his eye on an object. On one specific thing and he never once thought to consider his options. I mean really, you get so many warnings, you learn some horrific things and you keep to your but she is a poor little girl? Boy, please.

There are a lot more stupid decisions. Like for instance, I would have just burned down the house instead of ignoring all warning signs, all creepy things that went on. Haha, it seems drastic but given everything? Just burn it down. The ending just had me shaking my head and wondering why Marcel was being so dumb. I mean, all the warning signs went off for me. And the part where he made his choice just had me screaming at him.

There are still questions I have, like what was that handprint in the crawlspace that we saw in the first book? Does it mean something (given that there were things in the space I would say yes)? Will Fiona ever be stopped? Are there more things to what Fiona is and what she dragged with her?

But will I be reading the next book? Not sure, given the reviews the story doesn’t end there and I am just not in the mood for a never-ending story. Maybe I will give it a shot, for now it is a pass.

All in all, I did enjoy this book for quite some parts, but in the end just can’t give it more than 3 stars because of several dumb decisions and how Marcel was written. 3 stars is at least more positive than the 2.5 I gave the previous book. Haha.