Welcome to a very surprise Cover Reveal! Today I am delighted to be part of the reveal for Incognito by Katie Delahanty! The surprise is that I hadn’t expected this Cover Reveal any more and so I planned a whole day already, and it is 4.30pm, so um, I am cramming this in my schedule. 😛 Hope you enjoy two posts in one go.

Next to revealing the cover I got some information on the book + the author!

The cover is just soooo pretty! 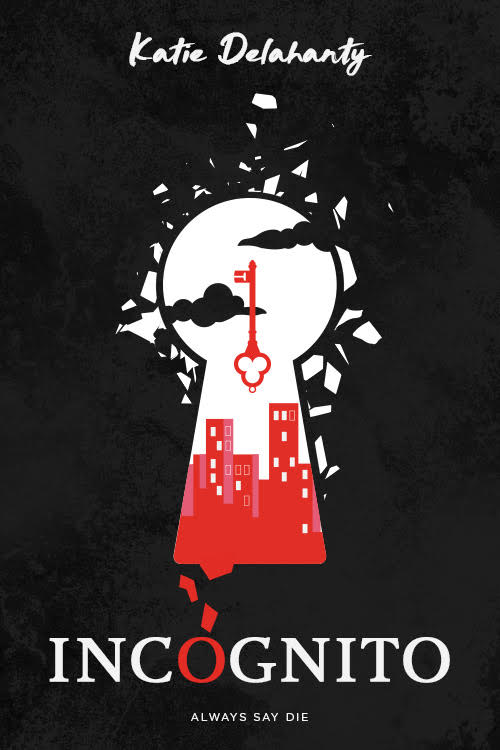 In the virtual utopia of the Simulation, everyone will live peacefully and without fear or needs—at least that’s how they’re selling it. But the government plans to use this program to take control of the entire human race. Elisha Dewitt has just been given her first mission to help prevent this, and she’s ready to prove she can go incognito just as well as any other master thief.
Breaking and entering? No sweat. She’s done worse. Stealing a cassette tape from the museum vaults will be easy—in, out, done—until he shows up…and everything gets way more complicated. Garrett Alexander just has that effect.
Nothing is as it seems, and a dangerous game of cat-and-mouse begins with Garrett, her rival and match in every way. Not knowing who she can trust, Elisha decides it’s up to her to rescue everyone—even Garrett—before the world as she knows it comes to a brutal end. 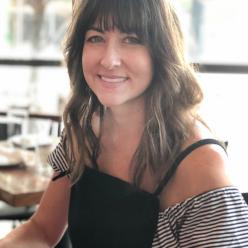 Katie never knew she was a writer. Her childhood obsessions centered on old movies, costumes, fashion, playing dress up, and books. Lots of books. On her quest to play make believe for a living she decided she wanted to be a fashion designer and after satisfying her practical parents by graduating from UCLA with a BA in Communication Studies she went on to pursue her design dreams with a Professional Designation in Fashion Design from FIDM. She spent five years helping to design romantic dresses that were sold everywhere from Anthropologie to Nordstrom before the economic downturn led to a career shift and that practical degree came in handy. Now in charge of the ecommerce business for In Bloom Lingerie, she was asked to start the company blog. Not knowing what to say about lingerie but needing to use bridal keywords, she decided to start a fictional serial about how a girl named Olivia Bloom, who worked for In Bloom Lingerie, became engaged. And that is when Katie fell in love with storytelling and the path to make believe became clear. She has not looked back since. Katie lives in Los Angeles with her husband.