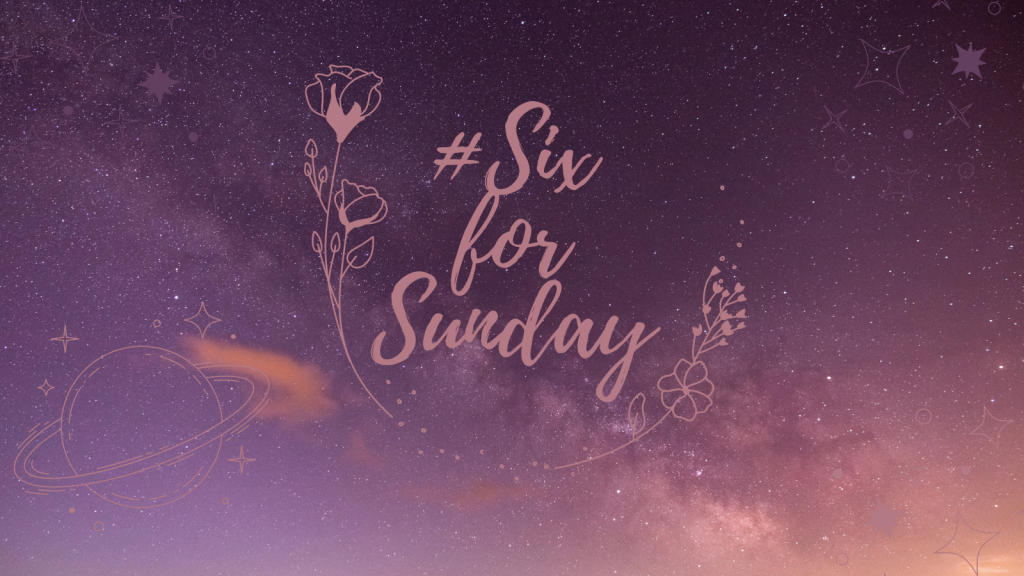 Welcome to a brand-new type of post, Six For Sunday! This week I feature characters who would make great ship captains!

So, I am sure you may be confused as I normally do Weekly Quotes on Sundays. However, I have been having a hard time finding new quotes to feature on my blog and I noticed that I look with dread each time a new week comes and I have to find a book quote to feature. I was thinking of quitting with Weekly Quotes! But then I found a solution! That is Six For Sunday, a post I really enjoy seeing on fellow bloggers sites. Each week I look forward to them. So I thought it would be fun to switch things up. If a theme for Six For Sunday is fun I would participate, if the theme isn’t my cup of tea or I cannot think of anything to go with it, I will do a Weekly Quote! So my readers can still enjoy the Weekly Quote that I know people like, but also enjoy a new feature. I hope you guys enjoy!

The Six for Sunday is made by Steph from Alittlebutalot. Each week features a new theme in which bloggers have to find 6 books/characters/other things.

Without further ado, here are my choices!

Our boy from Six of Crows. It was a tough pick, as I would also have loved to pick Inej. But Kaz, despite his issues, cares deeply about his friends (though he would never confess about that, haha), makes plans well in advance, makes sure things are good and safe, and isn’t afraid for a dash of adventure and action. He will protect his crew.

One of my new favourite characters, Constanta from Dowry of Blood is a sweet and kind girl. Yes, in the beginning of the book she may have not made a very good captain, but as the story continues she grows a spine (this sounds harsh, but that is the best way for me to express it), she gets strong, she is protective and sweet. I think given the way Constanta was around the middle to the end of the story she would make a fantastic captain who will be there for her crew. Giving them freedom, but also showing them the right way of doing things.

I mean you don’t want to mess with Alexia from Parasol Protectorate. She is tough as nails, not afraid to speak her mind, but is also kind and compassionate. I think she would make a great captain that will lead us to great and fun adventures.

I know technically she is from a TV show (Gravity Falls), but there have been books made about the show including a short story collection and Journal #3, so that is why I thought she would still fit. Mabel may not be the best leader for the ship at times, because she likes to party and have fun. But she can also be serious, she is kind, she listens and is compassionate, and I think those are also skills that a captain should have.

This girl is from the comic series Ekho and totally kick-ass. She goes on adventures to solve mysteries and more and I love seeing where she goes each time. Though, she has one issue. She is a medium (or however you would call it) and at times the ghost of a murdered/dead person pops up in her, changing her personality + more. I guess that may make her a bit volatile for captain, but I still vote for her.