Welcome all to a brand-new Waiting on Wednesday! dances Today I am featuring Tokyo Ever After by Emiko Jean!

So I got three reasons why I want to read this book: 1) The cover, it is just so pretty and I love how it is made. 2) This sounds like princess diaries but in Japan and I am totally in that as I like PD and I love Japan. 3) I always have a weak spot for princess stories and finding where you belong/who you are stories.

I am still thinking if I should read this in Dutch or English. Generally I try to read books in their original language if I can read that language, but that would mean waiting a whole year for the paperback… while the Dutch edition is one I can find in the library (if they open again) and it is coming out only a week after the English edition. For now I am leaning towards reading it in Dutch. But we will see! 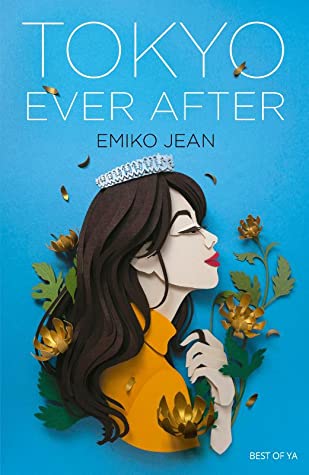 Izumi Tanaka has never really felt like she fit in—it isn’t easy being Japanese American in her small, mostly white, northern California town. Raised by a single mother, it’s always been Izumi—or Izzy, because “It’s easier this way”—and her mom against the world. But then Izzy discovers a clue to her previously unknown father’s identity…and he’s none other than the Crown Prince of Japan. Which means outspoken, irreverent Izzy is literally a princess.

In a whirlwind, Izzy travels to Japan to meet the father she never knew and discover the country she always dreamed of. But being a princess isn’t all ball gowns and tiaras. There are conniving cousins, a hungry press, a scowling but handsome bodyguard who just might be her soulmate, and thousands of years of tradition and customs to learn practically overnight.

Izzy soon finds herself caught between worlds, and between versions of herself—back home, she was never “American” enough, and in Japan, she must prove she’s “Japanese” enough. Will Izumi crumble under the weight of the crown, or will she live out her fairytale, happily ever after?