A colourful welcome to the Blog Tour for This is it For Tonight by Jessica Patrick! I am HYPED that I can be part of this tour, just look at the cover, it is so colourful, and the blurb sounds so interesting (I am already rooting for Andi).

For today’s post I got an excerpt from the book, a giveaway (open to all), and of course book/author information!

Ready? Then let’s get started! 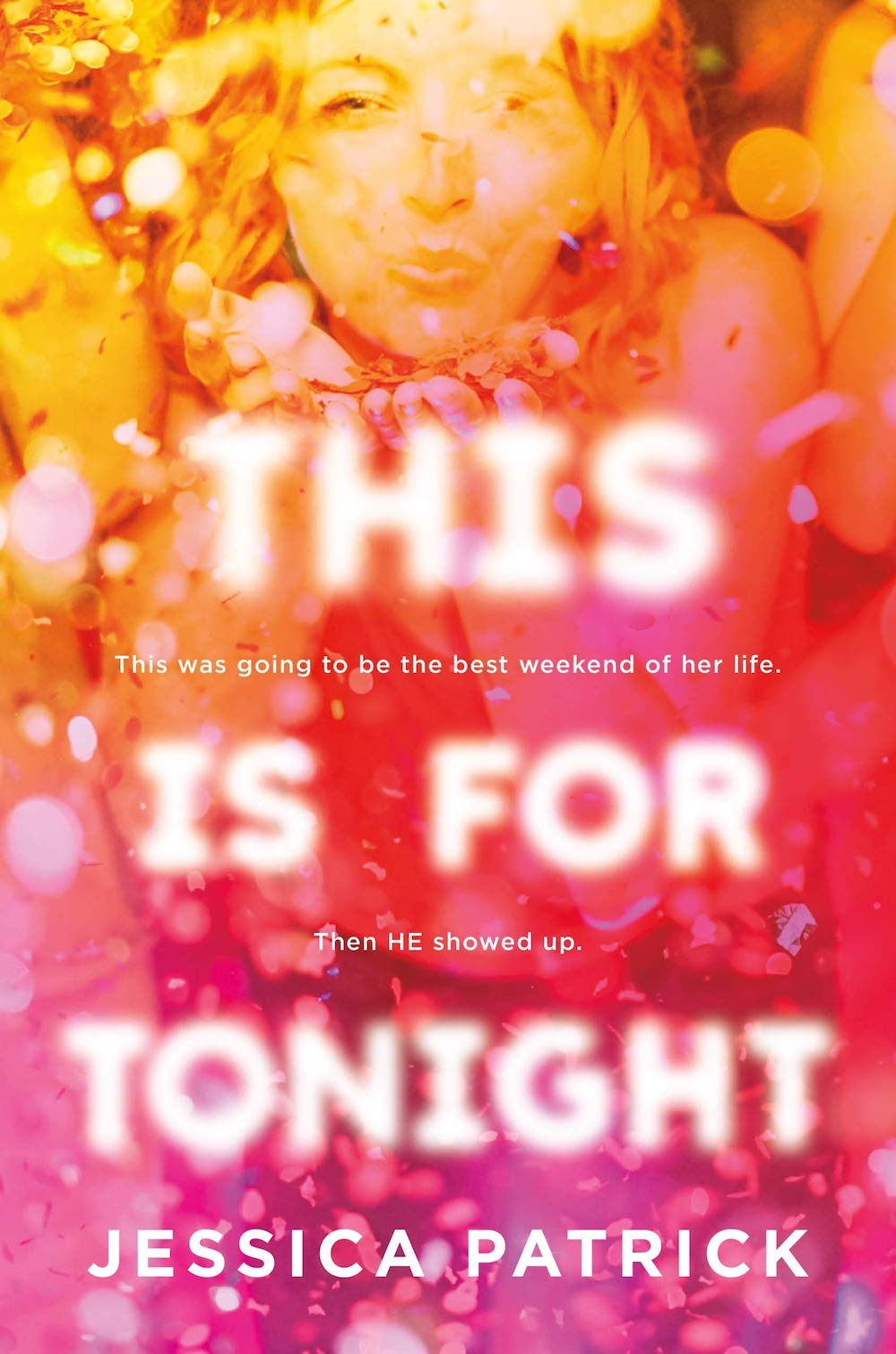 When Andi attends a music festival with one goal in mind – capture an interview with a famous band so she can pay for college – she gets more than she bargained for in this YA novel about family ties and finding your own way.
Andi Kennedy needs to make money for college, and fast. But her little YouTube crafting channel, while fun, isn’t exactly a money maker. So she’s heading to the world-famous Cabazon Valley Music and Arts Festival with a goal – film a video that will launch her channel into popularity and turn it into a legit money making venture, even if it means selling out her creative vision.
Instead, she finds obnoxious Jay Bankar, the annoyingly hot host of a popular prank channel who is the actual worst. Andi hates everything Jay stands for, which makes the undeniable connection she feels with him really freaking inconvenient. Soon she finds herself competing with Jay for an interview with the festival’s headlining band, which could be the key to turning her little channel directly into college tuition. But she’s starting to discover that there is more to Jay than his jerky on-screen persona, and she has to decide what’s more important – winning, or giving a second chance to a guy who couldn’t be more wrong for her.

JESSICA PATRICK runs a high school library by day, writes YA romance by night, and pets as many dogs as possible in between. She lives in Southern California with her cute family and she has an MFA from Spalding University, an annual passport to Disneyland, and about 75 tabs open on her internet browser. She is the author of This is for Tonight.

Jordan lifts himself off my bed and crowds close to me, putting his face right against mine so we’re both in the camera’s frame, my hair almost completely blocking his face. “Your boy got two weekend passes plus camping to Cabazon.”
My head whips toward him so quickly I’m surprised it doesn’t fly right off of my body. “The Cabazon music festival?”
“That’s the one.”
“How did you get those?” The passes for this coming weekend’s festival went on sale, and then immediately sold out, months ago. And for the twenty minutes they were available, they cost, like, hundreds of dollars.
“Sergio won them at work.” Jordan’s best friend works as a valet at a fancy hotel, where he always seems to get nice stuff from people who think it’s no big deal. “But he has his grandma’s ninetieth birthday party this weekend, so he can’t make it.”
I stare at him as my brain slowly processes this unexpected information. “But it’s this weekend,” I finally spit out.
“I know.”
This weekend, Saturday to be exact, is the five-year anniversary of our dad’s death. It was lung cancer, it was an absolute nightmare, and now the actual day, April 16, is completely cursed. Not only did my dad die on April 16, but I’ve been broken up with on April 16, I’ve gotten a flat tire on the freeway on April 16, I had my school email account hacked on April 16. It has been a five-year constant that my life, and Jordan’s life, too, completely goes to shit on this day. The universe knows we’re already suffering and decides to really dig that knife in and twist it around.
I lean back in my chair, out of the frame of the camera, and push my hands through my hair. “Do we really want to go somewhere? Shouldn’t we just lock ourselves inside and ride it out with junk food and Netflix this time around instead of tempting fate?”
“I thought about that,” Jordan says gently. “But then I also thought that Dad would have loved this festival. I mean, where else would he rather have been than surrounded by a bunch of bands? He lived for live music. This could be a way to, I don’t know, kinda honor him. We’ll be doing one of his favorite things, and we’ll be together. There’s no way we could have a bad day like that.” He does have a point here, and I rub my hands up and down my thighs as I mull it over. Jordan got his height from Dad, I inherited Dad’s wavy blond hair, and he passed down his love of music to both of us. Dad, who was a radio DJ, wasn’t exactly musical, and neither are we—I love to sing, but after a few unsuccessful auditions for children’s theater and kids’ choir, we all realized I was better suited to living room karaoke, while Jordan has at least three instruments stashed under his bed that he was never able to get past a month of lessons with. But both of us connect with music on a visceral level, even more so since Dad died. So, yeah, spending the anniversary of the day he died doing something we know he would have loved does seem like the perfect way to connect with him.
“And, you know, next year . . .” Jordan trails off, but he doesn’t need to finish. The rest of his sentence has been appearing in my nightmares ever since he committed to Southern California University, our dream school and our parents’ alma mater, to play basketball on a scholarship. I got into SCU, too, but I can only go if I get the huge scholarship I applied for, because we can’t afford it otherwise. So, seeing my twin every day next year, like I have for the past eighteen years, and following in my parents’ footsteps . . . well, it’s all in the hands of a faceless scholarship committee. It’s a committee headed up by my mom’s boss, who specifically told me to apply, so I guess it’s not completely faceless. But still.
There’s a small chance that next year we may be separated.
There’s a small chance that next year is going to suck.
He reaches across my desk and grabs my still-recording camera, turning it so it faces me. “So, Andi, do you want to go? To the best music festival in California? With the best brother in the world?”
I look directly into the lens. “We’re going to Cabazon!” I scream.
Well, as soon as we get permission from Mom, anyway