Welcome all to a brand-new Book Haul post! Yas! May has left the building but dropped off some books!

This month was actually not too bad! It was one of the better months for sure, especially the later half of it. On the 20th of May libraries opened again after being closed for 5+ months. I got my vaccination letter so I could make appointments for both vaccinations, and I got my first one just two days ago. My hubby and I had tons of fun walking again.

From this stack I read 15 books! Once again, I have four left, haha, just like last month!

Pre-orders/Gift: 10 || Normal: 9 books. Technically Squad Goals is a pre-order, but since it took so long I totally forgot about it, haha. So it is now in the normal pile. 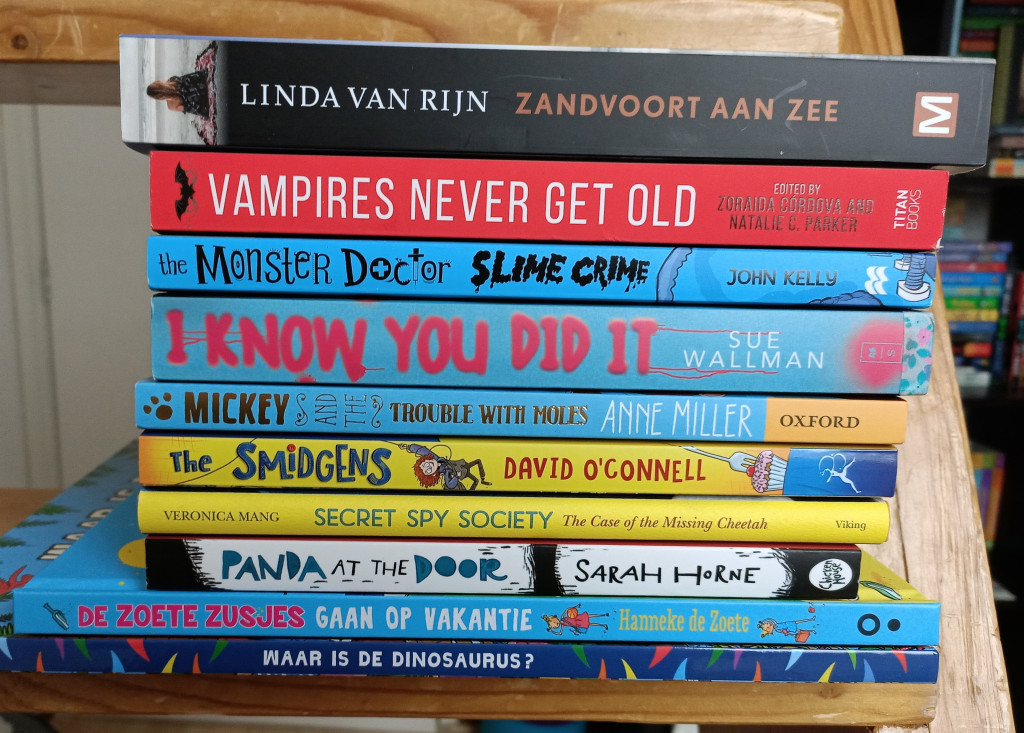 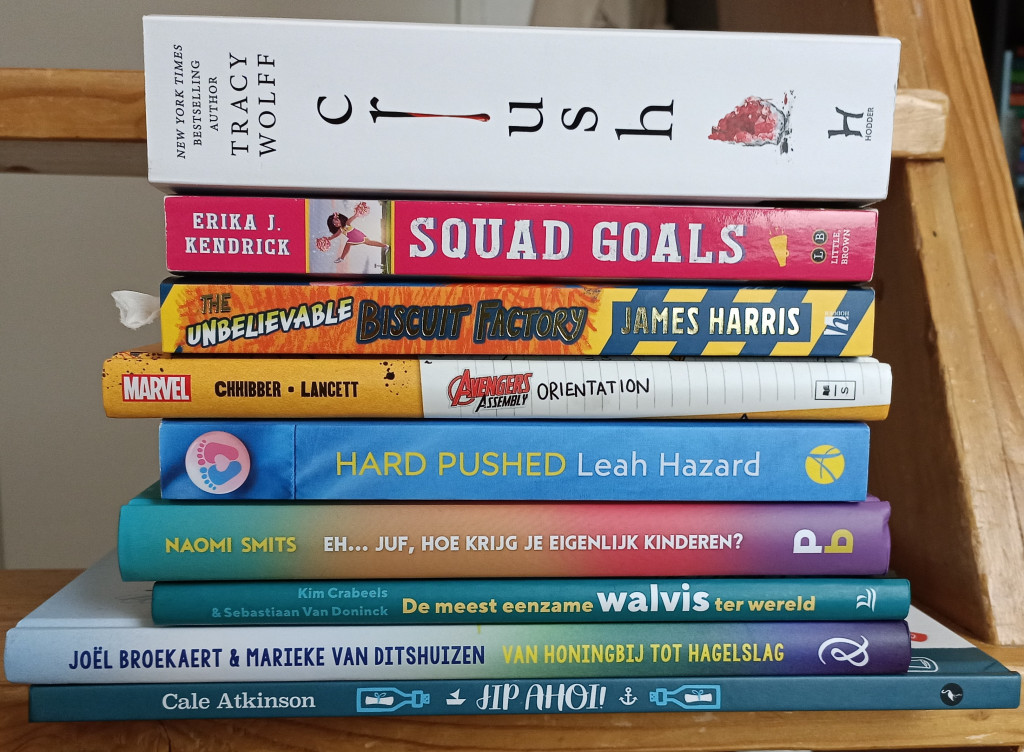 Zandvoort aan zee by Linda van Rijn
Vampires Never Get Old by Many authors
Monster Doctor: Slime Crime by John Kelly
I Know You Did It by Sue Wallman
Mickey and the Trouble with Moles by Anne Miller, Becka Moor
The Smidgens by David O’Connell
Secret Spy Society #1 by Veronica Mang
Panda at the Door by Sarah Horne
De zoete zusjes gaan op vakantie by Hanneke de Zoete
Waar is de dinosaurus? by Helen Brown