Welcome all to a new Library Haul! This time for a brand-new library, which I will call Library #4.

But Mehsi, didn’t you get so many new books just a week ago? Um, yes, yes I did. But I have been looking for an extra library for ages. I thought I found one when I moved to this town, but their rules for gastlenen (loaning as a guest) aka you have one main library and then you can get a free subscription at other libraries, some have a good subscription for guests, others not so much, are very weird. They have added their own rules to it, which means that since I live in this town they cannot be my guest library as their rules specify that the main library is the one in your city/town. I had quite a discussion about it 2 years ago when I moved, but they weren’t swayed even when I showed them the official rules from the official site. I was quite pissed at this because really, I have been to so many places and never had this rule imposed or heard of. BUT the library kept being in my mind, and I really wanted a fourth library again, just like I had for years. So my husband went to find a loophole. Haha. And he found one! Apparently the library is part of a network and libraries in that network allow you to borrow from any of the libraries in that network free of charge, it just gets added on top of the amount of books you have on your card. Apparently Library #2 is part of that network, which means that I can borrow from this one. Muhahaha. Last week libraries opened, but I was just so knackered from visiting three that this one had to wait. But yesterday I tried it out (had fun walking around and finding books), and it worked!

So I got another library added to the mix. For now I won’t visit it a lot, just like the other libraries. But maybe when things are more calm and quiet again and safer of course, I may visit more often. It is quite a small library but they have some interesting things in their collection I want to read. 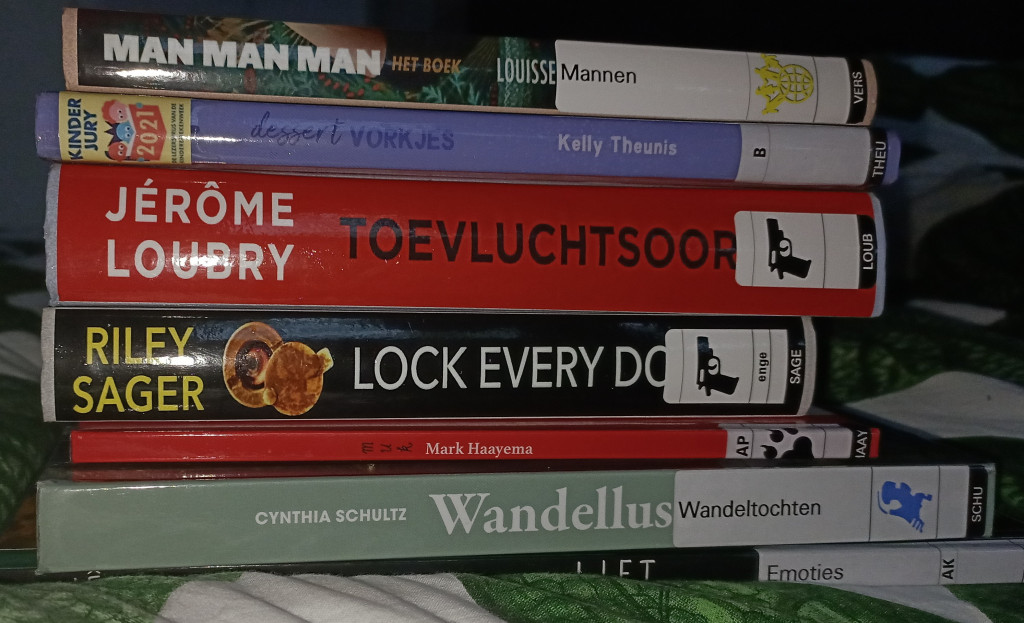